Carlo Ancelotti has picked up maximum points from his first two matches as Everton chief, but now the Italian faces his toughest test yet when his side travel to the Etihad.

Manchester City have looked vulnerable this season, already losing five of their 20 league games – just one fewer than the 17/18 and 18/19 seasons combined.

The Citizens find themselves a massive 14 points behind Liverpool, with the Reds also possessing a game in hand, so Pep Guardiola’s men will need to be nothing short of flawless if they are to produce what will be a miracle come the end of the campaign.

Guardiola has only faced off against Ancelotti twice in his managerial career, with the Spaniard losing on both occasions.

Everton haven’t got the better of City since January 2017, when the Blues, led by Ronald Koeman, smashed four past Claudio Bravo without reply – inflicting Guardiola’s biggest league defeat.

But it has been smooth City sailing since then, a 1-1 draw followed the 4-0 drubbing, the Mancunians have gone on to win four on the bounce.

Everton start the 21st game week of the season in 10th, a win with results elsewhere could see the Toffees rise above Crystal Palace into ninth.

It is difficult to pick an individual with City’s star-studded squad, but Raheem Sterling has really flourished whilst facing off against Everton in recent years.

The former Liverpool winger has netted four times in his last five appearances against the Blues and despite Everton’s recent defensive stability, Sterling will be confident of adding to the 20 goals he has scored already this term.

The hosts will be without Aymeric Laporte and Leroy Sane.

Man in the middle —

Andre Marriner will be in operation of the cards for this one; in 13 games this season he has shown 34 yellow cards and two reds. 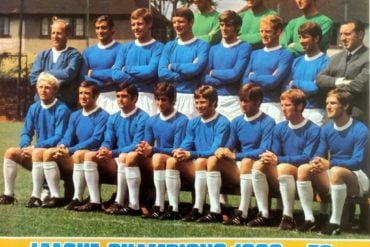