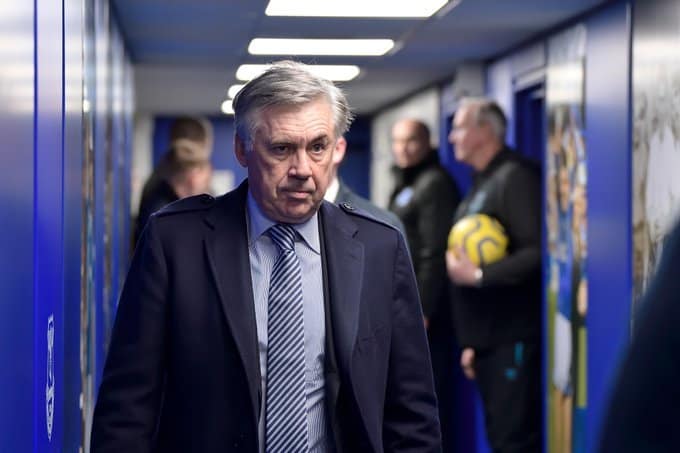 Carlo Ancelotti believes Everton’s upcoming fixture away to Manchester City on New Year’s Day will serve as a very useful benchmark to allow him to assess where Everton are ahead of a meeting next week to discuss potential new signings.

Ancelotti: “It will a fantastic test for us against City, to see where we are,” said the Blues boss. “It’s a really strong team but we have confidence to do our best and play a fantastic game. The moment is good for us and it’s good to have this kind of test. We have to be happy to complete against the top teams.

“The work Duncan [Ferguson] did [as caretaker manager] increased the spirit of the team and so I’ve found players with character and good attitude. I haven’t changed a lot since because we haven’t had time [with the Christmas fixtures].

“The players have shown confidence in the games and I hope this can continue in the next games which are really difficult.

“The players are focussed, concentrated. We’ve changed little bits defensively and offensively. The players have adapted really well and we have to look forward.”