After a perfect start to life as Everton manager, Carlo Ancelotti faces a much tougher test when his side travel to St. James’ Park on Saturday afternoon.

Discontent was rife in Newcastle when Steve Bruce was appointed as Rafa Benitez’s replacement in the summer, but since then, the Magpies have made an impressive start to the season.

After 19 games they are 10th in the league, three points and three places above the Toffees prior to kick-off.

Newcastle are unbeaten at home in eight games, winning on four of those occasions.

St. James’ Park was the site of a clash up there with Everton’s worst outings last campaign under Marco Silva.

It all fell apart after the Blues took a 2-0 lead thanks to Dominic Calvert-Lewin and Richarlison.

An Ayoze Perez brace and a sole strike from Salomon Rondon turned the tie around and gave Newcastle all three points – but fortunately for Everton, both scorers that day no longer play for the North East outfit.

Newcastle are a side that don’t score very often, averaging just one goal per game in the league.

Joelinton cost a whopping £40 million in the summer and has only managed one goal so far, Miguel Almiron only bagged his first goal for the club against Crystal Palace last week and Andy Carroll is yet to net in his second spell at the club.

Former Liverpool man Jonjo Shelvey will prove to be the Magpies’ main man on Saturday, his shooting ability from outside the box and his delivery of a set-piece could well be the downfall of Everton if he is not dealt with in the correct manner.

The hosts will be without Allan Saint-Maximin for the clash.

Lee Mason will be in operation of the cards for this one; in 14 games this season he has shown 39 yellow cards and one red. 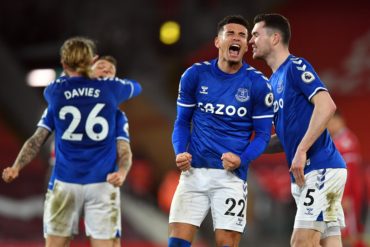