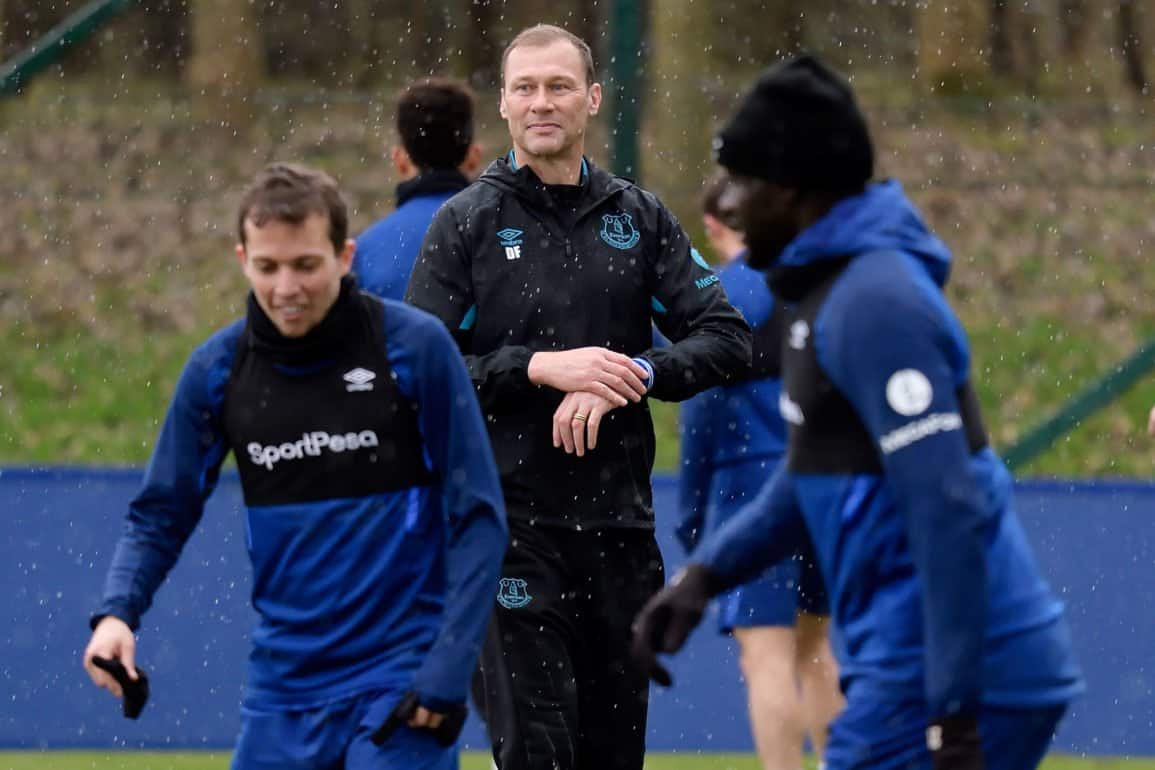 After Marco Silva’s dismissal on Thursday evening, Duncan Ferguson will take charge of Everton against Frank Lampard’s Chelsea this weekend.

The 5-2 loss at Anfield on Wednesday was the final nail in the Portuguese’s coffin, now a hero from the past has the task of motivating a severely out of form Blues side in another massive clash.

Ferguson will be joined by Franny Jeffers, John Ebbrell and Alan Kelly in the home dugout.

Everton go into their 16th league game of the season in the relegation zone but could rise to the dizzy heights of 14th with a win and results elsewhere going in the Blues’ favour.

Chelsea have been surprisingly strong under the stewardship of Lampard.

Chelsea’s record goal scorer took the job under difficult circumstances, Eden Hazard, their star player, was allowed to leave despite the club’s transfer ban, but the 41-year-old has flourished with youth thus far.

After losing back-to-back league matches against Manchester City and West Ham they bounced back midweek with a 2-1 home triumph over Aston Villa.

They are fourth going in the match at Goodison and could go level on points with Man City with a win.

Goals from Gylfi Sigurdsson and Richarlison gave Everton all three points in this fixture last season in one of Silva’s finest moments of his short reign.

Tammy Abraham will prove to be handful on Saturday afternoon.

Everyone knew Abraham could score goals in the Championship, but after a relatively unsuccessful season on loan at Swansea it wasn’t clear whether top tier football was for him.

Eyebrows were raised when he was handed the number nine shirt at the beginning of the season, but he has well and truly repaid Lampard’s faith.

Only Jamie Vardy can better Abraham’s 11 league goals this campaign and the 22-year-old will be confident of getting the better of a defence that has conceded 27 times in 15 games.

Ferguson will not have a full squad of players to pick from.

Fabian Delph and Seamus Coleman are out.

Yerry Mina is a doubt and of course, there will be no Andre Gomes or JPG.

The visitors will be without Ruben Loftus-Cheek.

Craig Pawson will take the whistle for this one. In 12 games this season he’s dished out a whopping 62 yellow cards and two reds.