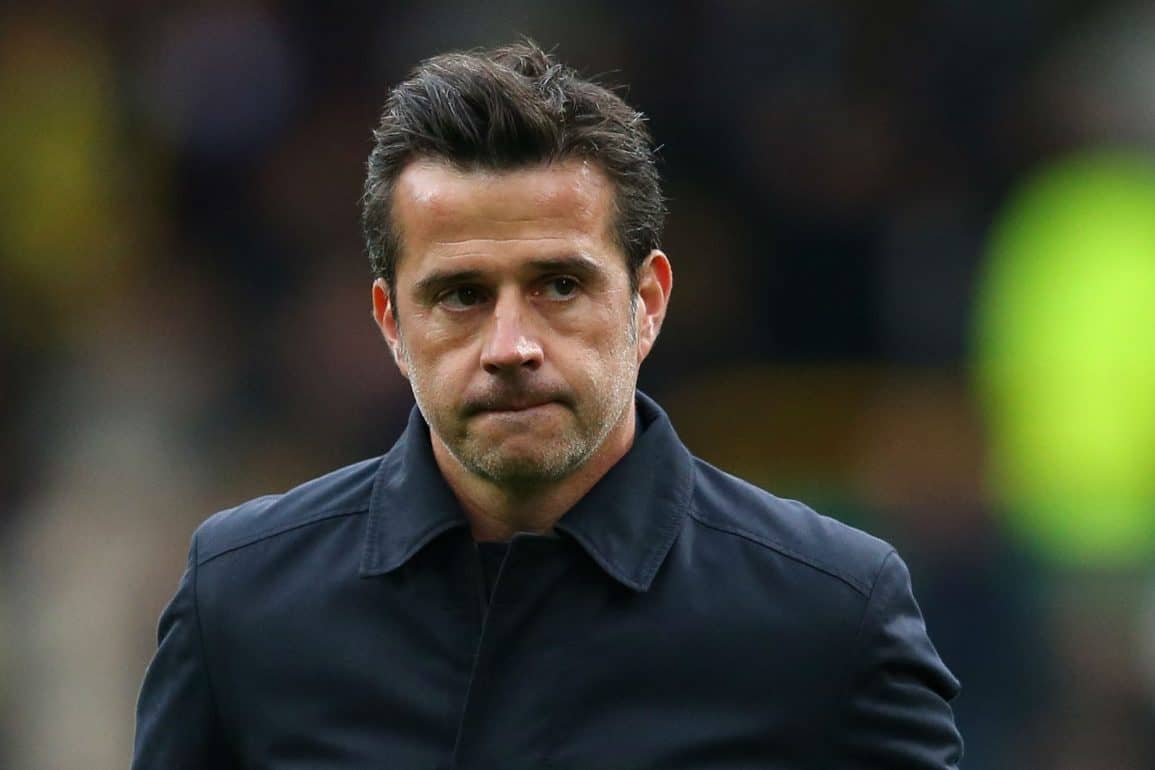 Canaries fly high as Blues slump to another miserable loss.

Another miserably frustrating afternoon for the Blues and Marco Silva as they completely failed to overcome a Norwich City side who hadn’t scored away from Carrow Road since the opening day on the season. A seventh loss of the season for the Blues are in all honestly we got what we deserved – nothing.

Another international break over – a break Everton might have preferred not have happened given the encouraging win away at Southampton – saw the Blues return to Premier League action with the visit of bottom of the table Norwich City.

This game also saw Evertonians celebrate the 100th birthday of former manager Harry Catterick, the manager who built two league title winning teams in 1963 and the glorious Holy Trinity side of 1969/70, and led the club to the never-to-be-forgotten come from behind FA Cup victory in 1966. A huge banner was unfurled in the Gwladys Street and Goodison rose to acclaim and celebrate the man known simply as ‘The Catt’.

The week off had worked well for the Blues in that both Bernard and Fabian Delph had returned to training after respective knee and hamstring injuries. And with a lot of attention on Moise Kean following his dropping for the game at St,Mary’s and him bagging a brace for Italy in midweek and all amidst rumours of a January move, manager Marco Silva was quick to state his view on the teenage starlet.

“Moise has all the support here,” said Silva. “He doesn’t need to find more in his career, we bought him and really believe in him. He has all the support from myself, the Club and his teammates to keep adapting to the Premier League. His present and his future is here, no doubts about that. I speak directly with him and everything is so clear between me and him.”

Reverting to talking about the game against Norwich, Silva noted very plainly and directly, “It’s another must-win game for us.” Expanding further, he commented, “It is up to us to command the game how we want and create problems for them. We need to disorganise them, because they will come with a good defensive organisation to try to create problems for us. It is up to us to create the chances we need to win the game – but always without the ball to be aggressive with good pressure, because they have the quality in the way they play to create problems.”

Norwich arrived at Goodison with just seven points from their twelve games to date, although can count a memorable win at Carrow Road over champions Manchester City as their best performance so far this season.

German head coach Daniel Farke is in his third season with the Canaries having guided them to promotion last season. With his side desperate for points, he had selection decisions to make with Josip Drmic and Jamal Lewis both out of the reckoning, but with Teemu Pukki and Ken McLean having recovered from minor knocks sustained on international duty. Pukki hasn’t scored in the league since the win over Man City but returned to scoring form with three for Finland last week.

Farke commented in his pre-match press gathering, “We responded to every loss last season with a win, so there was no crisis. At this level, you have difficult periods. We have to learn because we are not experienced in a relegation battle.”

Possibly in for a rough afternoon from the Goodison crowd following his infamous VAR decision making and greeted by a chorus of boos was our referee Anthony Taylor.

Early pressure by Everton right from the kick off saw Tosun and Richarlison unable to get a shot away and the visitors cleared, leading to an opening ten minutes disrupted by a series of free kicks, including one that saw Gylfi Sigurdsson bleeding from his mouth.

Norwich forced the games first corner as Cantwell found Byam on the left wing overlap and the set piece saw an almost free header comfortably handled by Pickford. Everton responded by going straight down the other end and winning their first corner on the right. It was a poor set piece and Norwich broke quickly with Digne needing to give away a free kick to halt the attack on the half way line.

Hernandez brought another comfortable save from Pickford and it stung Everton into action with Tosun playing a nice one-two with Sigurdsson only to see his shot go across the face of goal and wide.

Good work from Tom Davies in midfield saw him feed Digne on the left for a cross into the Norwich penalty area, but it was a poor effort and easily cleared. The opening quarter hour had been pretty even with the visitors not afraid to try and get forward, ahead of a shot from Walcott being deflected away for a second Blues corner that saw a header from Richarlison off target.

Morgan Schneiderlin picked up a yellow card on 20 minutes for handball, the decision not endearing referee Taylor to the home crowd one iota.

A good ball from Digne looked to set Richarlison away down the left side and Zimmermann was left with little option than to pull him back and take the inevitable yellow card. Digne sent in the resulting free kick and Tosun rose to send a header on target, but too easy for Krul to gather.

Sidibe was somewhat fortunate not to see yellow for a poorly timed challenge on Hernandez as the game continued with neither side yet having established any real superiority.

Digne and Richarlison combined again on the left to win a third Blues corner that saw Davies get on the end of the initial header from Mina, Krul saving easily. Norwich broke quickly and Hernandez got away from Mina to force Pickford into action, a fine save going down to his right hand side.

Richarlison was left holding his shoulder after being double-teamed by Cantwell and Trybull ahead of Byram bringing down Walcott to give the Blues a free kick in a dangerous position wide right. Digne swung it in at pace and Byram happily conceded a fourth corner, heading the cross behind, the set piece again producing nothing.

Everton were still struggling to gain full control of the game and a shirt break while VAR reviewed contact by Hernandez on Sidibe wasn’t long enough for Marco Silva to send out any instructions on how to take charge.

A free kick given away by Richarlison led to another Norwich corner that was cleared but it only saw Norwich win the ball back and they enjoyed a couple of good minutes before a cross from their left came all the way through to Cantwell at the back post whose powerful rising shot took a slight deflection off Schneiderlin to give Norwich another corner.

Into the final five minutes of the half and Davies looking for Digne breaking in the area won another Everton corner that was again cleared far too easily.

Norwich won another corner after Byram bundled Walcott off the ball and his shot was deflected behind off Mina.

A disappointing first half from the Everton perspective ended scoreless with football schoolteachers everywhere marking their report cards, “Must do better!”

No changes by either manager saw Norwich kick off the second half with Everton attacking the Howard Kendall Gwladys Street End.

McLean went down under a clumsy aerial challenge from Sidibe, the Frenchman winning the header but clattering into the Scot to give the visitors an early free kick, which Byram delayed the taking of and was duly yellow carded for time wasting.

The first attack saw Pukki muscle his way past Holgate, but a superb rescue tackle from Digne prevented the Finn from threatening the Everton goal.

The best move of the game so far from Everton saw some quick one-touch passing with Davies, Digne and Richarlison all involved leading to a corner that Zimmermann headed clear. The Blues though kept the pressure on and a Tosun shot from just inside the area was deflected away for another corner that again came to nothing.

Nine minutes into the second half saw Norwich open the scoring, a header from McLean finding Pukki and his strength on the ball and nice pass found Cantwell to run into the area and slide a precise shot past Jordan Pickford.

Everton immediately withdrew Schneiderlin, sending on Alex Iwobi as they embarked on trying to gain a first come-from-behind win in the Premier League under Marco Silva.

It was Norwich though who were looking the more composed while Everton were in dire need of something inspirational to get them back into the game.

And the Blues were massively fortunate when a free kick conceded by Sidibe was crossed into the area where Byram got a free header that thankfully was well off target.

The Goodison faithful were growing more and more frustrated and impatient as we passed the hour mark and Norwich playing possession football to neatly win another corner that ended with McLean blasting a shot across the face of goal and well wide.

Dominic Calvert-Lewin appeared on the touchline along with Seamus Coleman as the Blues prepared a double change while Norwich forced another corner that Mina headed clear.

DCL came on for Theo Walcott while Coleman replaced Sidibe who in all fairness had not had a good game.

DCL was straight into the action laying the ball into the path of Sigurdsson whose shot had neither the power nor direction to overly trouble Krul in the Norwich goal.

Evertons’ best chance of the game came on 70 minutes as Iwobi found Coleman for a cross aimed toward DCL that Aarons did well to get to and avert the danger.

Into the final quarter hour and Trybull blocked a Sigurdsson shot with the ball coming to DCL who played it again to Sigurdsson, his second shot well saved by Krul.

Iwobi with a fine ball down the right channel saw Tosun shoot on the turn, Krul pushing the ball way and nobody in a blue shirt there to get on the end of it.

The introduction of Iwobi had seen some improvement in the attacking play from the Blues but too many around him just weren’t matching his effort level.

Holgate and Aarons both saw yellow after a spat while Cantwell received some treatment.

Buendia replaced the hobbling Cantwell on 81 minutes for the visitors,

Sigurdsson drew a free kick for a foul by Trybull thirty yards out that Digne got past the wall but with nowhere like the power to trouble Krul.

Tettey picked up a yellow card for time wasting and McLean also saw yellow for a challenge on Richarlison with under three minutes of normal time to play.

McLean was replaced by Amadou and his first touch was a clearing header. Sigurdsson then beat two men on the left to float a cross to the back post that was too strong and was shepherded away for a goal kick.

Pukki came off on 90 minutes, replaced by Srbeny as five added minutes were signalled.

And wouldn’t you just know it, Buendia got forward looking to get the ball into the Everton area, Sigurdsson capped a miserable afternoon with a poor touch and Srbeny was there to sweep home the second goal.

This was a simply woeful showing from the Blues and it will do nothing than heap more pressure on Marco Silva whose apparent inability to get two good games on the bounce from his players is now beyond worrying.