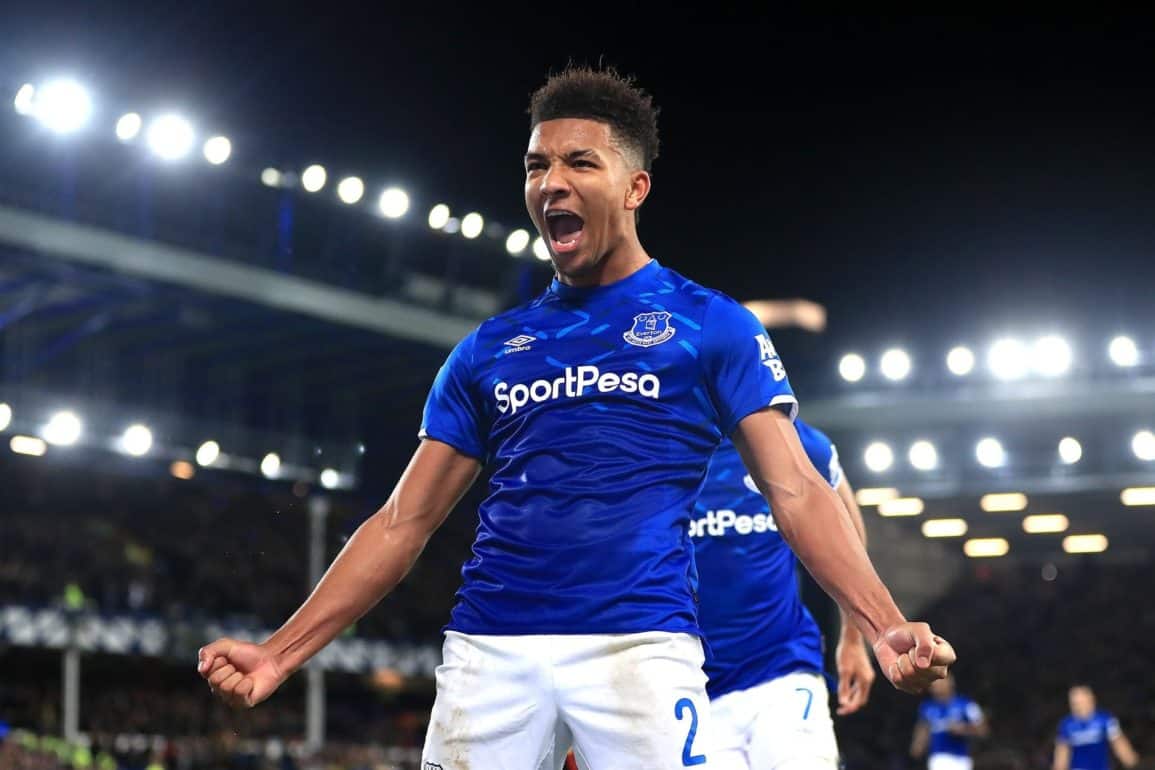 Everton progressed through to the quarterfinal draw of the Carabao Cup courtesy of second half markers from Mason Holgate and a last minute strike from Richarlison.

After a feather tepid first 45 minutes, the Blues picked up the pace in the second half and deserved the victory, but this was a far from convincing performance. But what the heck, it’s about winning and that’s what they did.

They say the best thing to do after falling off a bike is to get straight back on it, and so it was for Everton Tuesday evening as following the loss to Brighton, bottom of the table Watford were the visitors in the Carabao Cup.

With everyone hoping the victory over West Ham as the proverbial turning of a corner, Marco Silva was back under pressure after the loss at the Amex Stadium, and only a victory and progression to the quarterfinal draw would suffice.

With Bernard injured and likely to be out for some time, the manager certainly had one change to make to the side that started at Brighton, and with many Blues fans wondering when we’ll see Moise Kean, could this be the game?

The other big questions was whether Silva would put Yerry Mina straight back into the starting eleven or give him a few more days rest to get him ready for Spurs on Sunday, and reinstate Seamus Coleman at left back?

Speaking to the media, Silva said, “the first thing I want to see is the desire to play in the next round. Our ambition in the competition is clear and this is not the moment for us to hide. We want to reach the final, that’s the dream for our fans and we have to share that ambition.”

He added, “What I expect from our team is the same desire we showed in the last two cup games, after a good win the mood and confidence will be better.”

For Watford, Danny Welbeck and Troy Deeney were ruled out and with Premier League survival their main concern, manager Quique Sanchez Flores confirmed on Monday that veteran Heurelho Gomes would start in goal.

He also had fitness concerns over Tom Cleverley and the recovering Etienne Capoue as he mentioned in his pre-match press briefing. “We don’t know exactly the injury to Tom, but we are checking. We know he has a problem with his heels. Other players are recovering and improving. Capoue is back training and very close to coming back.”

On a cool, dry evening with Goodison awash with blue flags, another baby head, Simon Hooper, was our referee.

A quick start saw Coleman and Kean combine to win a first minute corner that was played short and eventually crossed in by Gomes for DCL to head wide.

Watford on their first raid down their right saw Hughes and Gray combine for the latter to win a corner off Holgate.

Andre Gomes broke up the next Watford raid to get forward quickly to find Kean, but his hurried shot was blocked and cleared.

A fairly quiet and even start saw Yerry Mina make a couple of timely tackles suggesting he had no fitness concerns hanging over him.

On the quarter hour mark, Richarlison broke away at speed down the left with DCL and Kean on his inside awaiting the pass, but when it came it was poor and easily cleared.

Hughes and Gray again combined down the Watford right and the eventual cross found Quina oJust inside the Everton penalty area but he made a complete hash of his shot that rolled harmlessly wide.

Digne played a nice one-two with Gomes yo send in an early cross that won another corner that came to nothing. Mariappa went in hard on Iwobi to concede a free kick thirty yards out, left side but the cross from Digne was easily gathered by Gomes in the Watford goal.

To this point, most of the Blues play had been littered with too many misplaced passes, were they nervous ?

A mistake by Coleman just past the half hour mark saw Watford in down their left and Everton were grateful for two solid challenges by Mina to get the ball away from danger.

A good ball from Holgate found Digne to cross for Kean, but he couldn’t get the ball under control for a shot and again, Watford cleared comfortably.

Watford made a change on 38 minutes, Doucoure replacing Quina who’d gone down following a tackle by Gomes and two minutes later, Yerry Mina pulled up and was immediately replaced by Michael Keane.

Finally on 44 minutes, Gomes in the visitors goal was forced into making a save from a rising snapshot from Alex Iwobi.

Possession and territorial advantage were Evertons’ but a cautious approach and too many misplaced passes had littered a largely uninspiring first half.

Theo Walcott replaced Moise Kean for the start of the second half.

A quick move involving Holgate, Digne, and Delph saw Iwobi slide a ball into the box for Walcott, but Gomes was quick off his line to smother.

A long ball out of defence saw Gray get away from Holgate and sting the fingers of Pickford with a powerful, rising shot.

Gomes caught in midfield by Hughes almost get Watford in on goal, Everton guilty of too many passes and overplaying the ball was making the home crowd impatient.

On the hour mark, Proedl with a needless foul on Digne gave the Blues a free kick that Digne swung to the back post for Holgate to head down but straight into the legs of Gomes who gathered at the second attempt.

Delph with a good ball forward saw DCL chest it down perfectly for Iwobi only for his shot to beat Gomes but cannon back into play off the post.

Watford sent on Gerard Duelofeu for Pereyra on 66 minutes ahead of Doucoure being yellow carded for a shirt pull on Gomes giving Everton a free kick dead centre thirty yards out. Lucas Digne hit it and it was deflected off the wall onto the crossbar, another lucky escape for the visitors.

Watford then were guilty of overplaying the ball in their own half with Everton forcing them to concede a corner. Digne found Iwobi who lifted the ball to the back post where Walcott controlled and crossed it back to the six yard area where Mason Holgate Rose highest to plant a firm header past Gomes on 72 minutes, much to the relief of the home crowd.

The final ten minutes saw Everton push for a second goal and as four added minutes were signalled, Mariappa was finally booked for a foul on Richarlison.

Everton survived a nervy moment as Coleman and Delph dithered in the box, Keane taking charge and belting the ball clear.

And Everton wrapped up their progression into the quarter final draw as with Watford over committing, Tosun played Richarlison into oceans of space and he stayed calm to comfortably beat Gomes for 2-0.