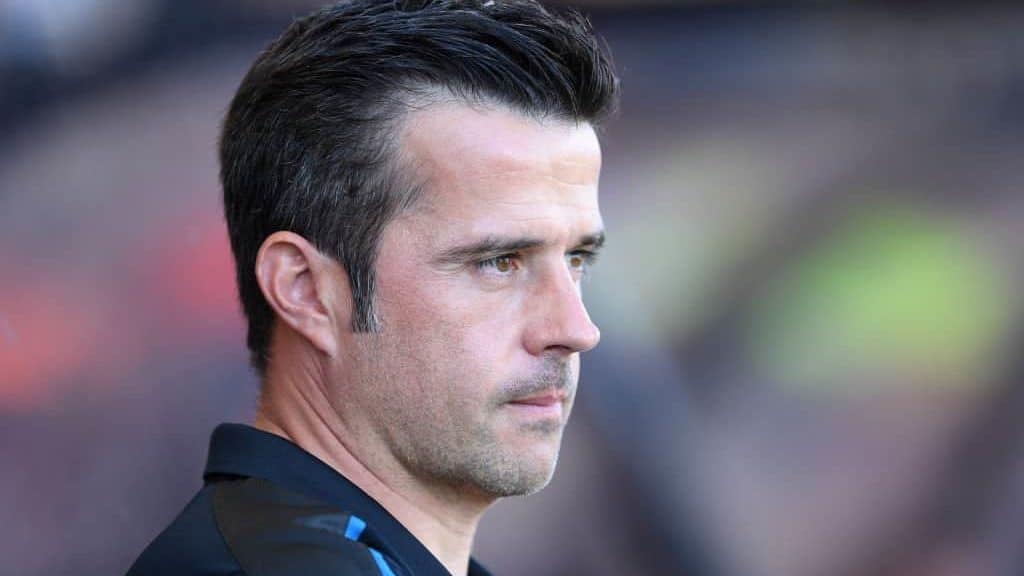 Everton surrendered their six match winning streak at Goodison to a Sheffield United side who soaked up all the Blues possession and territorial advantage, and defended endless corners with consummate ease.

Following the dismal showing last time out at Bournemouth, Everton returned to Goodison Park needing to maintain their decent home form, preferably with a victory over newly promoted Sheffield United.

The Blues were again without influential midfielder Andre Gomes, out with a rib injury, and J-P Gbamin still recovering from a thigh injury. So the likelihood was of the same starting eleven that starred last week would face the Blades.

Marco Silva was quizzed on the Blues poor showings away from Goodison in his press gathering and commented, “We understand why the fans were frustrated, we were too. It’s something we are working on to change, but it’s not just us. It’s really tough to play away in the Premier League. Now, it’s a home game and we have to put full focus on that.”

The Blades had recorded one victory from their first five games back in the top flight and came to Goodison without striker Billy Sharp, suspended and with Mo Besic ineligible to play due to his on-loan status from Everton.

Manager Chris Wilder was not daunted by his sides early efforts as he clearly outlined, “Every team we’ve played gave been established Premier League teams. These teams aren’t mugs and we’ve gone toe to toe with them, we’ve not been overwhelmed. We need to cut out silly mistakes and need a little bit of luck with decisions, and I don’t think we’ve always had that.”

On a lovely, sunny, autumnal afternoon our referee was Simon Hooper.

A first half that Everton totally dominated saw them go to the half time break trailing to an own goal from Yerry Mina from the visitors first corner kick late in the half.

Right from the kick off, Everton assumed control of territory and possession forcing a succession of corner kicks, none of which unduly troubled the Sheffield defence.

The opening ten minutes was played almost entirely in the Sheffield half with Everton probing down both flanks but unable to get any real telling efforts on goal. On the quarter hour mark, Blades captain Norwood was booked for a late challenge on Fabian Delph.

A good move involving Schneiderlin, Sigurdsson, Richarlison and Kean saw Digne fire in a fierce shot that Henderson was happy to beat away at the expense of a corner.

Another decent bit of play saw Sigurdsson cross just too high for Kean to direct his header on target and when the ball went to the corner, Baldock felled Bernard and some push and shove inviting a number of players ensued. Baldock, Henderson and Bernard were all yellow carded for their troubles.

Everton continued to push forward in search of the opening goal, but the visitors defence were soaking up the pressure and defending the Blues corners with relative ease.

And when they finally got forward themselves in the 39th minute to win a corner off Richarlison, Everton set up for zonal marking and the ball floated to the back post caught them in two minds, Pickford missed the punch and it ended up in the Everton goal via the head of Yerry Mina.

Everton had again paid the price for failing to make the most of almost total possession and not really creating a true scoring opportunity.

If Everton were to maintain their winning home form, they would need to do what they’ve so far failed to do under Marco Silva… Come from behind to win.

There were early howls for a penalty as Bernard appeared to be pulled back in the area, but referee Hooper was having none of it.

Marco Silva made a double change on 54 minutes withdrawing Schneiderlin and Bernard for Alex Iwobi and Cenk Tosun.

Everton won four more corners in quick succession, but not one of them caused the Blades defence any real concern, the fourth seeing Gylfi Sigurdsson unable to keep his snapshot down and on target.

Sheffield substitutions came on 61 and 63 minutes, first Mousset replacing Morrison and the Phil Jagielka receiving a tremendous reception as he replaced Norwood.

The game was now even in terms of possession, with Sheffield defending resolutely and Everton completely unable to break them down

Theo Walcott came on for Seamus Coleman with twenty minutes to play. Iwobi played Walcott in on the right for a cross to the back post for Richarlison, but his header was easily fathered by Henderson.

Sheffield struck with a quick counter attack in the 79th minute to double their lead as Lundstram got away from Mina and played a peach of a through ball for Mousset to run onto and coolly slide his first time shot passed the onrushing Pickford.

A massively disappointing showing from Everton who looked toothless in attack throughout the entire ninety minutes, and this will surely be a massive concern for everyone concerned with first team matters.