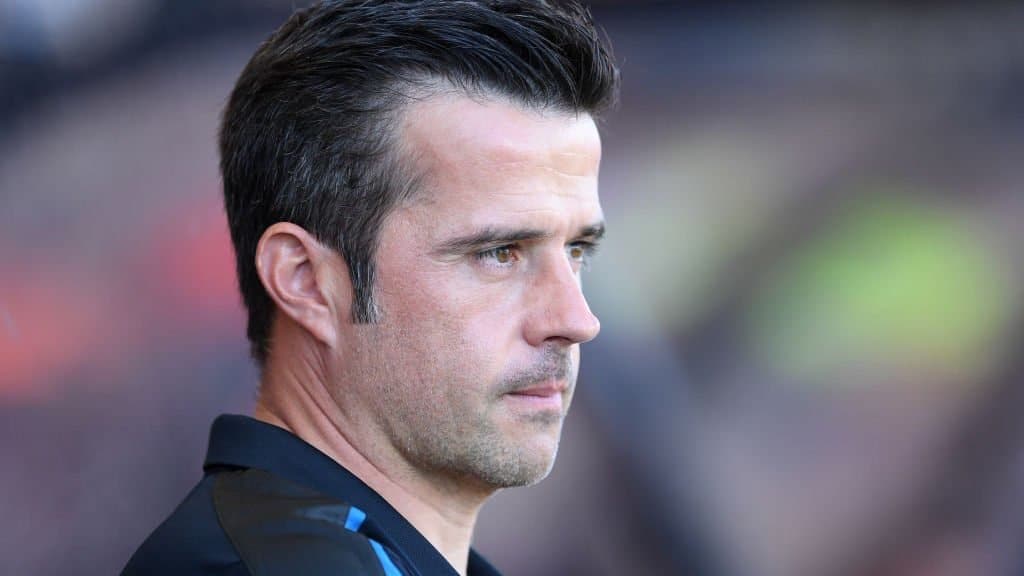 Everton fell to another awful away-day loss thanks to a double from Callum Wilson and a free kick from Ryan Fraser that exposed defensive frailties. Dominic Calvert-Lewin had given the Blues hope with an equaliser just before half time, but Everton were their own worst enemies in a defensive showing that was nowhere near good enough.

With an early season international break over, the Blues returned to Premier League action with a long trip to the sunny, south coast and a visit to the smallest ground in the top flight, the Vitality Stadium, home to the Cherries.

Eddie Howe and Bournemouth have won just one of their opening four league encounters and were looking to improve a record against Everton that shows only two wins in twelve previous meetings. Howe acknowledged the disappointing start to the season when he addressed the media saying, “For me the start of the season has been that we’ve shown flashes of what we can do. The challenge is to find our true level and hit that consistently.”

With defenders Simon Francis and Lloyd Kelly both unavailable through injury, Howe was hoping Lewis Cook would be ready for his first start since sustaining a knee injury last December, and eventually named his starting eleven in a 4-4-2 formation: Ramsdale, Stacey, S.Cook (c), Ake, Rico, King, Billing, L.Cook, H.Wilson, Solanke and C.Wilson.

For the Blues, Jonas Lossl was unlikely to be back-up to Jordan Pickford through a training session injury and Jean-Philippe Gbamin were the only first team squad members unavailable for selection and Marco Silva had a choice to make in midfield on who of Andre Gomes or Morgan Schneiderlin to partner Fabian Delph.

Silva was also hoping that the early mistake from Michael Keane for England against Kosovo wouldn’t weigh heavy on his central defender and that Everton could carry on where Leicester and Man City left off in their recent games against Bournemouth, in which they both scored three times.

And having led two-nil in this fixture last season with Keane scoring and having Richarlison dismissed, Silva noted, “Our last away game against Bournemouth was an entertaining one, even if I didn’t like the end. I hope it will be entertaining again, but with a good result and if possible a clean sheet for us.”

And with a chance for the Blues to climb into the top four of the table, he named our starting line-up in the now familiar 4-2-3-1 formation: Pickford, Coleman (c), Keane, Mina, Digne, Delph, Schneiderlin, Richarlison, Sigurdsson, Iwobi and Calvert-Lewin.

On a very pleasant, sunny and warm September afternoon, our referee was Paul Tierney.

A nice left wing move led to the Blues first corner inside three minutes but the home side cleared easily. Good link-up play between DCL and Richarlison worked to release Sigurdsson whose cross from the left was turned behind for a second Blues corner. The ball was only partially cleared and when Iwobi chipped it back in, Bournemouth were glad to concede a third corner that again came to nothing.

Bournemouth’s first attack of note saw Cook find Wilson who laid it into the oath of Billing but his shot was well off target.

The home side were glad that goalie Ramsdale was alert and very quick off his line to close down DCL as he raced onto a through ball from Richarlison that was just a touch too strong, and the home side were next thankful to the frame of the goal as a 25-yard shot from Richarlison saw Ramsdale rooted to his line but the ball hit the crossbar. It had been a decent opening twenty minutes from the Blues, but they needed to turn possession and pressure into goals.

Solanke drew the first real save out of Jordan Pickford with a shot the England keeper was happy to push over for a corner. Everton set up for zonal marking and like last season, it failed miserably as Rico swung the ball in where it was flicked on at the near post and when King at the back post couldn’t control and the ball bounced up, Callum Wilson was on hand to nod home the opening goal on 23 minutes.

Wilson and King were beginning to cause Everton problems and a soft free kick conceded by Coleman gave Bournemouth a free kick that the wall blocked and the Blues eventually worked the ball clear.

Everton created a decent chance to draw level on 36 minutes as Iwobi set Digne free down the left flank and his cross was met by Richarlison but under pressure from a defender, his header went the wrong side of the post.

Fabian Delph drew the first yellow card for a high foot on Harry Wilson, moments after bringing down Solanke.

Bournemouth went looking to double their lead with Ake spinning in the penalty area to shoot but it hit Solanke and went behind for a goal kick. Wilson released King on the left to get away from Coleman and his lay back saw the shot from Billing deflected for a corner off Schneiderlin.

Everton though hit back in the final minute of the half with Coleman getting forward to find Richarlison in space on the left and his instant, perfect cross saw Dominic Calvert-Lewin climb to outmuscle his marker and beat Ramsdale with a firm, well-placed header.

Neither manager made any changes during the half time interval, and the Blues were quickly on the attack with Iwobi finding Digne three times for crossing opportunities, the third seeing a close range shot from Sigurdsson turned away for a corner by Ramsdale.

Everton were dominating the possession but a ricochet off Schneiderlin gave the home side a quick counter that saw Mina concede a corner that saw Wilson offside trying to beat the zonal marking.

Bournemouth made the first change with Ryan Fraser replacing Harry Wilson in the 57th minute, and his first involvement was to intercept a poor ball from Delph and draw a yellow card for Lucas Digne for the inevitable free kick.

A long ball from Pickford was worked out to Digne by Iwobi ad again the cross was deflected for a Blues corner that as hurriedly cleared. Bournemouth captain Steve Cook went down and needed treatment.

DCL chasing hard for a ball from Iwobi forced Cook into a mistake but again, Ramsdale was quick to snuff out the danger.

Josh King then showed his pace to get away from Schneiderlin and it was Richarlison who stopped him, at the expense of another yellow card. And poor defending from Everton allowed the low free kick from Fraser to pierce the rearguard and nestle inside the back post to put the home side ahead again.

With a little under twenty minutes to play Marco Silva made changes, Bernard replacing DCL and Moise Kean coming on for Gylfi Sigurdsson.

Barely had they stepped onto the pitch than Callum Wilson bagged his second of the game and stretched the lead to three-one. The Blues defence was caught completely asleep by an over the top ball from Rico and Wilson coolly lobbed Pickford who had no chance whatsoever.

Lewis Cook got a standing ovation from the home fans when he was substituted on 77 minutes, Jefferson Lerma his replacement.

Everton spurned a glorious chance on 80 minutes to reduce the deficit as Bernard found Iwobi, his shot was beaten out by Ramsdale and Richarlison failed to hit the target on the second effort. That was the last action for the Brazilian as Everton’s final throw of the dice was to send Theo Walcott on for him.

Good work from Iwobi gave Coleman the chance to cross where Fraser conceded a corner that once again was cleared all too easily by Bournemouth. A deflected shot from Bernard saw Billing hurt preventing Iwobi and allowing Ake to clear.

Five added minutes saw Wilson racing into the Everton area looking for his hat trick, Pickford reacting quickly to clear the danger. Digne won another corner that was cleared only as far as Walcott, but his shot lacked the power and direction to unduly trouble Ramsdale.

Schneiderlin became the fourth Everton player to see yellow for a late and unnecessary challenge.

From having dominated the opening 15-20 minutes of the second half, Everton quite literally fell apart, defensively frail in conceding two goals and seemingly lacking the belief, guile and, dare I suggest, the commitment to launch a telling fight back.

With just one point from the first three away games, if Everton have any genuine desire to get into the top six and qualification for Europe next season, they have some serious work to do to sort out the glaring deficiencies in yet another awful away-day showing.