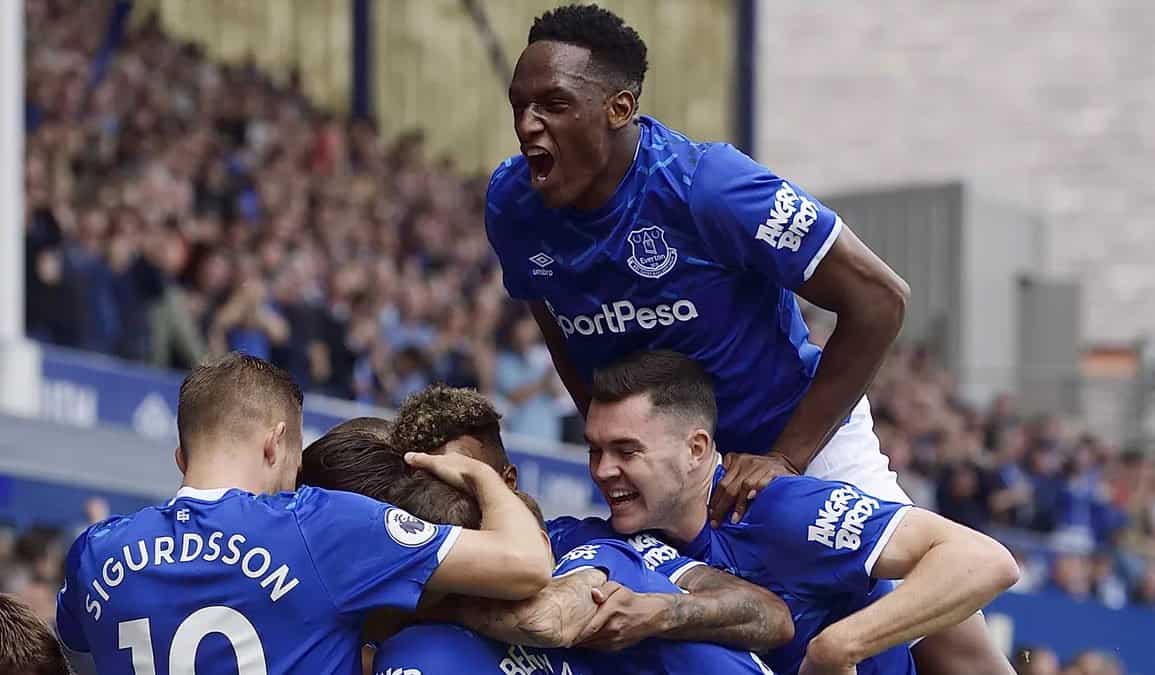 It felt good to be back, didn’t it?

Nothing can beat the buzz and euphoria that engulfs the first home game of a new season, after three long Everton free months, you could feel the sense of excitement, anticipation and optimism that only the start of a new Premier League campaign can bring.

The hope within the chatter of each and every fan on their walk to the ground, hope which only following your football club, through thick and thin, with unwavering loyalty can bring every August.

Then you arrive, our Grand Old Lady, standing at her beautiful best. Awoken from her summer slumber, like a hibernating beast, she grits her teeth, eyes up her prey and readies herself for the battle. On the outside things are much the same as before the long queues, the smell of smoke and chips the undertones of excitement of the impatient fans buzzing about but with each step the clanking and clicking of the ageing turnstiles become louder, then at long last you enter, and with a deep breath you feel like you’re home. Old in her years she may be, a little tired looking perhaps but with a bit of help she stands tall and proud, the sun glistens over head and it is time.

Saturday, as 3pm approaches, there’s nowhere better. The sirens play begin, the goosebumps appear and as Z-Cars blasts out, the players emerge from the tunnel, a roar like no other rings out and Goodison Park is alive.

Watford would have been hurting from following an opening day humiliation at the hands of Brighton, rarely does a team capitulate in back to back games, there was always going a smarter opposition to the one beaten so easily just a week earlier. Add in the fact that Marco Silva stands in the home dug out, there would have been an extra sting in the Hornets determination, but this was a resolute and professional performance from the Toffees. A goal inside the opening ten minutes of an enthralling first half proved to be enough and despite Watford dominating the second half, they were limited to few chances, the best of which fell to Troy Deeney but Pickford was big and equal to the shot, and a half chance that fell to reported Everton target Abdoulaye Doucoure was the only other they could muster.
Richarlison was, uncharacteristically, wasteful in front of goal putting two golden chances over the cross bar. The lively Moise Kean, almost, had a dream debut but was unable to find the back of the net with his two opportunities. Everton could have been out of sight.

One of the most pleasing aspects for Silva, apart from getting one over on the Club that fired him, must have been a second clean sheet in as many games. Much maligned for being unable to defend set pieces in the early part of his tenure, it is clear Silva and his staff have addressed the issue. Despite what certain sections of the media would have you believe, Everton’s home form is staggering, not a goal conceded at Goodison Park since February, over 500 minutes of football, four of Sky’s mythical top six all paid a visit but unable to breach. It’s ignorant to the fact and disrespectful, when a so called ‘football expert’ like Charlie Nicolas sees a weak defence, yet in reality, Yerry Mina and Michael Keane are forming a formidable partnership, protecting England’s number one goalkeeper flanked by Seamus Coleman and Lucas Digne, a back five that boasts an incredible record to be envious of rather than, bizarrely, called into question.

Saturday’s goal was started by this weak defence, the aforementioned, Digne playing a mouthwatering pass into the clever run of Bernard, the Brazilian magician, quickly coming inside to blast a shot through the despairing dive of Ben Foster, just reward for an excellent start to the game. Even though the performance dipped into the second half, make no mistake, there will be time this season when Everton will play better but walk away without anything to show for their efforts. Two games into the season, points are vital, clean sheets just as much and so far, Everton have managed both. There will comes times when injuries, suspension and fatigue set in, the tricky December campaign takes no prisoners, so for the times when the inevitable defeats happen, we’ll be grateful to be snatching points anywhere we can get them.

We’ve heard a lot, over the summer, that there could be an opening in the top six this season, Chelsea with their off-field struggles, Manchester United adjusting to life under a new regime with a young group of players and Arsenal being, well, Arsenal. If Everton are to trouble the ‘big six’ it is time like these that matter, it is going away to the ‘lesser’ teams, it is being better over the Christmas period and it’s keeping clean sheets and building off the back.

A tricky trip to Villa Park awaits, newly promoted and anticipated to make a good fist of things, Dean Smith and his team have found life tough on their return to the topflight. It is games like these, however, that must be turned into points if we are to sit at the very top table come May.