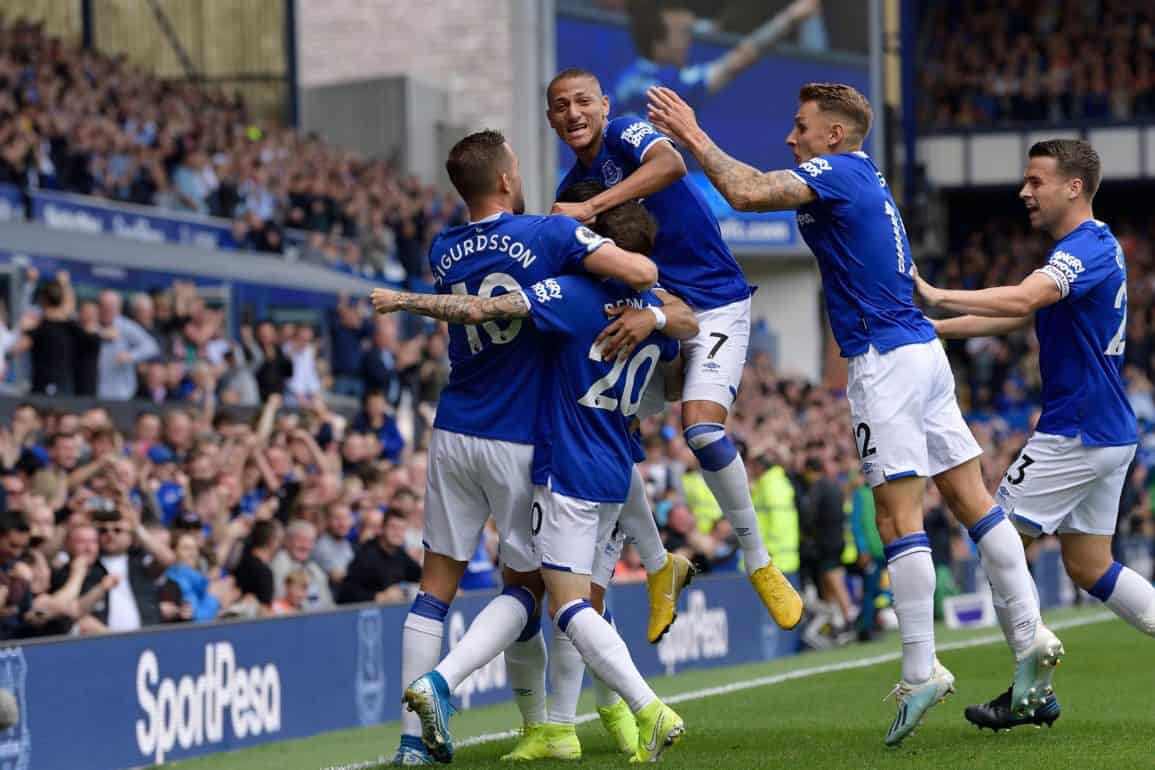 Everton took the points, but this was a hard-fought and at times bruising encounter against a strong, physical Watford side who had Gerard Deulofeu in sparkling form against his former club.

The Blues opened their Goodison account against last seasons’ cup finalists following the opening weekend draw away to Palace while the visitors were humbled at home by Brighton.

With Morgan Schneiderlin suspended following his two yellows at Selhurst Park, Fabian Delph unavailable with a groin injury and Andre Gomes doubtful with an ankle problem, new signing Jean-Philippe Gbamin was in line for his home debut.

Not having conceded a goal at Goodison since February, manager Marco Silva was keen for his defence to maintain this level of solidity against a Watford side eager to avenge their opening day defeat even though they’ve never won at the Grand Old Lady.

In his pre-match press gathering Silva looked forward to the first Goodison outing saying, “It’s really important for us to make Goodison our fortress. We finished last season playing really well and with a fantastic connection with our fans.”

Asked about the future of Morgan Schneiderlin he commented, “If he is linked with other clubs, it’s not important to me. Morgan is part of our squad.” And asked about whether Alex Iwobi he noted, “He’s working really hard and well, it’s up to me whether I put Alex in the squad tomorrow.”

Our visitors were able to call upon former Arsenal striker Danny Wellbeck but record signing Ismaila Sarr would miss the game leaving manager Javi Gracia to lament, “He needs time to be ready, after a long time resting he needs time to recover his best condition. He is, in my opinion, a very good offensive player. We will be stronger offensively with him.”

Having failed to keep a clean sheet in their last sixteen fixtures, Gracia needed his defence to be much improved in naming his side: Foster, Femenia, Dawson, Cathcart, Holebas, Doucoure, Capoue, Hughes, Pereyra, Deulofeu and Deeney.

On a breezy but sunny afternoon, our referee was Lee Mason.

A decent start by both sides saw Deulofeu dispossess Gomes and go on a Maxy run, but his final ball was poor. Holebas was hurt conceding the games first corner which saw the ball go long, get crossed back in from the left to find Digne whose shot was pulled wife of the post.

Everyon forced two further corner that came to nothing before, on the ten minute mark, they opened the scoring. Bernard collected a long ball, controlled and then cut inside off the left flank to fire a low shot past Foster and inside his near post.

Seamus Coleman picked up the games first yellow card on 13 minutes for a foul on Pereyra. It was 22 minutes before Watford won their first corner that Mina headed behind for a quick second. This was fired to the back post where Pereyra claimed and saw his short range header come back off the post and the ball was unceremoniously hoofed clear.

Everton appealed for a penalty shortly after as Gomes burst forward to find Sigurdsson and when he found DCL, he appeared to be hauled down, but referee Mason waved away the appeals and VAR was not used.

Everton were moving the ball well and using both flanks to good effect, but Watford weren’t panicking in defence. Capoue was booked on the half hour for a foul on Richarlison before the visitors wasted a free kick gifted them by referee Mason in a dangerous position.

A quick throw-in nearly caught Everton out as Deulofeu got clear and into the area, Mina with a challenge to concede another corner while Watford appealed for a foul. This time the referee called for a VAR review and the appeal for a penalty was rubbished.

Watford were pushing hard and Pickford was called into action with a smart save on a curling effort from Capoue who was then lucky not to see a second yellow card as Everton broke through Bernard and he rather crudely fouled the diminutive Brazilian.

Sigurdsson found the head of Richarlison from the free kick, but his effort sailed over the bar when he really should have tested Foster.

An entertaining half that the Blues had edged, but Watford had done enough to show at least a second goal might be needed to secure the points.

An early midfield giveaway by Gomes gave Deulofeu the chance to earn the first of three quick corners for the visitors as they starred the second half much the stronger.

A fine move by the Blurs started by Keane and involving Sigurdsson and Bernard ended with a cross from Digne being cleared hurriedly.

Jordan Pickford came to the Blues rescue with a terrific and brave save to deny Deeney found again by the busy Deulofeu.

Holebas was booked for a foul on Richarlison as he looked to break away down the right and from the free kick by Sigurdsson, Richarlison saw his header go narrowly over the bar.

Pereyra was booked for simulation just past the hour mark as Watford continued to enjoy the better of the play, and Marco Silva responded by sending Walcott on for Richarlison who’d been well marshalled.

Watford threw Wellbeck on for Hughes after a bit a spat between Mina and Pereyra, and then Capoue appeared again to get away with another sly pull back.

Moise Kean and Mason Holgate replaced DCL and Lucas Digne respectively on 71 and 72 minutes ahead of Cleverley replacing Deulofeu.

The game was becoming scrappy and physical as Watford strained for an equaliser, making it difficult for Everton to get any real grip on the game.

Coleman and Gomes combined to release Bernard for another dribble that took him into the Watford area where the ball was cleared and Watford made their final change, Gray coming on for Capoue.

A long ball from Foster saw a towering header from Michael Keane find Moise Kean who beat his man with ease only to skew his shot well wide.

With five added minutes signalled, Everton nearly bagged a second goal as a poor clearance by Foster was picked off by Bernard who played in Kean only for his shot on the turn to beat both the goalie and the far post.

A hard fought and well contested game saw the Blues take the points, but they’ll know they’ve been in a tough game.