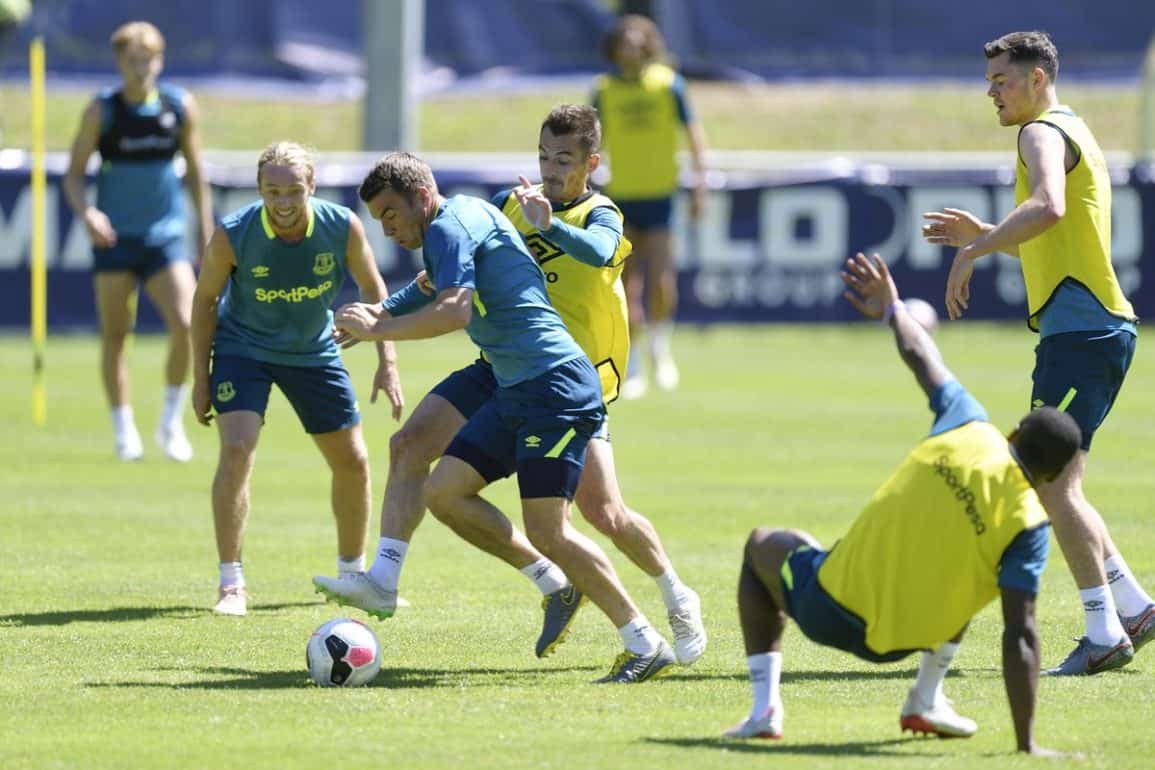 Everton will step up in their quest for match fitness on Friday evening when Marco Silva’s side face off against Monaco to bring an end to the Toffees’ Swiss adventure.

This will be the Blues’ second preseason fixture at the Stade Saint-Marc after a goalless draw against FC Sion.

Sion, who were way ahead of Everton in terms of preseason preparation, never really threatened Everton’s goal, Silva’s troops were in complete control of proceedings all afternoon.

Michael Keane had a goal ruled out for an alleged offside, Gylfi Sigurdsson rattled the crossbar and the post on his return to the side and the Blues were denied two penalty appeals in the dying moments.

Although preseason results aren’t important in the grand scheme of things, Silva and Marcel Brands surely will be concerned with Everton’s lack of firepower in the attacking positions. Of course Richarlison and Dominic Calvert-Lewin will ease the burden when they return from their extended break, but Evertonians will be hoping for striking reinforcements before the August 8 deadline.

Since winning Ligue 1 in the 2016/17 campaign Monaco have had a rough time. Key assets such as Kylian Mbappe, Bernardo Silva, Benjamin Mendy and Fabinho have all departed the club.

Leonardo Jardim was replaced by Thierry Henry in October of last year, but was reinstated as manager in January.

Monaco avoided relegation to the second tier of French football by the skin of their teeth last season, finishing 17th, just two points separated them and 18th placed Dijon.

Friday’s opponents have a number of former Premier League players in their ranks, Radamel Falcao captains the side and he scored one of his five goals in England against Everton. Cesc Fabregas has been a Monaco player since January, Stevan Jovetic and Nacer Chadli are also on the books.

Fitness levels are on the rise, expect a few players to play past the 45 minute mark. Fabian Delph could make his unofficial Everton bow, Theo Walcott sat out last weeks clash with Sion so could return for this one.

Ademola Lookman looks like he has possibly played his last game for the club.