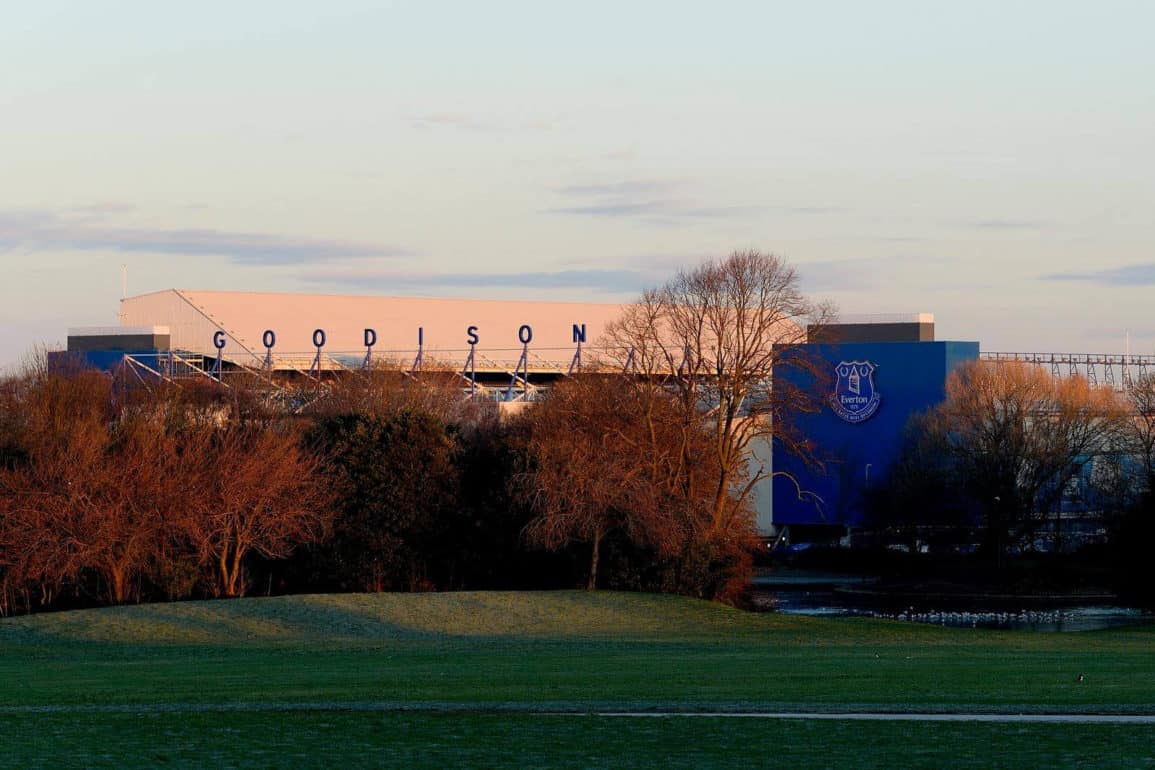 It is difficult to start any season review without first giving some general consideration to the wider context the season emerged in. For Evertonians it began in a context of major upheaval at the club with enormous levels of anger and disillusionment from the support base. The takeover from Farhad Moshiri just over 2 years previous had promised much and delivered very little. There had been an ignominious to the previous season where Everton stumbled to 49 points under a manager few of the supporters identified with. The summer would bring decisive change, with the manager, director of football and CEO all replaced as well as a change in roles at board level. While there have been some challenging moments this season it would be fair to suggest the low point for Farhad Moshiri must have come last May. The club looked to floating from one expensive catastrophe to another with supporters become increasingly angry with how the club was run.

At a squad level Silva inherited a squad with more problems than even Koeman did 2 years previously. A mixture of bi-polar and thoughtless recruitment went alongside with at times poor pre-planning to leave the squad with a number of players who look awful value for money. I had suggested last summer the damage would take at least 3 windows to rectify and this now looks optimistic. Alongside a squad that seemed to lack any degree of cohesiveness or spirit was a team that lacked players with any kind of star quality (which Koeman inherited with Lukaku, Barkley and Deulofeu). Silva’s own stock had fallen sharply since the initial approach in the autumn of 2017 and as a club it felt as if the entire playing squad and staff were playing under a microscope of pressure in front of a fan base who had grown cynical of the team over the previous 4-5 years of gradual regression from a side that regularly challenged to bresak into the top 4/5/6 sides.

It was interested to hear Silva after the Tottenham game speak of how the team stayed together and this was a value he aimed to imprint on the team right from the start of last summer. Given the hole they have dug themselves out of in the spring of this season it looks as if he has been successful in establishing such a critical ingredient across the squad. For this he deserves enormous credit and as fans we can only hope that he can begin to fully utilize this in the coming years.

The season fits neatly into 3 distinctive parts demarcated around 2 derby games. The initial set up and approach from Silva’s Everton was positive and felt an improvement on what had gone before. We looked to attack with greater speed, frequency and penetration while without the ball it was clear to see the efforts that were being made to be more ambitious in the areas of the pitch we tried to win it back. For half an hour against Southampton in the opening game we completely blew them away. Away from home we looked to pose a threat too and positive results at Wolves, Bournemouth and Leicester were a welcome tonic. Against the top teams, in difficult away games we looked confident and organized in how we were set up.

The criticism and concern I had of this period was that we did not fully maximize the points we gained for the dominance we showed. This was especially so against Huddersfield and West Ham where at times we looked devoid of attacking ideas. We were also much too susceptible to losing easy goals from set plays, which prevented us maximizing points that could have been won. That being said, this first period of the season was broadly speaking a positive beginning for Silva.

The big challenge came in the middle of the season. The conventional reading will be that the derby game impacted upon confidence though I find this difficult to reconcile given how well we played. I would suggest that sides were beginning to get to know how we were playing and developing more effective ways to combat us. Alongside this Richarlison became increasingly frustrated as a striker (and lost much of his potency in the role) so we became increasingly stuck for attacking consistency that we would find later in the season. The new players who had also been blooded into the team were also adjusting to the increased frequency of Premier League matches without international breaks, and given it was a first season for many of them I think their energy levels dipped.

Between the first derby game at Anfield and the Watford defeat before the derby match the team would pick up just 11 points from 14 games. This left us 18th in the league table. The performances for the most part during this period were really poor and there were moments where I wondered if Silva would be able to continue on until the end of the season. The difficulties that surrounded the team around set pieces appeared only to be getting worse while some games saw the team completely out fought on the pitch.

It sounds very easy to state after the event but I saw some small shorts of recovery after the Watford game. It was clear to me that the team were still trying for the manager but were devoid of much confidence and were not getting an awfully big rub of the green. Watford would score from a corner which should not have been given. When you are struggling as a team these small decisions can become pivotal. I did have some optimism that if we showed that level of commitment and desire until the end of the season Silva and Everton would probably be ok. What followed from the Watford game was a 17 day break. In my mind my view was if they were going to replace Silva before the end of the season that seemed as good an opportunity as any. When the club (rightly) refused to do so he had at least 11 games to stake a claim for his job.

It will be very interesting to hear exactly what was said and done in that 17 day period. To my knowledge there was no warm weather training but whether Silva gave them a 2nd pre-season or a stern conversation is a fascinating point of debate. Whichever direction he went in, he performed as remarkable u-turn in performance as I can remember in recent seasons, finishing up winning 21 points from his last 11 fixtures. Everton went from a side that was 18th in the table over the previous 14 games to 3rd over the last 11. The turnaround is as stark as any I remember. 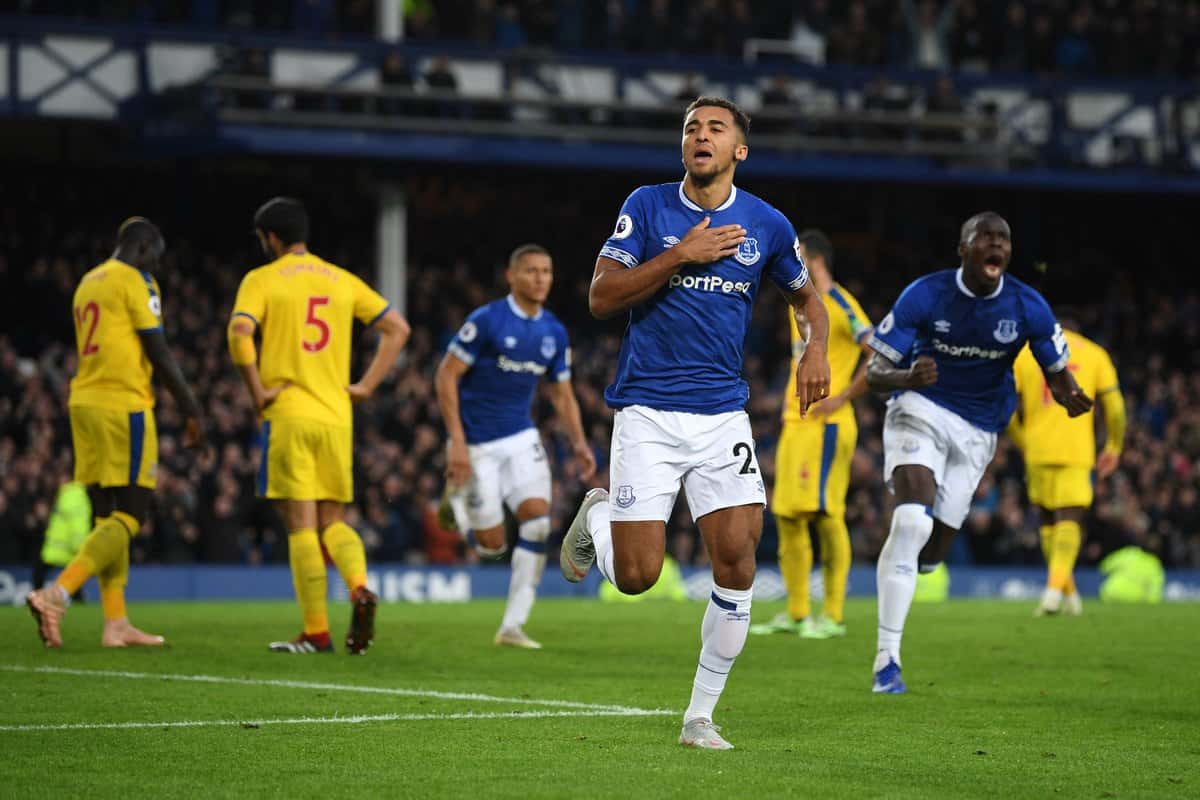 Some subtle changes occurred in the final third of the season. Firstly he gave Calvert Lewin an extended run of games as the centre forward. While he did not score an enormous amount of goals, he has chipped in with some important assists, but also provided an effective platform for the team. Bernard has started most of the games on the left and shown his most consistent form, and Richarlison has nailed down a spot on the right. In midfield Morgan Schneiderlin has played a number of games and provided ample protection for a back 4 which has conceded very few goals. As players have started to deliver in terms of performances it has allowed Silva the luxury of having a consistency of selection.

The 11 games he had to finish were also not easy games. They had 6 away games versus 5 at home and of the 5 home fixtures only 1 of them was against a side outside of the top 6. While there was an off day at Fulham the side have otherwise acquitted themselves admirably within this period. The wins against Chelsea, Arsenal and Manchester United were all as comprehensive as I remember against any of those teams for the last 10 years.

It has taken Silva from being a manager whose ambition (before the Cardiff game at least) would have likely been to find a way to still be the Everton manager at the end of the season to someone who has the backing of the majority of supporters. That’s really important. For reasons outlined at the top of the article as fans we needed a season whereby we could finally feel that things were at least on track for the Moshiri project. Silva has earned himself time, which is one of the most important commodities a manager can ask for.

As we end the season there is a rare feeling of serenity amongst Everton supporters. While it is true we have been here before the circumstances around this season going into next feel different to me and give me some room for optimism. For example under Koeman we finished 7th with a higher number of points to this total, yet the season ended with more of a whimper than a bang. There was also a chaotic close season commenced immediately by Koeman stating there would be a statement on Ross Barkley (that never came) and the subsequent departure of Lukaku. On reflection the anarchic feel of the summer overwhelmed Koeman, who undoubtedly needed more structure to be successful. Likewise we finished strongly under Moyes, but in those times a lack of money (or any kind of plan as to how to mitigate the associated limitations of this) ensured that any kind of momentum that was built up would be squandered by August.

There are still challenges now. We should be clear that we have not removed all of the difficulties faced previously. However we have an owner who has shown a willingness to support the team with funds, liquidity from a major Chinese bank’s credit facility and a Director of Football who seems both aware of the nature of the challenges we face and how to help overcome them. These are all great supports for a manager who has shown promise in his first season.

Above any crude metric on points won, games won, goals scored or any other measurement it is perhaps something that is much harder to measure that Silva has given to supporters, which is the feeling of hope. This time last season we were still wondered what the future held and confusion as to whether Allardyce stayed and how the club would be altered accordingly. Sometimes results don’t always catch up with the level of improvement that can be seen and at times some naivety from the playing staff in key moments of games have helped create this feeling. There is now an unmistakable feeling of hope amongst Everton fans and Silva deserves credit for this.

If we are to use an allegorical approach to evaluating the season the arrival of Farhad Moshiri marked Everton massively upgrading the size of a ship. However the ship started to go in the wrong direction. What this season represents in this situation is turning the ship around to now at least face the right direction, fully capable of travelling to it in a way that is quicker than supporters may have seen for 30 years. The key part now for the club from board down is to ensure that the speed with which we begin to move forward catches is as quick as possible and we can look back in time and see 2018/9 and the spring of the season as the first step on an exciting journey rather than merely an impressive series of results.