April GOT Player of the Month

We’re in the final stretch of the season now and April again saw something of a mixture of performances and results for the Boys in Blue.

Four games again brought two superb wins at Goodison versus Arsenal and Manchester United with an extraordinarily bewildering and disappointing loss to already relegated Fulham sandwiched between them, and a dominant, but blank score sheet from the visit to Selhurst Park last time out.

Let’s concentrate though on the positives and the continuing resurgence in form at Goodison with the excellent win over Arsenal and the absolute thrashing of Manchester United. Both games saw the Blues playing a high-pressing game of genuine pace and tempo, restricting the opponents to counter attacks which the defence handled highly effectively.

The Arsenal game saw club captain Phil Jagielka roll back the years in his first appearance since Cardiff away back in February, and he capped a fine game with the winning goal on the back of our latest offensive weapon, the long throw-ins from Lucas Digne.

The Man United game was one of pure footballing excellence in that whilst the visitors were undoubtedly woeful, Everton simply never let them get a toehold in the game. The total commitment, speed and tenacity of Everton rattled United right from the kick-off and so-called superstars like Paul Pogba were absolutely eclipsed by Gylfi Sigurdsson and Idrissa Gana Gueye.

Let’s not dwell too long on the disaster that came to pass at Craven Cottage as it’s still a mystery to many what exactly went wrong against Fulham, suffice it to say that on the day, Fulham patently wanted it more for some strange reason.

The Palace game was played in swirling, windy conditions that helped neither side, but Everton were comfortably the better side on the day. Defensively again, the team looked solid with Jordan Pickford almost a spectator again behind a back four who have bonded splendidly and are enjoying their best collective and individual form of the season.

The midfield was equally dominant with Morgan Schneiderlin again performing well in support of Gana Gueye and Sigurdsson while Bernard and Richarlison offered the width. Where we weren’t quite up to scratch was in terms of finishing the chances we created. Dominic Calvert-Lewin again put in a shift in terms of hard work, we just need him to find a regular goal-scoring vein of form to enable both him and the team to really kick on.

So the four games played saw two wins, one loss and one draw. As with March, eighteen players saw game time during the month and again four players – Jordan Pickford, Kurt Zouma, Lucas Digne and Seamus Coleman – playing every minute. No surprise then with three of the back four playing every game that the level of continuity and understanding has improved markedly.

As for the individual Man of the Match winners, we saw four different winners. DCL was a clear and worthy winner for his efforts in the Arsenal game; Bernard received the most votes for the setback at Fulham which coincidently saw the lowest single game total vote of the season; Gylfi Sigurdsson was a head ‘n shoulders winner for the United game and after a nip and tuck poll, Idrissa Gana Gueye came out on top for the Crystal Palace game.

Having dispensed with the advertising plug for GOT, the forum and polls, allow us to add a huge reminder to everyone that with just two games to go, Burnley and Spurs away, every single vote counts and could yet influence the outcome of the Player of the Season award. Please also be advised that voting for the Spurs game will only be available for the Sunday, Monday and Tuesday before the final totals are confirmed for the Player of the Season.

Finally, let’s get down to the business end of this article and on with the top three vote recipients and the PotM result.

April saw by far the widest spread of voting across the squad and easily the closest race of the season to date with as few as only twelve votes separating the coveted top three places.

In third place was our diminutive Brazilian magician Bernard… 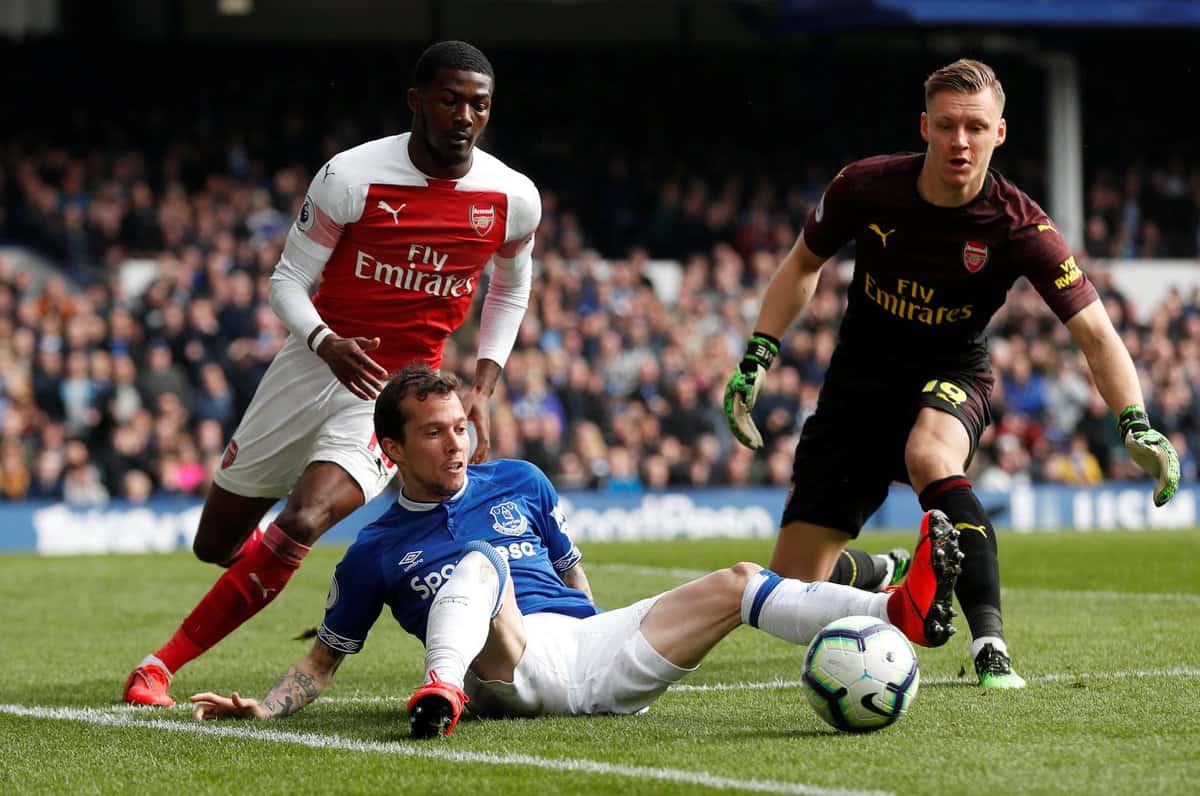 And the congratulations go, with just over 15% of the total votes cast, to the GOT Player of the Month for April…