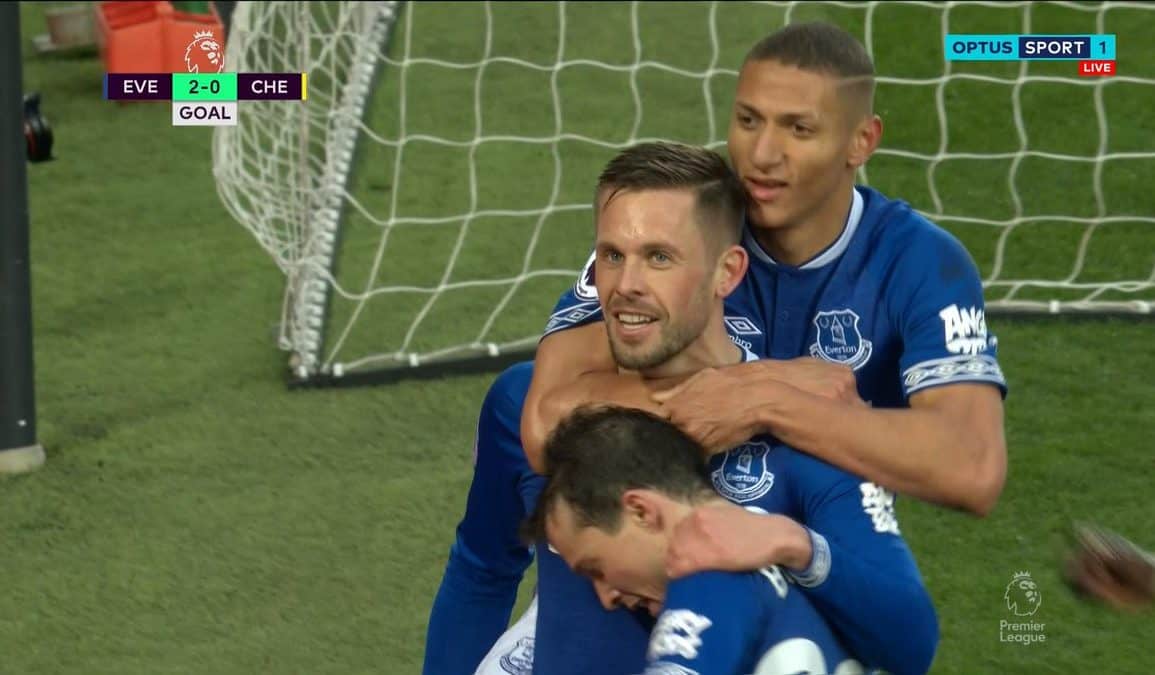 Is it time to relieve Gylfi of his penalty duties?

A very noticeable murmur goes around Goodison Park once Gylfi Sigurdsson picks up the ball and places it on the penalty spot. The Icelandic midfielder has been anything but Mr. Reliable from 12 yards this season and, should he miss another one during the closing stages of the 2018/2019 campaign, he will set a very unwanted record in the Premier League.

After the miss from the spot against Chelsea, Sigurdsson took his tally to three missed penalties for the season, which is tied for the most of any player in a Premier League season. Sharing this unwanted stat is also Manchester United’s Paul Pogba, who has also found a way to miss three penalties this term. This is only the second time in a Premier League season that two players have each missed three penalties.

The last time this occurred was during the 2003/04 season when Ruud van Nistelrooy and Alan Shearer both missed three spot-kicks each. That is one of the more astounding stats that you will read, especially in Shearer’s case, as Premier League viewers will only really remember the Newcastle captain smashing them into the top left corner and then wheeling away to do his trademark salute.

In fact, Alan Shearer doesn’t even make the top 20 in the all-time list of penalties scored in the Premier League. Frank Lampard tops it with 32 and, in fifth place, is Everton’s own Leighton Baines with 20. What the Blues would do now for Baines’ faultless precision from the penalty spot.

When it comes to Sigurdsson, he just never looks that confident whilst waiting for the referee to blow his whistle and, when he does hit them, he’s often lacking the power needed to get them past Premier League goalkeepers. Of course, power isn’t everything, but his placement leaves a lot to be desired as well, with keepers going the right way more often than not.

In Sigurdsson’ case, he was able to tap the rebound in against Chelsea, and Everton eventually ran out 2-0 winners, but everyone knows if Kepa doesn’t spill the ball, Chelsea may run up the other end in the next ten minutes and equalize. Missed penalties seem to galvanize a team and serve as a way of reminding them that they are still in the contest.

They can also help to settle the nerves and let a team kick on. A recent case study is Man City’s fixture against Schalke in the Champions League. The home side were expected to run riot; in fact, the pros at betconnect were certain there would be over 3.5 goals at 19/20 when they provided their best football betting tips of the day but, after 35 minutes, it was still goalless.

City were awarded a penalty and up stepped Kun Aguero to score. By doing so, he opened the floodgates for City to win 7-0. Guardiola even went as far as to say that City looked scared and only settled down once the penalty went in. Whether a player scores or misses from the spot, there is always an effect on the game.

That’s why it’s probably time for Gylfi to be relieved of his duties, having taken five and missed three this season. It’s not a problem just plaguing him at the domestic level either; Sigurdsson speaks of the hardest moment of his career being the penalty he missed against Nigeria in the 2018 World Cup.

Unfortunately, the Icelandic playmaker has a history of losing the plot from 12 yards out, and Marco Silva needs to pull him aside in training and relay some long overdue truths to him.