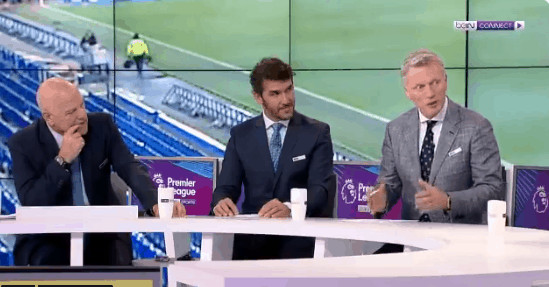 David Moyes has praised Goodison Park as having one of the best, if not the best atmospheres but believes Marco Silva has to give the supporters something to avoid Everton fans ‘sitting on their hands’

David Moyes: “It is one of the best [for atmosphere], if not the best for me. I think with it being so compact, so tight but you’ve got to give them something to get excited about. I think for a long time the supporters have been sitting on their hands at Everton. I think the Liverpool performance, I think the second half of today’s performance has given the supporters a little more than they’ve had for a month or two”.

On being asked about whether Everton should redevelop Goodison Park rather than move, David Moyes said: “I love Goodison. The memories I’ve had. Andy [Gray] will rememeber even greater nights than I can but even in my time, the noise, the atmosphere inside the ground – the opposition become frightenend. I’d have loved them to redevelop Goodison but at the moment it looks like there is going to be a stadium change and if it, we’ll get behind it and go with it but at the moment Goodison will be missed.

"You've got to give them something to get excited about. For a long time the supporters have been sitting on their hands at Everton."