Everton’s late season revival lasted just two and a half games before a horror show in the second half at St. James’ Park all but confirmed mid-table mediocrity for yet another campaign.

The Toffees welcome Chelsea to Goodison on Sunday as Marco Silva aims to beat a side above his Everton outfit for the first time.

Just eight games remain of the 18/19 Premier League season and the majority of Evertonians can’t wait to see the back of it.

But with serious doubts over his long term future — Silva should be treating every fixture as if it is a final.

Chelsea have encountered an indifferent first season under Maurizio Sarri.

A flying start under the Italian was soon derailed, Eden Hazard looked to have wrapped the player of the year award up by October but that soon went pear shaped.

A final was reached but that was probably the low point of Sarri’s tenure when Kepa Arrizabalaga went against his orders and refused to be substituted.

The Londoners have a serious fight on their hands if they are to play Champions League football next season, they go into the game week sitting sixth, a point behind Manchester United who are a place above them.

Chelsea come into the clash on the back of a 5-0 away win against Dynamo Kyiv on Thursday evening in the Europa League, a hat-trick from Olivier Giroud and strikes from Marcos Alonso and Callum Hudson-Odoi were enough to see Sarri’s troops advance to the quarter final.

Everton have had a sorry record against Chelsea over the past few years, the Merseysiders haven’t got the better of the southern Blues since a Romelu Lukaku brace in 2016.

The reverse fixture at Stamford Bridge in November was a goalless draw that either side could’ve nicked on the day.

The hosts could welcome back Seamus Coleman to their lineup after the Republic of Ireland skipper pulled up in the warm-up against Newcastle last weekend. Leighton Baines may be available for selection after injury.

Phil Jagielka is still out.

Yerry Mina will have to fill in for the ineligible Kurt Zouma. 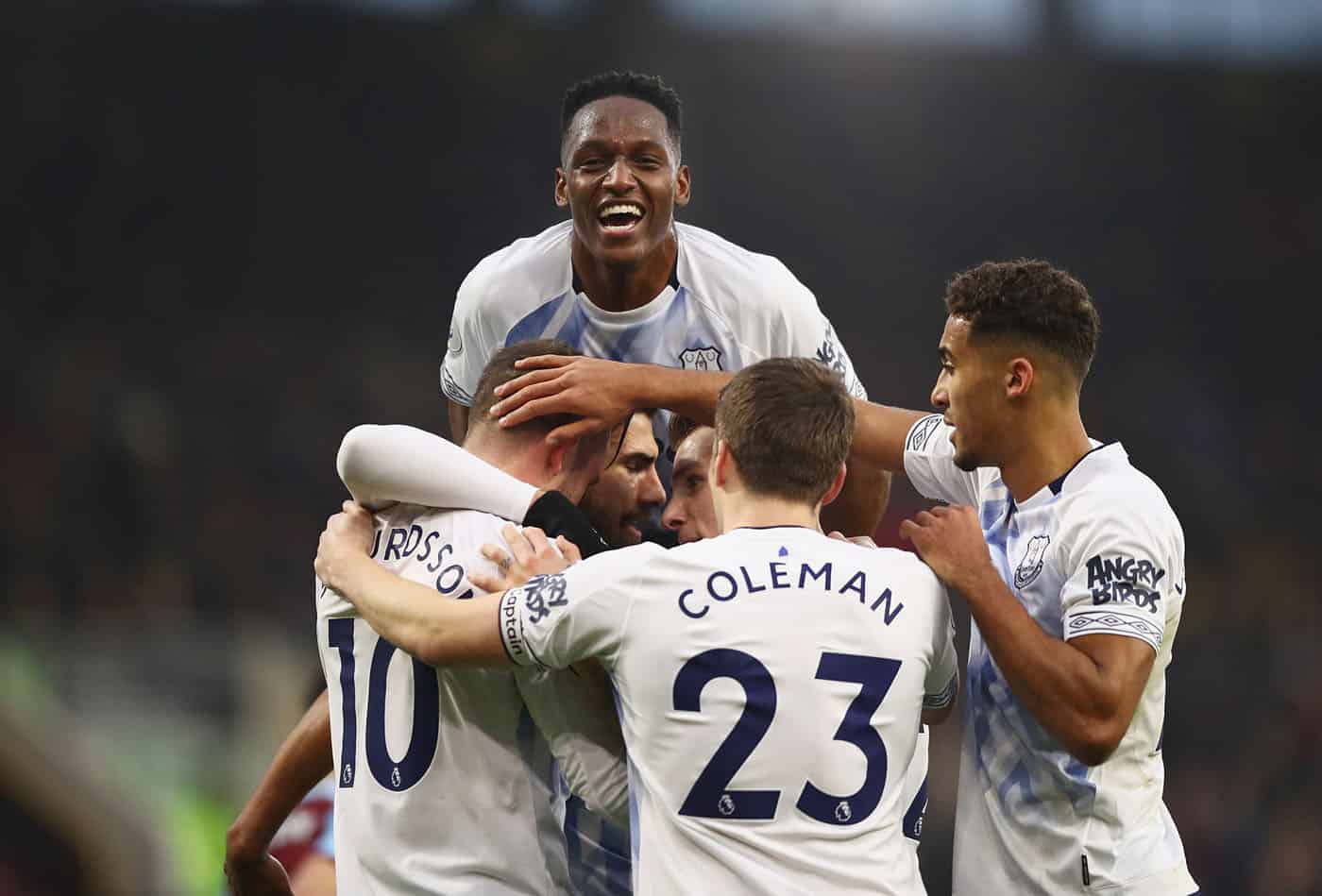 Anthony Taylor will officiate. In 40 games this campaign he has shown a mammoth 138 yellow cards and seven reds.

In 25 games he has shown 74 yellow cards and two reds.