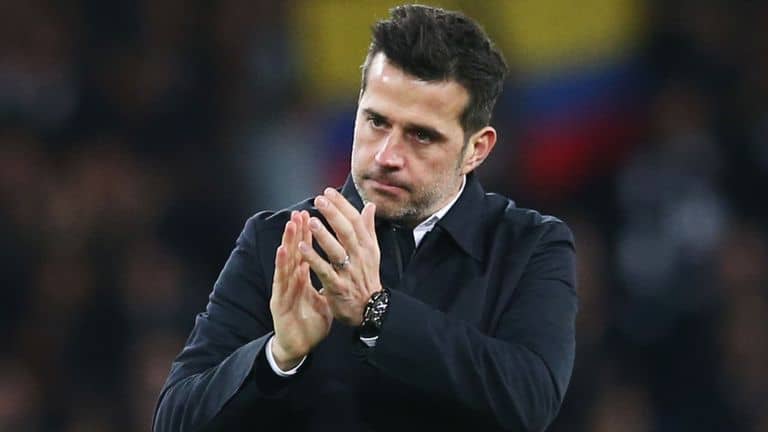 Everton snatch defeat from the jaws of victory

Jordan Pickford had a Jekyll and Hyde afternoon he’ll largely prefer to forget as he conceded a penalty, saved it and then spilled a shot to concede a second half equaliser as Newcastle roared back from two-nil down to win their fifth straight home game for the first time since Sir Bobby Robson was their manager.

This was truly a game of two halves as Everton thoroughly deserved their half time lead, but Newcastle had much the better of the second 45 and hit back with goals from Rondon and a brace from Perez.

Everton travelled to the north-east looking to continue their mini-revival in form at one of our happy hunting grounds in recent seasons, St.James’s Park, and once again to lock horns with our favourite FSW (rotund Spanish waiter) Rafa Benitez.

The Magpies were on an awful run of home form against the Toffees going into this clash having lost five of the last six games, but they were also on a decent run of having won their last four home games this season – making for an interesting afternoon.

Benitez remains tight-lipped about his own future with the Geordie club, wanting assurances about the direction and finances the club has for the future if he is t remain as manager. Preferring to talk solely about the immediate matter in hand he commented, “I was trying to avoid over-confidence in the group before the West Ham game but sometimes you can’t. We won’t make the same mistake. Everton is another final for us. We did well at Goodison Park, we played well, but they have good players and it will be a tough, tough game.”

With a good victory at Cardiff and the goalless draw against ‘them’ having boosted morale within the Blues camp, Marco Silva and his team travelled in search of a third successive clean sheet – something Jordan Pickford would relish in front of the Tyneside crowd – and to continue good form against sides in the bottom half of the Premier League table.

Another huge and titlly sold-out travelling support were hoping Theo Walcott, if selected, could return to something like the form he’s previously enjoyed against Newcastle, having scored five and added five assists in games against them to date.

In his pre-match comments he paid respect to the miserly Newcastle defence when he noted, “We have to look for each match as a final, like we did against Cardiff and in the derby. Newcastle are always a solid team. They are very strong in their defensive organisation. They have always got five men in their backline and with four players in front of them who are really solid. They do not concede many goals and they are really strong in counter-attack too.”

With only Leighton Baines still unavailable through injury, our Portuguese boss had a big squad to choose from but had to make a late change due to Seamus Coleman going down sick shortly before kick-off and eventually plumped for a starting eleven of: Pickford, Digne, Zouma, Keane, Kenny, Gana Gueye, Gomes, Bernard, Sigurdsson (c), Richarlison and Calvert-Lewin.

The follically challenged Lee Mason was our referee, as he was in the Goodison game between the two clubs.

A poor clearance in the first minute by Dubravka saw Bernard find Digne and his cross eventually fell for Sigurdsson to shoot on target but not beyond the Newcastle keeper. Zouma made an air kick clearance but was able to get the ball back to Pickford before the home side could react to his error.

Paraguayan international Almiron showed his pace on the ball with a surging run down the left flank to get away from Gana Gueye but his cross whilst a good one, was too far ahead of both Ritchie and Rondon. A challenge by Ritchie on Gana Gueye wasn’t penalised and the ball fell for Almiron to quickly cross again towards Rondon – Newcastle showing their hand early that quick crosses would be the order of the day,

Nice play down the left involving Digne and Bernard saw the Frenchman take the return pass, gain the area and feed Sigurdsson for the shot that was partially blocked and gathered by Dubravka. A testing cross from the right by Hayden saw Pickford punch the ball out but only to the head of Perez who couldn’t direct his header back on target.

It had been a bright, open first quarter hour by both sides clearly both sent out by managers wanting to play attacking football.

Everton duly made the most of their possession advantage, opening the scoring in the 18th minute. Lucas Digne picked off a loose ball to play another one-two with Bernard, a sweet pass indeed from the Brazilian, before sending in a super cross for Calvert-Lewin to climb and send an excellent glancing header beyond Dubravka to nestle into the far bottom corner.

Almiron again showed his pace getting away from both Gomes and Gana Gueye before a stiff challenge by Zouma won the ball back with the home crowd screaming for a foul. Pickford was again called upon to punch clear a cross this time from Yedlin on the Newcastle right as the Magpies tried to find a way back into the game.

On the half hour mark, a long cross from Ritchie from the left saw Pickford make a complete hash of it and then collide with Rondon to concede the penalty and be somewhat fortunate not to see a card. Ritchie stepped up hit a poor spot kick that Pickford saved with his legs to redeem his bizarre error.

And Everton rubbed a whole heap of salt into the Newcastle wounds, when Hayden went down, by racing down the Gallowgate end and Andre Gomes drove to the bye line to cross for Richarlison to put the Blues two up on 32 minutes.

Newcastle were visibly rattled and referee Mason who’d had a good half hour had a quiet word with Perez for a needless foul on Gomes.

Everton were now playing some good possession football but Newcastle hut back with a quick counter that saw Perez beat Zouma to a long ball from Yedlin to gain the penalty area with Pickford making a smart save , Jonjoe Kenny on hand to clear the loose ball to preserve the two goal lead.

Lascelles became the first name in the referees’ notebook for a foul on Richarlison that saw the Brazilian need treatment to what looked a rib injury. Just before the interval, Gana Gueye swept the ball to the left for Bernard to find Sigurdsson with a nice reverse pass, the Icelander going down in the box, but referee Mason correctly waving penalty appeals away.

Tempers flared just before the break as Almiron swung over yet another cross that Digne cleared only to be clattered by Schar, resulting in some push ‘n shove and harsh exchanging of words.

It had been an entertaining and incident packed first half with Everton showing more composure in their overall game, better pace from midfield and two clinical finishes, and Newcastle becoming increasingly frustrated.

Paul Dunnett replaced Lascelles in the Newcastle defence during the half time interval, no changes by Marco Silva for the Blues.

Everton started on the front foot with Gomes playing a sweet pass to find Digne for another dangerous cross from the left. At the other end though, Everton were thankful for Zouma to get back and get a cross from Ritchie to safety albeit at the expense of a corner that was successfully defended.

Perez got back to intercept a pass from Digne to launch a Newcastle counter, but his efforts came to nothing as the rest of his team seemed reluctant to over commit to getting forward. Sigurdsson then found DCL in space on the left and his layback into the path of Bernard saw the diminutive Brazilian go for the curler to the back post, but the shot didn’t curl anything like enough and sailed harmlessly wide.

Jonjoe Kenny took one for the team to pick up a yellow card for a foul on Almiron as he threatened down our right flank, the home side again unable to make anything of the free kick opportunity. Ritchie was still posing a threat down the same flank and another cross was happily gathered by Pickford. A long ball over the top for Rondon saw another error from Pickford as he halted his charge from his line and that presented Rondon with the chance to clip the ball over his head, but thankfully wide of the far post.

With an hour gone, Everton nearly bagged a third goal as a fine corner from Digne saw Dunnett get a telling header to deny Keane at the near post. Bernard after another excellent piece of skill and looking to play another one-two with Digne saw him wiped out by Yedlin, but no card was shown for the challenge right in front of Marc Silva.

Lucas Digne needed some assistance after taking a cross fully in the ‘crown jewels’ to give Newcastle a corner that was dealt with by the Blues, but Newcastle kept coming and reduced the arrears in the 65th minute as Perez and Rondon exchanged passes with the former West Brom forward firing a volley, slightly deflected off Kenny, into the Gallowgate end goal to set up an interesting final 25 minutes.

The home crowd were now back in the game and Everton needed to stay calm and retain possession to frustrate the home side and their noisy fans. Crosses were now coming into the Everton box and Dunnett flicked a header over when he might have been better leaving it for Rondon.

Schar picked up a stupid booking for a petulant reaction to not winning a throw-in as the Blues worked their way to the right end of the pitch in search of a killer third goal. Gomes spread the ball wide to Bernard and his cross for Sigurdsson saw DCL take the ball, spin and fire a low shot just wide.

Sigurdsson found Richarlison in space and that allowed Dunnett to get back and clear before Newcastle made their second change, Kenedy replacing Ritchie for the final 18 minutes. Barely 90 seconds later, Marco Silva made his first change withdrawing a seemingly unhappy Richarlison in favour of an extra defender in the shape of Yerry Mina.

Into the final quarter hour and Newcastle were throwing everything at Everton, the home crowd reacting to some perceived time-wasting by Pickford taking a goal kick. The FSW made his final change sending Shelvey on for Ki, with 12 minutes to play.

Incredibly with nine minutes to play, the Geordies drew level as Pickford could disappointingly only parry a 25-yard shot from Almiron and Perez was there to mop up the rebound.

Dunnett crashed in a half volley that Pickford saved well, but Newcastle kept the pressure on from the corner and a lofted ball into the box wasn’t dealt with and Perezcrashed home his second and their third from six yards as the Blues rearguard failed to react.

Ademola Lookman replaced Bernard with eight to play ahead of Almiron with another left wing raid sending a cross towards Shelvey, Gana Gueye getting back to concede a corner. Theo Walcott replaced Kenny with three minutes of normal time remaining and then the fourth official added five extras to give the Blues a chance to make something of the addition of two forwards.

At the final whistle though, it has to be said that Newcastle didn’t give up at the half time deficit and Jordan Pickford will likely come in for some criticism for a game he will not remember well.

Has a bit of infamy gone to @chicoazuls head? Haha