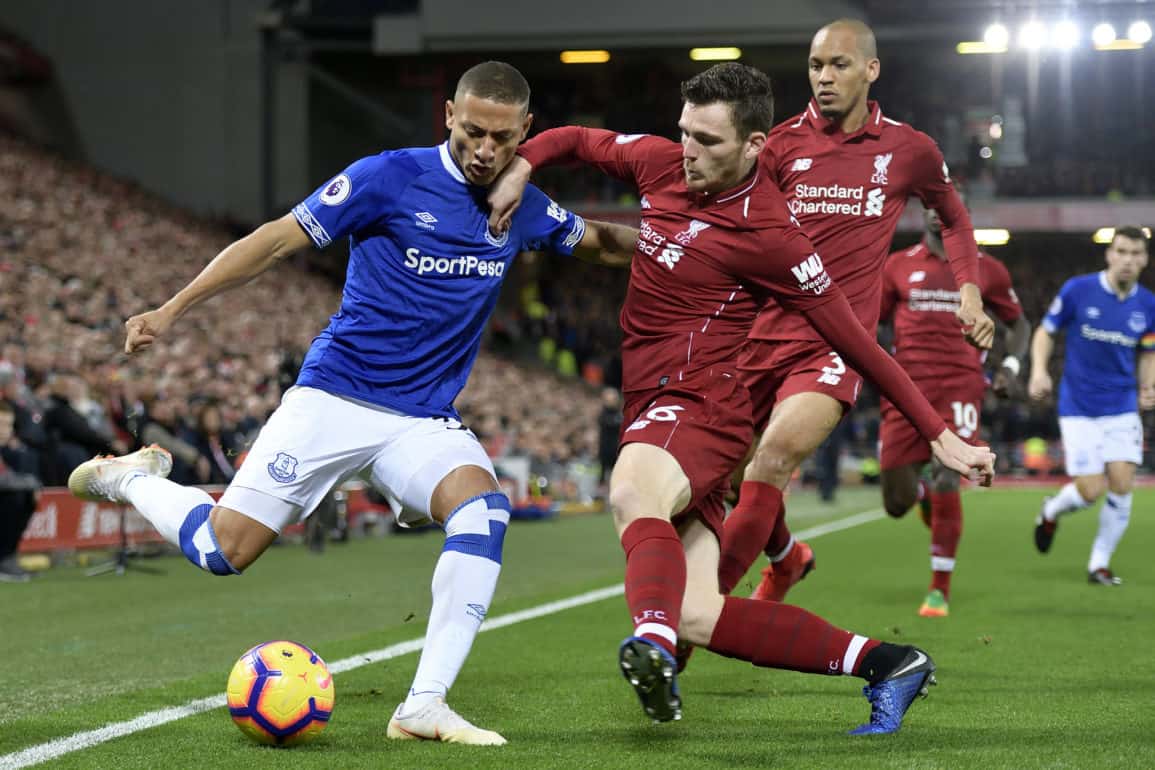 If, as fans, we ever wanted to test the ‘new’ Everton mentality, one that holds no fear, that is imbued with self-belief and which, importantly, treats our neighbours as nothing special, then we could have asked for no greater challenge than the weekend’s Derby.

The final seconds of the game were like a condensed version of everything we loathe about this fixture; misfortune, unfairness, a sense that the odds stacked against us are almost rooted in the supernatural.

As a theoretical exercise designed to challenge your ability to survive the Derby with this ‘new’ mentality intact, had you have conjured something suitably testing in your mind prior to kick off, then that conclusion would have been perfect. It was the most ‘Everton’ of endings and the most ‘Liverpool’ of outcomes.

It would be easy, and tempting, to look at what happened on Sunday and fall into despair. It’s as though there is some kind of elemental force existing in the universe that makes these things happen and which we are powerless to stop. As though no matter what Everton do, Liverpool will always be able to inflict these moments of hurt upon the club.

Even worse, when compared to past disasters, the loss was more of a blow because Everton had played so well. To an outside observer, you would imagine that Everton were the side chasing the league leaders, that Everton were at home, that Liverpool were the ones crippled by a sense of foreboding inevitability about the result.

I have watched my fair share of Anfield Derbies over the years and it’s been a long time since I can remember an Everton side playing like that in the heart of darkness. They were fearless, slick, strong, creative, threatening; everything past sides have not been. By contrast, Liverpool were lethargic, one dimensional and surprisingly blunt. If Mane, Salah and Firmino represent the best attacking triumvirate in European football, then God help European football.

Sky’s endless lauding of Salah et al, both before, during and after the game not only made a mockery of any sense of even-handed coverage but also undermined the broadcasters already paper-thin reputation. When it comes to Sky, you watch and listen and ask yourself the same question again and again ‘Are we watching the same game?’

So, there was a sting then to this defeat that has been entirely absent from other losses in the modern era. Everton did not deserve what happened. Here was a performance that for once in an Anfield Derby, merited a point at the very least.

But that sense of unfairness is one of the reasons why our ‘new’ mentality should remain intact. It’s hard to look for the silver lining at such moments, but the style in which Everton played is a huge positive. If we are on a journey with Silva and Brands, then this was an important destination. Perhaps the club did not make it as far as it wanted to, but the Blues are unquestionably heading in the right direction. In just a few short months, Silva has started to lay the foundations of something that is beginning to look very exciting; his proto-project making a mockery of other lengthier affairs.

The reaction of our manager to events should also inspire confidence too. Silva was composed, analytical and measured. Pundits laud the ‘passion’ of managers like Klopp, but to be honest, it smacks of a lack of control, an over-emotional approach to the game that might go some way to explain why his sides choke so often at the big occasions. Give me a manager who can show his players how to behave any day of the week over one who has yet to tame his inner-toddler.

But faith in a project and a manager who looks to promise much is only part of the reason why we should not fall into despair.  Allied to this, it’s important to see Liverpool as just another opponent and the Anfield Derby as just another fixture.

Were we to lose against Palace, West Ham or Burnley in such fashion, although there would be frustration, I doubt there would be as much despair as there was on Sunday. Although it is understandable to appreciate the difference, if we are going to exorcise the hold that Liverpool have had over us for too long then we need to start viewing them as being no different to any other side.

Losing the Anfield Derby is disappointing but only because it’s three points dropped. Forget the hyperbole that surrounds it, forget their proximity, forget how much it means to them. Evertonians need to move beyond this rivalry, free ourselves from the burden of elevating this game into something it doesn’t need to be.

At the moment, our relationship with Liverpool is toxic. Many of us would have spent hours after the match in a state of mental crisis, replaying that goal over and over again, letting it and the result undermine the sense of positivity that had been so palpable only hours before.

None of it is necessary, and none of it is healthy. On Sunday, we dropped three points in an unfortunate manner but, in keeping with what has been happening in recent weeks, we continued to excel on the pitch. And that is all that matters. All the rest of it, the taunts and the smugness, is immaterial.

I wrote in an article before the game in which I stated that there’s nothing special about Liverpool and there’s nothing unique about Anfield. And I’m sticking with that. Sunday was nothing special, just an unfortunate defeat, no different to Arsenal or United away. Everton remain in a good place with better to come. Onwards and upwards, UTFT!