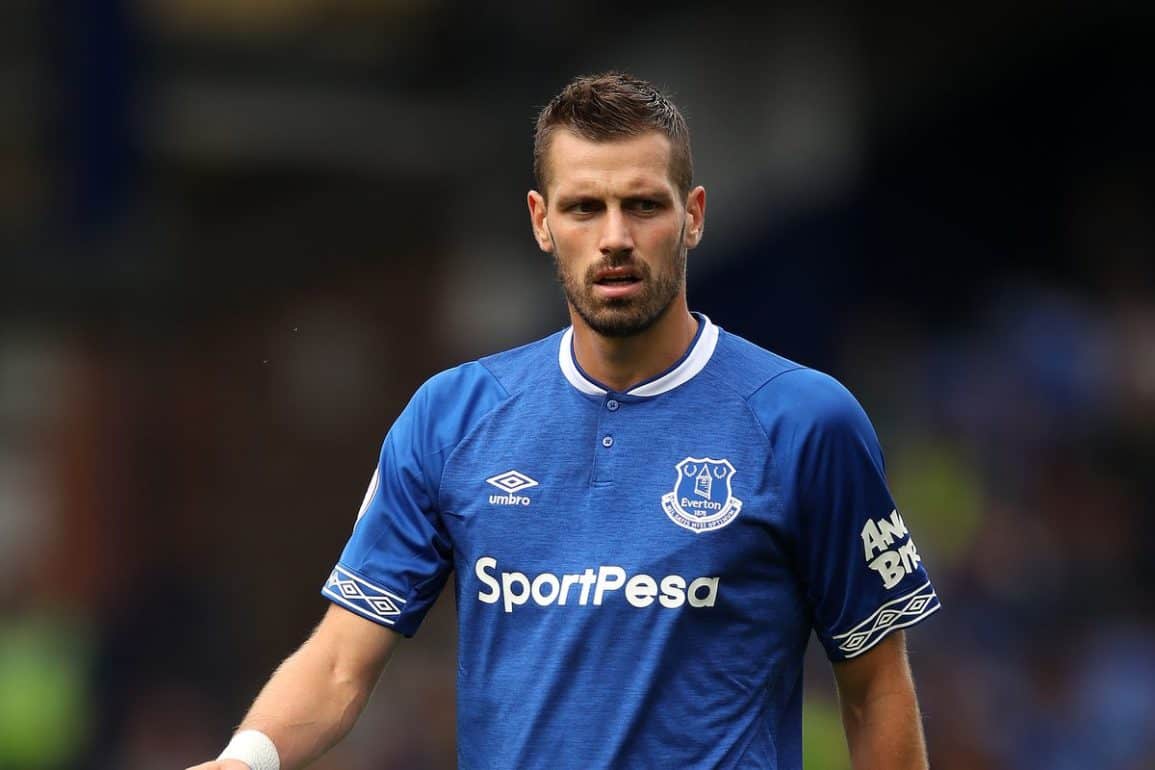 We’re just a few short weeks and a Yuletide period from the opening of the January transfer window and for many Evertonians, one question that probably needs an answer is… what’s the future for Morgan Schneiderlin?

Signed by Ronald Koeman from Manchester United in the corresponding transfer window of 2017 for in excess of £20 million, after a decent start to his Everton career the French international has failed to maintain the early levels he displayed.

Losses of form, injuries and doubts over his attitude and commitment to the cause have been major factors in his slide from grace, particularly with large sections of the crowd, while a conservative, defensive midfield role that rarely sees him venture beyond the halfway line doesn’t appear to fit very well into the more attack minded game plans of Marco Silva. 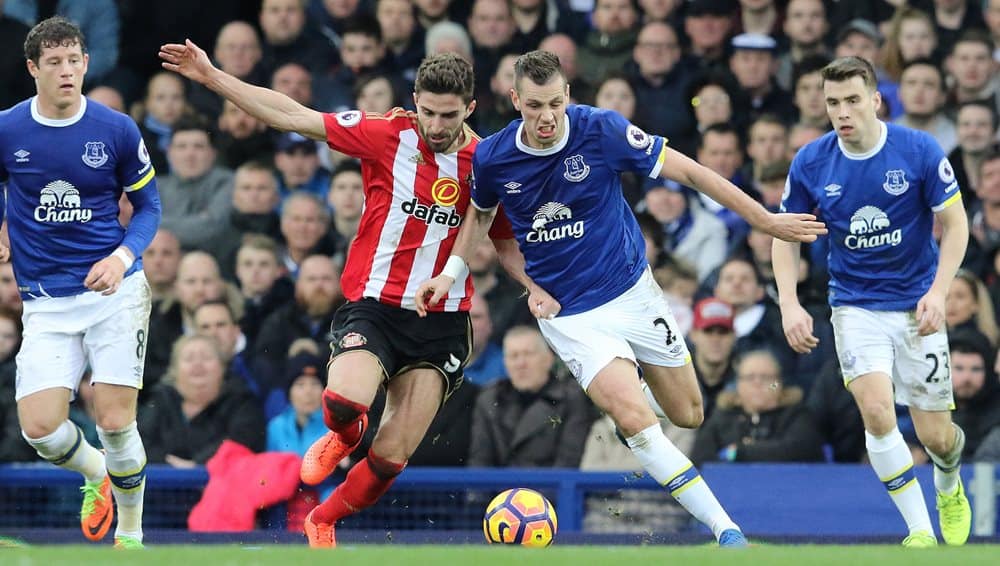 Under both Koeman and his successor, Sam Allardyce, Schneiderlin was all too often played alongside Idrissa Gana Gueye and their similarity in being primarily defensive midfielders proved too stifling for a team and crowd crying out for ideas and invention of how to get forward quicker with attacking intent.

Schneiderlin failed largely to re-produce the form he showed for Southampton, under Koeman, that saw him selected for France and was to lead to a big money, circa £27 million move from the south coast to Manchester United. And he patently didn’t fit into the plans of Jose Mourinho at Old Trafford and so the chance to link up again with Koeman at Everton seemed an ideal opportunity to resurrect his career. 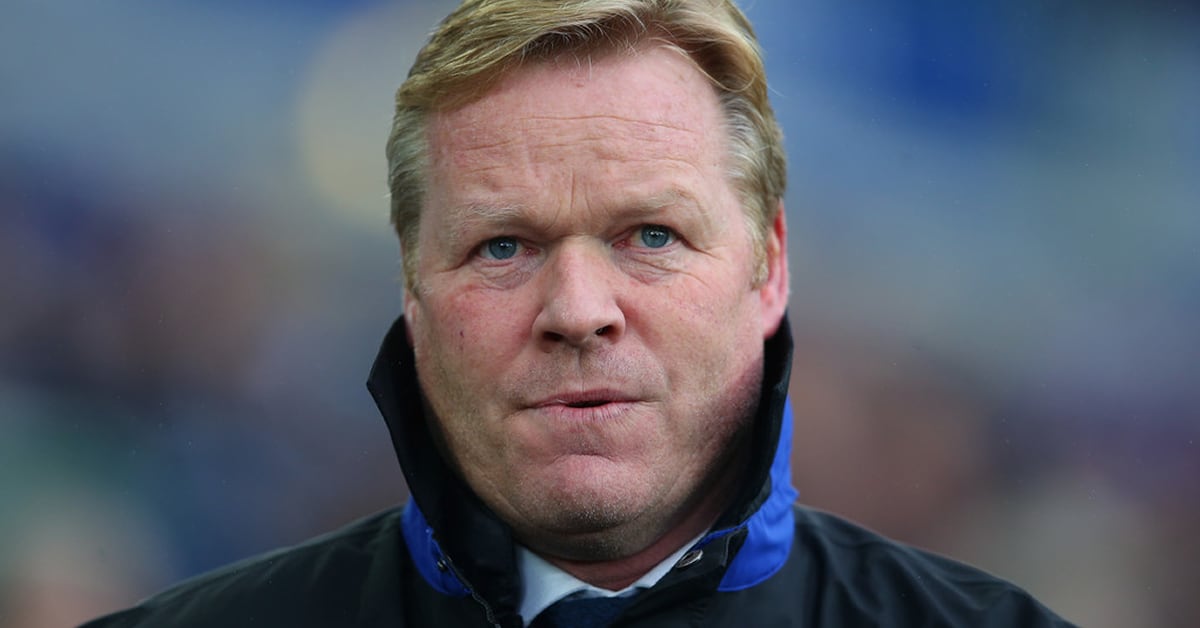 After a decent first season, the fortunes of Koeman nosedived after a disjointed 2017 summer transfer window in which money was splashed around like confetti with no apparent structure to said spending. Koeman was sacked in October 2017 as Everton slumped in the Premier League and crashed, in embarrassing fashion, out of the Europa League.

The boring, cautious and ultra-conservative Allardyce didn’t do much after his initial month that saw Everton solidify their Premier League status. A terrible style of play coupled with a complete and utter failure to grasp the nettle and push the club to seriously chase down Burnley for the chance to qualify for Europe again sealed his fate… as if there was ever really any long term aspect to it anyway?

Enter the new Director of Football Marcel Brands and new manager Marco Silva and a new way of thinking for the Everton squad. Brands and Silva clearly had clear and strong ideas about how they wanted to progress the club and the initial need to massively trim the size of the squad they were dealing with, while looking to strengthen and improve key areas.

The preferred formation for Marco Silva is 4-3-3 and with Gana Gueye and Gylfi Sigurdsson seemingly shoe-ins for the midfield right from the start, the burgeoning question was who would be the link between the hard-working tackling of Gana Gueye and the silkier, more offensive prowess of the Icelander?

With Andre Gomes signed on loan from Barcelona, but recovering from injury, the remaining slot in the midfield was up for grabs between the enthusiastic and young, but still learning his trade Tom Davies and the more experienced, proven international, Morgan Schneiderlin.

With doubts over his future and unpopularity among sections of the fan base, Schneiderlin was boosted by Silva in June 2018 as the Portuguese outlined he still had a future with the club. The ball was proverbially in Schneiderlins’ court – it was down to him to prove he was the player to cement the Everton midfield and look to return to something like the form he showed for Southampton that saw him net 15 goals in 260 appearances… compared to just two goals in 102 appearances for United and Everton prior to this season commencing.

Disappointingly Schneiderlin, like Allardyce before him, failed to grasp the nettle and push himself to greater efforts. For whatever reason it is within him, he’s slipped so badly down the pecking order at Everton that he’s made just seven appearances this term. He’s completed only two games this season and now doesn’t even make the substitutes bench for Silva and his attack minded style.

The forward motion, quick passing, more energetic, positive, attack minded and more pleasing to the eye play of Andre Gomes has been widely welcomed as not only a ray of sunshine, breath of fresh air to the team, but also a massive catalyst in bringing even more from Gana Gueye and allowing Sigurdsson to truly express himself as an attacking midfielder, linking smoothly and effectively with the front three of Bernard, Walcott and Richarlison, and scoring important goals.

With the likes of Tom Davies and Beni Baningime biding their time, waiting in the wings and newspaper speculation linking Everton to another exciting French talent in Tanguy Ndombele from Olympique Lyon, coupled with the fan base crying out for a permanent deal for Gomes to be completed as soon as possible, there appears to be only one course for Morgan Schneiderlin… a move away from Goodison in January.

Morgan Schneiderlin is not a bad player, but his natural conservative, safety-first, style of play and instincts don’t appear to sit well with the more expressive mantra of Marco Silva.

With the Everton team growing in confidence and the crowd appreciating the quite stunning turnaround in both form and style since the early September showings against Huddersfield and West Ham at Goodison, a move for Morgan Schneiderlin would likely suit both parties.

At 29 years old, he needs to be playing regularly and right now nobody, and I suspect privately he includes himself in this, can see him regaining a regular place in this current Everton set-up. With a fairly heavy investment made in acquiring his services, Everton would probably prefer a permanent deal to recoup as much as possible rather than agreeing to a loan deal.

With the ever-growing call for the loan of Andre Gomes to be made permanent and the rumoured interest in Ndombele, the answer to the Morgan Schneiderlin conundrum probably lies with the transfer market skills of Marcel Brands.