Richarlison happy to lead the line

Richarlison is happy leading the line for Everton.

Marco Silva turned to Richarlison to convert from a winger to a central striker after Cenk Tosun, Dominic Calvert-Lewin and Oumar Niasse all struggled in the role.

Richarlison: “I feel comfortable playing down the middle.

“I will play wherever the coach needs me and do my best for the team.

“I am doing what he is asking from me, which is to produce goals and play the way he wants. And I will carry on working hard up front.”

On Everton’s 0-0 draw at Chelsea, Richarlison said: “It was all about giving everything, I only trained once during the week because I’d taken a knock [in the victory over Brighton & Hove Albion].

“It was a battle, not just for me but for the whole group.

“It is hard to play at Chelsea and a point is worth a lot. We hit our target, which was to leave with at least a point”.

On his call up to the Brazil squad: “I’m very happy to be called up again for Brazil and I hope to play my best, to give my all for the Brazil shirt, as always, and score plenty of goals.

“Tite is going to decide who plays. But, of course, I could play alongside Jesus or Firmino. At Everton the coach has asked me to play as a striker, and I’ll do whatever Tite asks of me for Brazil.

“There’s no reason to worry about the injury, it is just a small knock, nothing serious. I’d given everything out there [against Chelsea]. It was a difficult match and an injury can happen at any time. So I asked the coach to be substituted, to bring on someone who was in better shape than me.

“We worked well as a team and got an important result.”

Behind Enemy Lines: Arsenal (A) 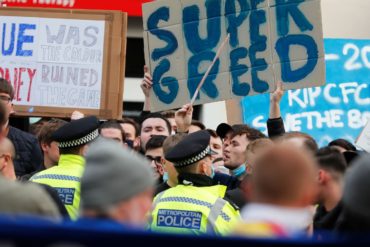 Total Football Dominion: Fed to them like grapes to a reclining Roman