Over the course of the last few seasons, there has been much comment and debate on Everton websites, forums, chat rooms and social media. In pubs, on matchday, inside Goodison, in fact just about everywhere, there’s been opinion over a crucial role within the club – its captaincy.

In the final season of David Moyes, he appointed Phil Jagielka as club captain, and many saw this as Moyes showing loyalty to a tried and trusted player. Jags has indeed been a loyal and trusted player, but never appeared to be a follow-into-battle kind of captaincy candidate.

Subsequent managers – Martinez, Koeman, Allardyce and now Marco Silva – have stayed loyal to Jagielka… or chosen to shy away from the subject of change in this vital on-field role.

I’m not meaning this to be a vilification of Jagielka, but Everton need to be honest with themselves and the player – he’s past his best and very likely to see his playing time this season reduced.

With the arrival of Yerry Mina and Kurt Zouma, and the decent early season form of Michael Keane and Mason Holgate, the elder statesman of the defence will not be so naive as to think he’s a shoe-in for an immediate and long-term return to the first team once his current suspension is served.

Let’s look at the question purely from the dawn of the Marco Silva era.

Set aside the stroll in the park against Irdning, the pre-season was a huge disappointment as not one victory was achieved in the five games that followed the Austrian training camp.

The defence, Jags home patch, leaked goals, looked nervous, and looked like strangers with each other. Maybe it’s down to the adoption of a zonal marking system – it’s certainly a system that gets cruelly exposed if the players aren’t familiar or comfortable playing it.

For me, a defence needs a dominant character, a genuine leader, an organiser… a captain.

We don’t need a Roy Keane bullyboy or a John Terry gobshite type. When did Bobby Moore ever clench a fist? But we do need a captain the other players truly take notice of. A captain who commands on-field respect and more importantly, a captain the others will follow into battle.

Marco Silva has indicated that Everton have more than one captain, and with Jags suspended following the Wolves game, Seamus Coleman – the almost universal choice amongst the fanbase to take the armband – and Leighton Baines have had the honour.

Coleman has captained the Irish national team, patently ‘gets’ Everton and is massively popular. Baines has been a loyal and trusted player, however like Jagielka, is past his very best and with Lucas Digne signed, the writing is on the wall for former England man.

I might be wrong, but both Coleman against Southampton and Baines against Bournemouth looked burdened by the responsibility of being captain.

Coleman is more vocal than either Jags or Baines, but somehow he appeared overawed at being the club captain, if only for a day.

At Bournemouth, it seemed a strange quirk of football that neither enjoyed anything like their best form. Coleman first half had arguably his most disappointing 45 minutes in the Royal Blue of Everton, while Baines was culpable for both the home sides goals – giving away the penalty and failing to put Cook under sufficient pressure to deny him the header that led to Ake scoring. I’m probably wrong, but neither Seamus nor Leighton looked like natural club captains.

What I m sure of though is, this is an issue that needs sorting.

I think back to some previous Everton captains and the types of player they were… competitors, leaders, warriors, winners.

Brian Labone, the centre half Harry Catterick dubbed ‘the Last of the Corinthians’. Not a screamer or a shouter, but very definitely a captain and player who commanded respect, who dominated, who led, who organised, who others would follow into battle… and a winner.

Alan Ball, little curly Alan Ball. Very definitely a screamer and a shouter, but like Labby, Bally commanded respect. He was a firebrand, as likely to get sent off as score but, never less than totally committed to the cause. Bally would never accept second best, least of all to ‘them’ across the park and he was, every inch of him, a winner.

Mike Lyons, arguably one of the best Everton captains to never lift a trophy. Mike bled blue blood and led his sides with a fierce conviction. In all but the silverware stakes, Lyons was a commanding figure.

I remember an FA Cup replay at Maine Road (that we lost 3-1) and John Gidman getting hurt right in front of the Platt Lane stand where lots of Blues fans were encamped. Gidman was holding his arm to his side and Lyons bellowed at him, “It’s only yer fucken hand, gerron with it.” No kid glove treatment from Lyons, but Gidman quickly followed him back into battle. 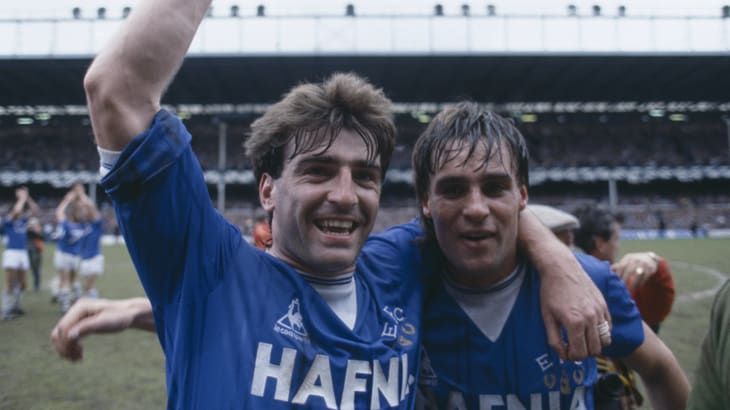 Kevin Ratcliffe, the clubs most successful captain. Commanding, quick, powerful, a tenacious – at times dirty – tackler and superb organiser. Rats was blessed with having Derek Mountfield and then Dave Watson as his centre back partners and the incomparable Neville Southall as the last line of defence behind him. But Ratcliffe was an inspirational captain and another the troops would unquestioningly follow into battle.

Dave Watson, who superseded Ratcliffe as Everton captain and led Joe Royle’s Dogs of War side to FA Cup glory in 1995 – the last silverware Evertonians celebrated. Waggy was another strong, powerful, vocal leader and a warrior, always up for a battle, he led by example. 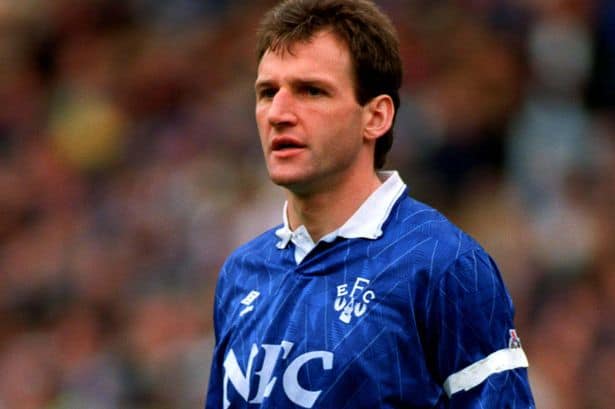 Getting back to the present squad and we have some very talented players, pacy, skilful, and already showing a much better mindset than last season for sure.

But and it’s a huge but, other than Coleman who appeared somewhat overawed against Southampton, I don’t see a commanding, natural, organising, stand-out, follow-into-battle type leader amongst them.

A captain who two-nil up at Bournemouth would either have driven the team on to bury the opposition or a thoroughly organised them to shut the game down with a rock solid defence of the lead.

I hope I’m doing Seamus Coleman a terrible injustice in thinking he was overawed at being captain of Everton, and that he makes me eat these words if/when he dons the armband next.

Football nowadays is a different animal to yesteryear, but I think back to 1968 when Brian Clough, then manager of Derby County, signed 33-year old, allegedly over the hill, Dave Mackay from Spurs. Clough, and his sidekick Peter Taylor, were convinced that the character, presence and leadership qualities of the veteran Scot would help Derby. They weren’t wrong.

Mackay was a Derby player for three seasons, ironically leaving the season before Clough took them to the old First Division title but the part he played in taking Derby from nowhere to the title season was immense.

It’s that kind of leadership, organisation and strength of character, the type Evertonians have seen in Labone, Ball, Lyons, Ratcliffe and Watson, that’s needed now.

As the club embarks on this new Marco Silva/Marcel Brands era they, and we, need a captain to ensure their philosophy and plans on the field are enforced and upheld.

They, and we, need a latter day Corinthian or Ratcliffe to bring genuine organisation, leadership and steel to the Everton of today.

Find that player, that true captain and he’ll lead this project we’re on and return us to the glories we all yearn for.