The questions Koeman needs to answer before the transfer window opens

AFTER the abject humiliation of being thrashed 5-0 at Chelsea, Duncan Ferguson was standing in the tunnel at Stamford Bridge with a face like thunder.

A brave local steward told him politely he couldn’t go back out on the pitch just yet because the players were still out doing their warm down.

“They never warmed up”, he snapped back. And he was right. Beating Everton was far too easy that day.

Virtually ever since, Ronald Koeman has been asking for a reaction. Barring a more encouraging 20-minute spell at the end against United on Sunday, his players haven’t given him one.

So ahead of what promises to be another big transfer window for a club with ambitions as big as their problems, here are some questions the Dutchman needs to answer.

Firstly, what is Everton’s identity under Koeman? A lack of identity is a criticism that has often been levelled at Mourinho’s United this season. It should be levelled at Koeman’s Everton too. They are no longer a possession team. But they are not really a pressing team or a counter-attacking team either. They have switched tactics a little depending on the opposition at times, but too often Everton’s players just look confused on whether to stick or twist.

Secondly, one sign of a good coach is being able to improve your players. Koeman is widely regarded as a good coach. But I can’t think of a single player he has improved. Look at Ross Barkley. Koeman was praised for dropping him when he was out of form. It seemed to have worked when he bounced back against West Ham. But since then Barkley has gone backwards. The sight of him sat on the bench with his head in his hands after not getting the call against United was not a pretty one.

Thirdly, and probably most importantly as it refers back to that comment in the Stamford Bridge tunnel, where is the pride, passion and intensity? Koeman is just not getting it from his players, and he should be. He’s dropped enough of them to show that virtually no-one is safe. But it’s still not working. Yes, the last 20 minutes against United were an improvement. But taking 52 minutes to register your first shot on target at home is not good enough.

In more and more interviews Koeman seems to point towards the transfer window for answers. The best managers don’t do that. They improve what they have. Look what Antonio Conte has done at Chelsea. Minimal additions to a team which had just suffered a horrible season, and they are now top of the league with players who once looked finished now playing out of their skin.

No-one is suggesting that should be Everton. Chelsea just have more talent. Yes, the club failed to deliver on Koeman’s full list of targets in the summer. And yes, it could take three windows for this to really feel like his squad. But the players they did sign vastly improved the squad. Gueye, Bolasie, Williams and Stek mean Koeman has more leadership, more toughness, better goalkeeping and better options up front. 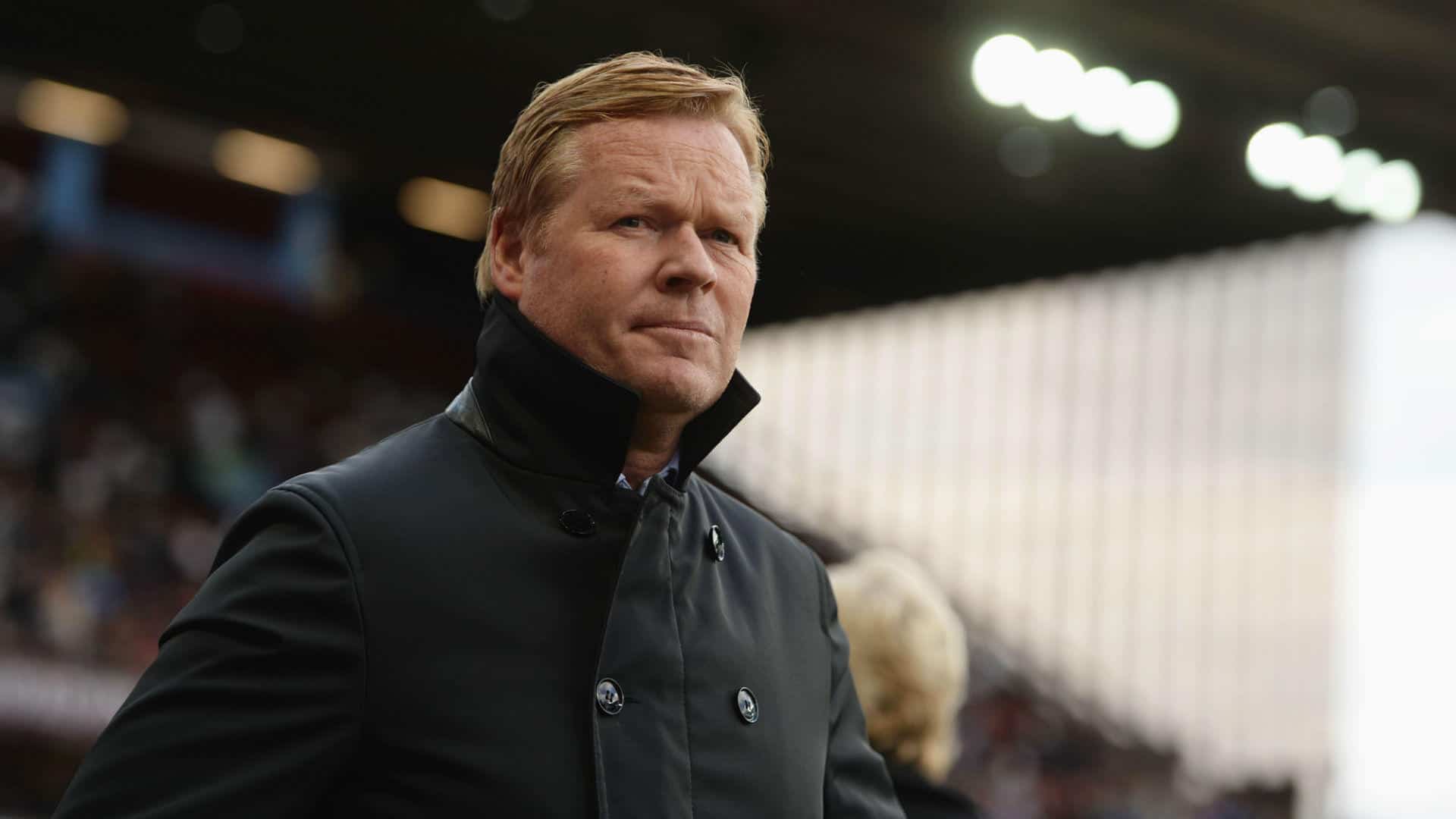 Yet Koeman has just equalled Everton’s worst run under Martinez last season (one win in ten games in all competitions).

The club could spend £100m next month and it could make little difference if his players don’t start responding to him and his team can’t find an identity.

Everton’s next few games include a trip to a Watford side they failed to beat home or away last season, home games against a red-hot Arsenal and a Liverpool team full of goals, and a trip to reigning champions Leicester. Where does the next win come from?

Koeman is a good manager. He proved that with Southampton, and he’s already shown a ruthlessness, a pragmatism and a grasp of in-game management that his predecessor lacked. He also made a fine start to the season. But if the slump continues, questions do need to be asked, and not just of his players.