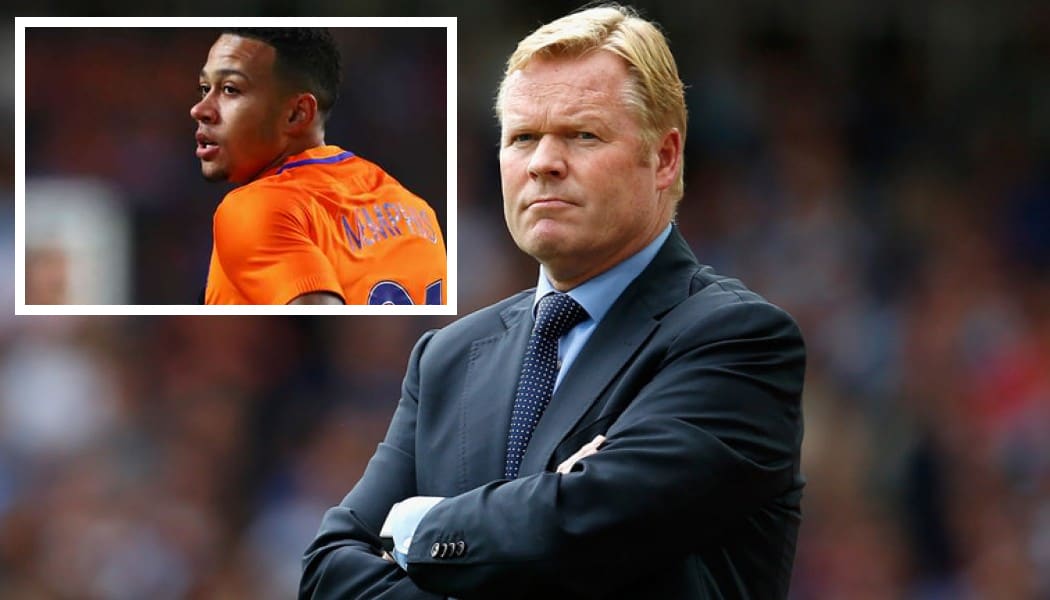 Memphis Depay has played a total of 24 minutes for Manchester United across four substitute appearances in the Premier League this season, and is clearly not a part of Jose Mourinho’s plans at Old Trafford. There are now reports that Ronald Koeman has revealed his interest in the United flop.

According to Sky Sports, Depay will be allowed to leave Old Trafford in the January transfer window, with Everton lined up to welcome him at Goodison Park. Since joining Man U from PSV Eindhoven for £26million in 2015, the Dutch international has failed miserably to make an impression at the club, picking up a mere 2 goals and 1 assist in the league. United are at odds of 8/5 with bitcoin bet online bookies, Sportsbet, to beat Arsenal when the league resumes, but Depay is unlikely to feature in the tie. Anthony Martial, Marcus Rashford, and Ashley Young are all ahead of him in the pecking order in Depay’s preferred playing position.

Luis Van Gaal had acquired Depay on the back of an impressive league campaign in the Eredivisie in which the 22-year-old scored 22 goals in 30 starts (see below) for his former club. The transition to England’s top flight to a club with high aspirations proved too much of a challenge for the winger, though, and he struggled to make any kind of impact at United.

Even though his time in Manchester has been unsuccessful, Depay has a lot of potential that could be realised with a show of faith from an ambitious manager. Koeman has a keen interest in pacey wingers and Depay has similar qualities to his former Southampton charge, Sadio Mane. If the new Everton manager could tap into that and turn Depay into a formidable force like Mane, he would be an excellent addition to an already potent and aggressive Toffees frontline.

According to The Mirror, the Everton boss said: “I would like to have him. He’s a young player with individual qualities and a threat. He’s efficient. I would like him in January.” Depay is under contract at Old Trafford until 2019, and the Manchester Club will be eager to recoup most of the money they spent on the player. But Farhad Moshiri, Everton’s majority shareholder, has confirmed that there is big money for the former Southampton manager to spend in January.

This wouldn’t be the first time a star player has been deemed surplus to requirements at United. Paul Pogba was allowed to leave the club for free in 2012, and went on to become one of the best players in the world during his spell at Everton. Depay could also be the kind of player that needs more encouragement and a longer run in the first team. These are things that Koeman would be able to grant him at Everton.

There is no shortage of attacking midfielders at Everton, but as Koeman seeks to build a squad capable of challenging for a top four spot, it is imperative to acquire youngsters with strong potential. Depay could one day turn out to be a highly shrewd bit of business.