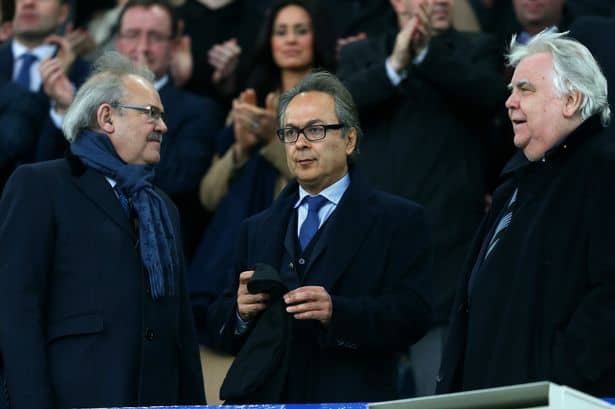 Nothing will be the same – in Everton’s boardroom?

Nothing will be the same

So said the strapline from Everton’s marketing department.

Well, in the light of Chris Matheson’s comments at yesterday’s House of Commons Culture, Media and Sport Select Committee we have a chance to make those words come true.

Under parliamentary privilege, Matheson said: “I understand that Sir Philip Green had something of a role of shadow director at Everton, including having PWC (accountancy firm Price Waterhouse Cooper) conduct an audit of the club and summoning the chief executive and the team manager to BHS headquarters to discuss transfer budgets.”

“If someone has paid for some shares through someone else and through an entity in the British Virgin Islands, but isn’t a director, would that a problem?”

He also asked questions on Vibrac and BCR Sports.

“And I understand it has provided £150m worth of finance to European clubs, including those clubs I just stated, in 2013.

“And I believe Vibrac is registered in the British Virgin Islands. Does it ring any bells?”

On BCR Sports, Matheson added: “Until March 2016, Robert Earl was a director of Everton – and I should say I am a season ticket holder at Everton – declared 23% of the ownership at Everton through BCR Sports, registered in the British Virgin Islands.

“However, a previous director and, in fact, the previous owner of those shares, Paul Gregg, says he wasn’t paid for those shares that were transferred to Robert Earl , by Robert Earl or even by BCR Sports … by Sir Phillip Green who was not registered as a director at Everton.”

An opportunity to provide clarity on the past, and the future

Here’s the opportunity to provide clarity on the past, and perhaps more importantly clarity about the future in terms of ownership plans, investment, and importantly greater clarity for smaller shareholders and fans, plus a commitment to the highest levels of corporate governance.

As a club we excel in so many matters, our community work, our commitment to former players are without exception, superior to any other Premier League Club. With the recruitment of Koeman, his team and Steve Walsh it’s evident we are making progress on the pitch and will continue to do so.

The one area where, at least in my eyes, we are miles behind some of our competitors, and certainly far from best practice is the management, financial reporting and communications from the club.

The argument goes of course, that as a private company, there is no legal requirement to provide information beyond statutory requirements, and whilst that is true, does it fit in with the requirements and demands for the 21st Century, particularly an institution so embedded in its local community and fanbase?

I, and I’m sure thousands of others, don’t believe current disclosure levels are fit for purpose. As a result barriers are created when there’s no need for them. In addition, suspicions arise as to the reasons for non-disclosure, all of which damage the brand of Everton FC.

Furthermore if even some of the claims made about Everton’s financing and ownership in the past happen to be true, then existing shareholders (and fans) need to be informed, and if necessary bring to account the perpetrators of any potential wrong doings, misinformation and omissions.

So what’s to be done?

We are striving for excellence on the pitch, we are achieving excellence in the community around us, the only area where that does not appear to be happening is in the boardroom. Yet that should be the easiest area to fix.

If we really mean “nothing will be the same” prove it by making good any alleged wrongdoing in the past, and provide greater clarity and disclosure about the future. By doing so you’ll  demonstrate strength and integrity and win the support of all supporters, making us a stronger and better club in the process.