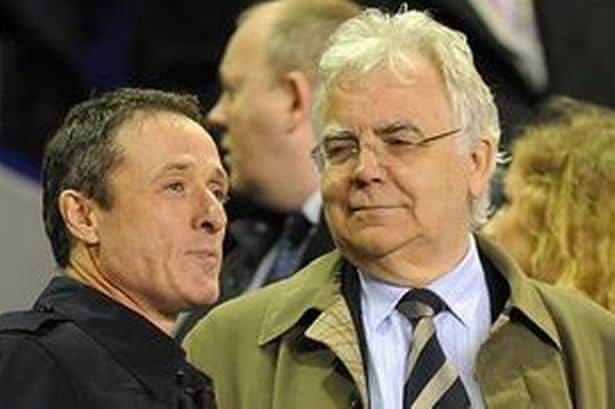 The over-riding feeling of this transfer window is frustration that we’ve again failed to take full advantage of an opportunity presented to us given our new major shareholder, new manager and Director of Football. It’s clear our recruitment process failed us and as a result we will find it more difficult to advance at the pace we the fans, and I’m sure Moshiri and Koeman had hoped.

I want to give some thought as to why the window has turned out the way it has.

Anyone who has successfully sold products or services, or anyone who has successfully recruited people at the highest levels knows that the most difficult part of the task is usually getting the initial interest. It’s getting that first communication compelling enough to engage the customer or target. That’s why companies spend billions each year on promoting their brand, so that when the opportunity comes along to present the brand to a customer or target there’s as high an engagement rate as possible. Why? Because once you have the engagement, assuming your product or proposition makes sense the rest in my experience is, on a relative basis, much easier.

Now what’s the above got to do with Everton?

We operate in a highly competitive environment and we’re clearly not a premium brand in our own right in the modern game. There are plenty of positives of course, our Premier League status, our fan base, our manager and some of our previous recruitment successes with our players and current squad. There are also negatives – we’re not consistently in Europe, we’ve not won a trophy in 21 years, and we’re some way off being able to guarantee levels of performance and success that attract the very best players.

In examining what we achieved in the transfer window, it seems to me at least that we got the initial pitch correct.  We were able to engage our targets and their agents early on in the process of them becoming potential Everton players. The range of players we were linked with suggests that getting through the door to speak to a Witsel, Mata, Carvalho, Brahimi etc was not overly problematic.

The real issue was how and why none of these prospects and several  later in the window, even though of lower stature in the game, could not be closed and become Everton players?

For some it was money – Witsel for example where ultimately we pulled out, others Carvalho as an example, listened to the pitch but was not convinced. However many, particularly later on in the window got down to final negotiations, and this is where the problem seems to lie, particularly with overseas players – ultimately we did not have the skills and experience to see the deals across the line.

So what’s to be done about it? Moshiri and Ryazantsev proved their abilities in attracting talent by bringing Koeman and Walsh to the club, and certainly in keeping Lukaku at the club through their meetings with Raiola. Kenwright and Elstone, well what can be said?

Something very badly went wrong in terms of preparation, negotiations and ability to close. I doubt Moshiri with all his experience will allow a similar situation in January. Was he wrong to entrust this element of the task to his Chairman and CEO as the window progressed? Where Moshiri went wrong was in my opinion, not remaining fully briefed on the progress, or lack of, and any issues that were arising. Perhaps towards the end of the window he became more aware of this, particularly with his comment on the state of the transfer window. However the truth is outside of Kenwright and Elstone he had few alternatives to turn to inside the club or board.

Where does it leave us? In organisational terms we need to be able to execute deals efficiently, and in a timely manner with a proper process. I’m not concerned about identification of targets, Walsh and Koeman are perfectly adept at this, Walsh in particular, nor about our initial approach. I am concerned though at Board level we do not have the right people to see us meet our objectives and that’s where the change has to come – something that won’t be lost on Moshiri.

There was considerable talk early in the summer about the prospects of David Dein being introduced into the club. Additionally the BP CFO, Dr Brian Gilvary has been heavily associated with a non-executive position on the board. Neither of these have come to fruition yet, perhaps the timing will coincide with the next phase of Moshiri’s acquisition when he exercises his options agreement with Kenwright, Woods and Abercrombie. I can only hope so.

I’ve read the local media talking about the successes of the window, adopting a balanced approach that we’ve done OK because we’re stronger now than we were at the end of last season. Well frankly that’s not good enough. We have to judge the window on the opportunity that was presented to us and how we failed to take anything like full advantage of that. Had we done so, especially given the start to the season on the pitch, we would have been in a great position to move forward. Sadly we haven’t, and again we’ve allowed our competitors to strengthen at a greater pace than we ourselves have done.

You can’t catch up if you’re still running slower than your competition, and because of the organisational and personnel issues in this window that’s exactly what has happened. We need a football man experienced at the very highest levels of the game in the Chair to run negotiations and a truly world class CEO to execute the deals as they are agreed. Sadly we had neither, and for a while at least our progress on the pitch will be much more difficult because of it.