On the 2nd June, Everton were celebrating.

Celebrating “record-breaking Season Ticket and strong hospitality sales with almost 31,000 seats already sold for the 2016/17 campaign” – equating to having sold eight out of every ten seats at Goodison Park for the season ahead.

As of today, Everton have sold over 32,000 Season Tickets, including a record breaking number of Hospitality memberships. Everton’s highest ever total at this stage of the Club’s sales campaign – with four weeks still to go before the new Premier League season kicks off.

Every single ticket for the Park End, Family Enclosure & Paddock is already totally sold out for home games at Goodison Park. 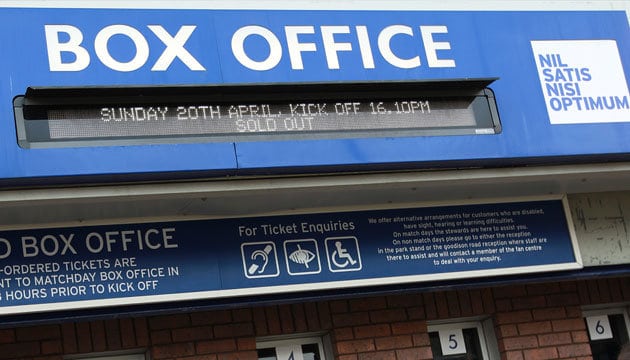 A bold new pricing stricture, the Farhad Moshiri and Ronald Koeman factor and an excellent marketing and commercial campaign have no doubt all contributed significantly to record-breaking season ticket sales.

Impressive. Without surprise, Everton’s Chief Executive Robert Elstone was quick to highlight just how impressive this all is, particularly after a season that fell “well below” expectations: “We’ve never shied from demanding targets at Everton, evidenced most recently by our unchartered aim to secure 30,000 Season Ticket holders.

“Challenging ourselves to pre-sell 75% of the stadium and smash all recent sales records following a season that fell well below expectations, particularly at Goodison Park, was certainly ambitious, but we’ve done it.

“We set really keen prices, we continued to win hearts and minds and build loyalty, our marketing campaign was informed and our Fan Centre was accessible, helpful and professional. By voting with their feet, our fans have acknowledged the great value for money that a memorable day at Goodison delivers”.

Despite the overwhelming positives – the downside of course, is the prospect of reduced accessibility. If you don’t have a season ticket, or Foreverton membership – you’re going to really struggle to get a ticket.

A study earlier in the month displayed the total number of season ticket sales as below; 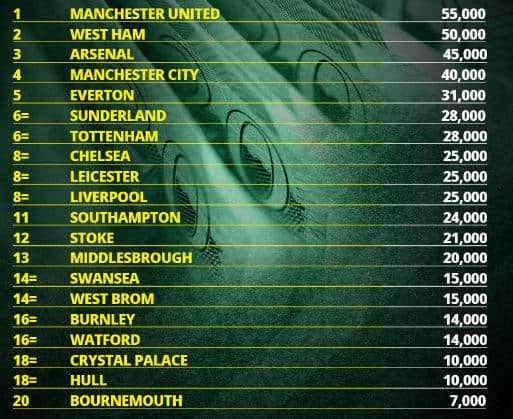 It’s led to some concerns that Everton’s decision to allocate so much of Goodison Park’s capacity to season tickets will restrict access to fans that are unable to be a season ticket holder.

Ricky Martin commented in our forum: “I was introduced to football on the “dad and lad” going to the odd few games a season – there’s no way my family could have afforded a season ticket for the both of us. It wasn’t a realistic option.  Plenty of times in the 90’s we walked up on the day when my dad had found a bit of spare money lying about. I hope there aren’t similar boys and girls in similar predicaments who end up disappointed and never capture the excitement and buzz of walking up the steps and seeing the pitch”.

… And are encouraging fans to buy a Foreverton membership;

Securing a Foreverton membership will  provide the best chance for non-Season Ticket holders to secure their seat to watch Ronald Koeman’s team in action at Goodison Park and on the road.

Foreverton members will have the opportunity to take advantage of priority ticket access, with supporters given three to five days to purchase their tickets for home league games before general sale commences. A new benefit for the 2016/17 season will also offer members priority access to purchase Cup tickets, for both home and away ties, and tickets for Everton’s away Premier League fixtures before they go on general sale.

Members will also benefit from free entry to Everton Under-21 home fixtures and Everton Ladies home games, as well as a discount voucher for selected Premier League home fixtures, entry into exclusive prize draws and access to exclusive events.

There are four packages for fans, depending on age, including a special membership for overseas fans, with tailored benefits for each group.

It seems very likely that fans buying habits will have to change.

Picking up a ticket a few days before, or on the day of the game is likely to become a thing of the past.

Limited season tickets remain and for those unable to pickup a season ticket, a Foreverton membership would seem a worthy investment. 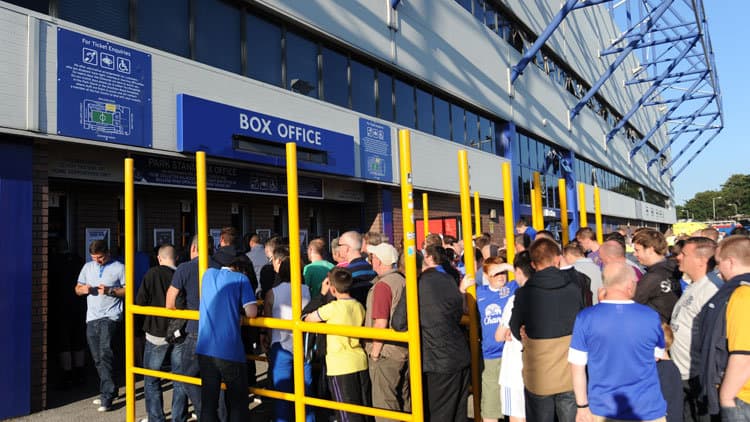