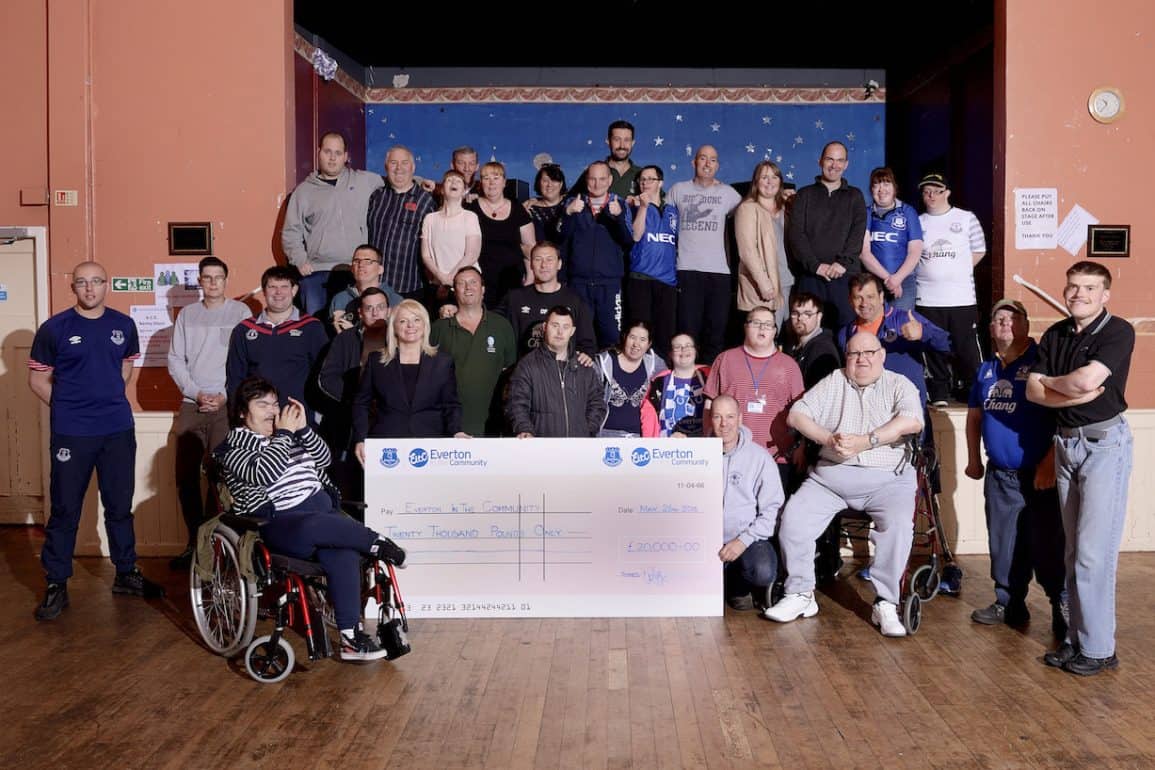 Duncan Ferguson has donated a further £20,000 from his testimonial proceeds to Everton in the Community.

The former Goodison No 9 made a surprise visit to one of the charity’s programmes ‘Active Me’, at All Saints Church Hall in Kensington on Wednesday to hand over the cheque.

Known for his hard man attitude on the pitch, Ferguson is very much a gentle giant off it and his latest gesture means the total donated to various charities from his testimonial match against Villarreal last summer is up to £65,000.

Ferguson told the official Everton website: “All thanks to the Everton fans and the testimonial committee – we’ve donated altogether £65,000 to Everton in the Community and there have been other donations (to additional charities) as well.

“Everton in the Community has won awards after awards, so all credit to the team there. They do some fantastic work and if I can support them in any way I can – even if it’s a small part – I love to do that.”

Despite losing 2-1 to the Spaniards, Ferguson enjoyed playing in front of the Goodison faithful for one last time in a match which saw Wayne Rooney return to wear the royal blue of Everton once again.

“I’ve really enjoyed my testimonial year,” said Ferguson. “It was a fantastic match (against Villarreal) and a lot of the function events have been run very professionally by Ray Parr and Lorraine Whitaker from the Testimonial Committee. We’ve raised a lot of money for a lot of worthwhile causes across the region.

“I’ve always felt like a big part of the community and tried to help where I can.”

Everton in the Community uses the power of sport to engage with all members of society, regardless of age or ability.