Roberto Martínez has been sacked as manager of Everton Football Club.

Martínez was appointed as Everton manager in June 2013 and led Everton to a fifth-place finish in the Premier League with a club record Premier League points tally.

His efforts earned him a new five-year deal in June 2014. Since then, Everton’s form nosedived; 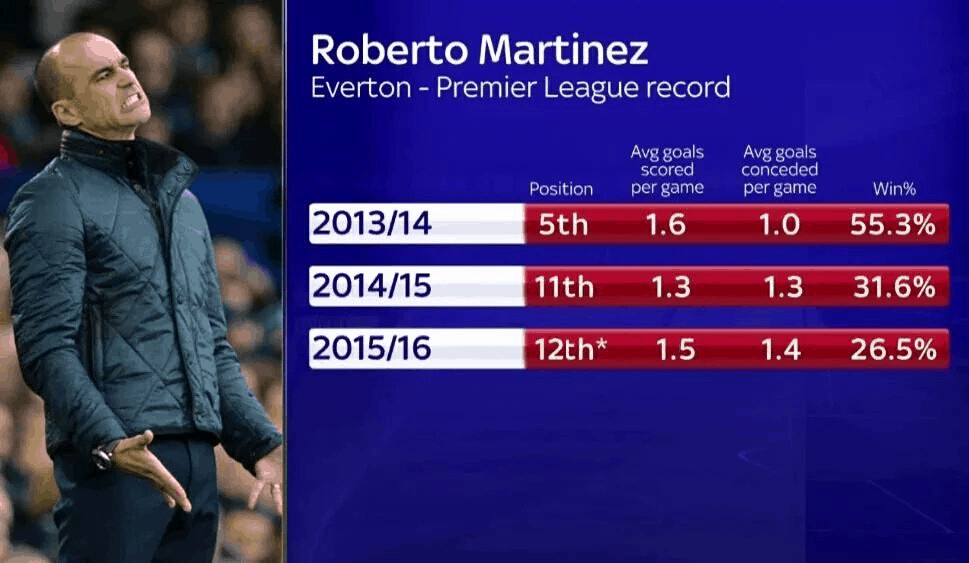 Martínez had admitted the Merseyside derby and United Cup tie amounted to a defining week for Everton and it yielded a shambolic display at Anfield followed by a second semi-final defeat of the campaign. Everton’s poor form continued, a 2-1 victory over Bournemouth was followed by particularly disappointing performances in in a 3-1 defeat at Leicester before a 3-0 defeat at Sunderland. With the team 12th in the Premier League, having won only 10 of 37 matches and recorded Everton’s lowest points total at Goodison on the basis of three points for a win – a second successive season in the bottom half of the table, with a team Martinez described himself as “the best Everton squad since the Blues last won the championship” has sealed his fate.