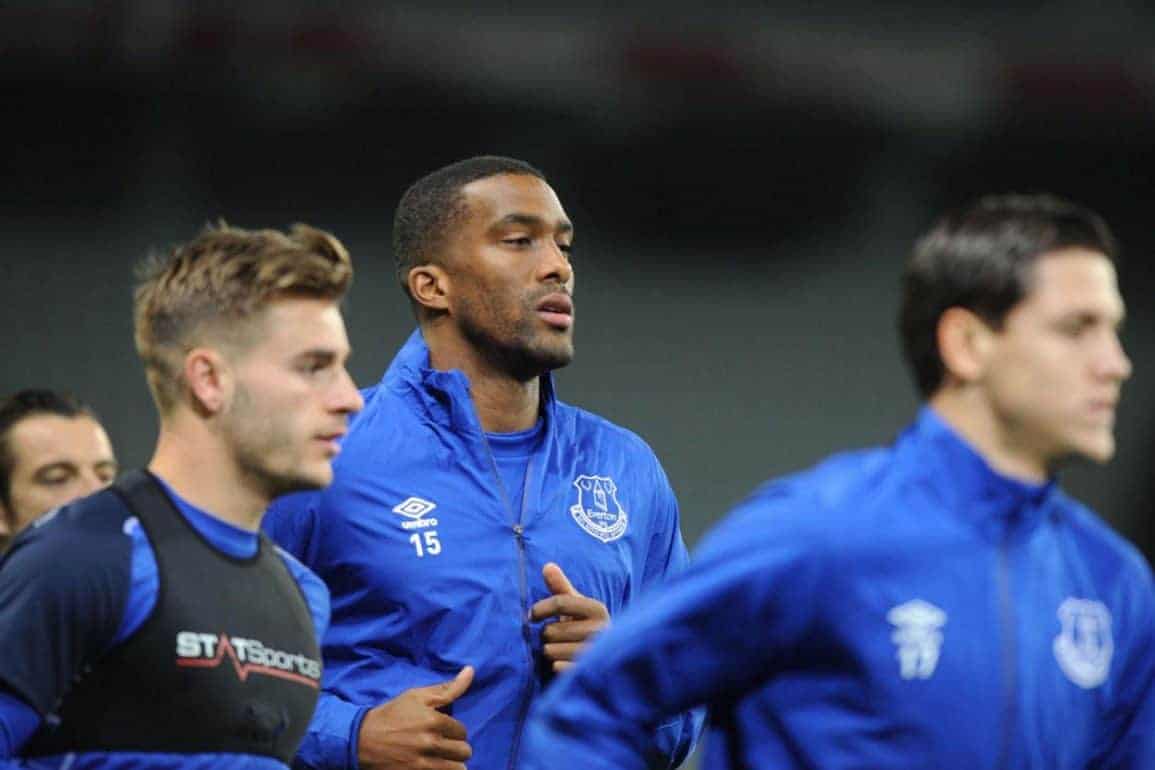 Sylvain Distin has no regrets on how he handled the reported fall out between him and Roberto Martinez.

Distin: “That’s between me and him.

“I’ve never been the type of guy to go and speak about my situation to anyone and I dealt with it the way I had to and I have no regrets.”

The 38-year-old former Everton defender also offered comment on Everton’s defence, responding to the comment that during Martinez’s first season in charge at Everton, the Blues conceded just 39 Premier League and kept 15 clean sheets – of which Distin started in 14.

“Well I don’t know if it’s since I left, it could be a coincidence!” Distin said.

“We’ll never find out, all I know is when I was there we had a really good defensive record that was not just down to me but down to the lads around me, like Jags, Bainsey, Seamus, Hibbo [Tony Hibbert], Tim Howard – the team.

“It wasn’t down to one player. I am in the generation of defenders that don’t like conceding goals and take pride in our defensive record but football is changing and you have to deal with it.”

On the increasing calls for Martinez to be sacked, Distin reckons the pressure he and Everton players are facing is “normal”.

“It’s down to results I guess – if the results aren’t as good as his first season I don’t think people would complain.

“But the second season wasn’t good. There was a lot of change and expectation this season and the results weren’t good.

“We’ll see at some point the manager and the players get under pressure it’s completely normal.”