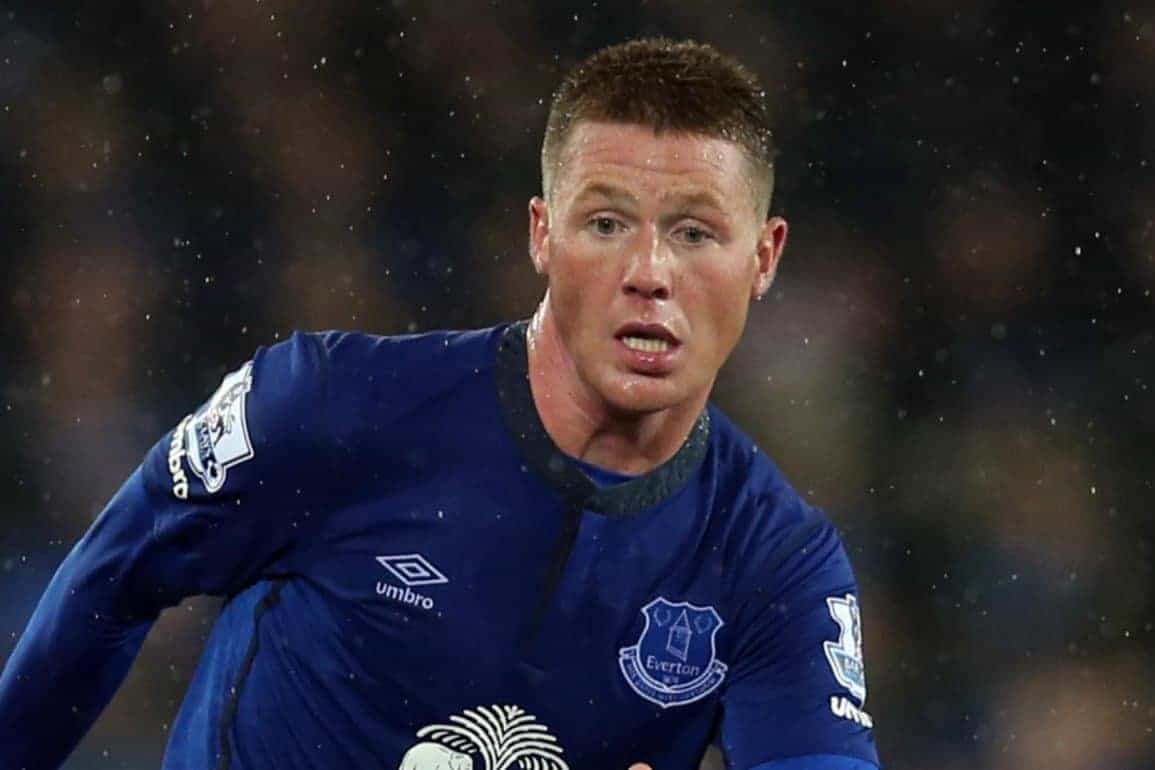 Everton travelled to Selhurst Park to take on Crystal Palace in what could be a dress rehearsal for the FA Cup Final on May 21st.

With the rumour mill rampant that manager Roberto Martinez is on borrowed time after another disappointing Premiership campaign to date, he was desperate for three points to avoid Palace leapfrogging over them in the standings and compounding the pressure upon his head.

Captain Phil Jagielka was unavailable due to the hamstring strain picked up late in the draw at Watford, but the Blues were boosted by Ross Barkley being passed fit to play. Martinez dropped Gerard Deulofeu to the bench in favour of Arouna Kone with Ramiro Funes Mori partering John Stones in the centre of the back four.

Palace who themselves have been in something of a slump made their intentions plain early on with a couple of long balls into the heart of the Everton defence looking to exploit any indecision and nervousness. A horrendous third minute giveaway by Kone gave Bolasie a shooting chance that Robles dealt with comfortably before Gayle put a close range effort wide under pressure from Stones in a slow, rather sloppy start by the Blues.

In the Blues first raid, Ross played a one-two with Rom, but the ball wouldn’t quite drop to give him a perfect shooting opportunity. Everton, despite being encouraged by another terrific travelling support were soon on the back foot as Palace largely dominated the opening quarter hour that saw McCarthy pick up an early yellow card after a succession of fouls.

Everton could have taken the lead on twenty minutes as Hennessey had to be quick to deny Seamus Coleman arriving at the back post unmarked after a promising move involving Lennon and Baines saw the long cross fall invitingly for the Irishman. The next good scoring chance also came the way of the visitors as Barkley won the ball and his slightly misplaced pass was latched into by Kone with a rasping drive that cleared the cross bar by just inches.

Everton had gradually settled and were enjoying more possession and another nice one-two saw Seamus and Ross swop passes with the shot from Seamus deflected nicely for Hennessey in the home goal. Alan Pardew was urging his team to regain the initiative and Gayle tried an acrobatic overhead kick that went just wide with Robles rooted after a disappointing clearing header from Stones served up the chance.

A poor pass from Ross gave Palace another chance to raid and Zaha forced RFM into a hurried sliced clearance that thankfully, went over the bar. A Cabaye free kick was punched clear under pressure by Joel Robles as half time loomed and after one extra minute, dressing room tea and oranges were served with the scoreboard blank. Everton had played the better football, but Palace had threatened with the Route One approach and pace of Zaha, Bolasie and Puncheon.

Palace brought Connor Wickham on for the injured Dwight Gayle at half time hoping to put further aerial pressure on the Everton defence and news came through that our Wembley opponents would be Man United in a repeat of the 2009 semi-final. Ross Barkley twisted away from a defender and was desperately unlucky to see his terrific shot come back off the crossbar and a cross from Seamus was turned away for a corner as the Blues started brightly.

But just when you think we might be about to get on top, we shoot ourselves in the foot as a needless and incredibly stupid block by McCarthy on 52 minutes saw the ref with no option but to wave a second yellow and the inevitable red and the Blues were down to ten men… again. McCarthy as a result will miss Saturday’s game at Goodison against Southampton but will be eligible for the ‘derby’ and the semi-final, if selected. Mo Besic immediately stripped off and replaced Kone as Roberto Martinez looked to put a stranglehold on the midfield, leaving Romelu Lukaku to plough a lone furrow up front.

Bizarrely, Everton looked better with McCarthy off the pitch – we must be getting used to being shorthanded – but, needed Robles to stand firm to deny Puncheon after Jedinak had made a telling surge forward. Seamus Coleman continued to look impressive going forward and a corner he won saw Hennessey save a John Stones header.

Palace withdrew Bolasie in favour of Adebayor on 66 minutes and Robles was again called into action saving low to his left from Cabaye as the home side looked to make the man advantage work in their favour. Everton made their second change as Bryan Oviedo replaced Aaron Lennon seemingly with a slight injury concern.

Into the final twenty minutes, Everton survived a real scare as a peach of a cross from Puncheon was somehow headed wide by Adebayor in oceans of space, when it looked easier to score. Palace were now in the ascendency, but a poor challenge by Cabaye on Baines should have seen the Frenchman booked. Pardew made his third and final change taking Zaha off and bringing former Wolves forward Bacary Sako on after RFM had cleared a dangerous flick from Adebayor into row Z.

Everton went down the other end in a rare break and Oveido saw his effort turned away for a corner that came to nothing. Wickham fluffed a chance when set up by Adebayor, Everton responding with a gallop forward and a deflected, long-range shot from RFM that nearly caught Hennessey unawares.

Kevin Mirallas replaced a tiring Ross Barkley with a little over five minutes to play and another Puncheon cross into the Blues box found Adebayor who again couldn’t direct his header on target. Cabaye fronted up to Gareth Barry after a heavy challenge from the Everton midfielder that resulted in yellow card 109 of his career as four extra minutes were advised by the fourth official.

The final whistle saw a point apiece gained and Everton moved up to 12th having secured the 40-point mark, despite being winless now in five league games. Whilst it wasn’t spectacular, the Blues will be slightly the more content team especially given the dismissal of McCarthy that left them a man short for 48 minutes.

The best moment of the game without doubt was the shot from Ross that crashed back off the Palace crossbar and a little bit of heart will have been taken from a dogged, resolute display. For sure though, if these two teams make it through their respective semi-final ties, the FA Cup Final will need to see a greatly improved performance from both to capture the imagination of a worldwide TV audience.