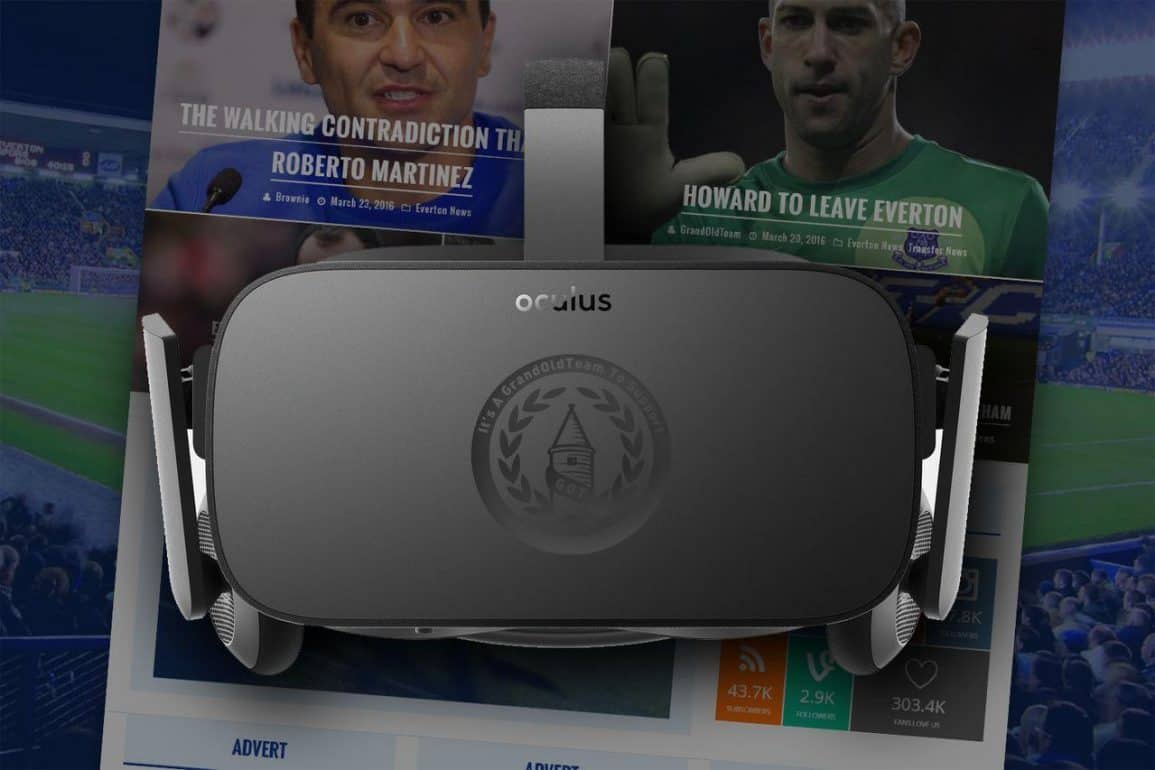 GrandOldTeam is delighted to announce that we will have full functionality with the Oculus Rift; the brand new VR headset that allows you to interact with the site in a brand new way.

Featuring head tracking to browse in a never seen before way on forums, you can navigate the website in virtual reality, allowing you to explore the site in full, immersive 3D.

You can discuss Everton in a fully interactive Goodison Park – enjoy a pint of Chang in the Park End while discussing Romelu Lukaku with fellow fans, and enjoy match discussion as highlights play on the famous pitch itself with an all-new totally interactive “match thread” that tracks the movement of the players on the pitch in real time.

You can also travel to the Ale House – a fully interactive pub with threads found at each table and discussion topics found by talking to people stood around the bar. You can discuss World Football in a fleshed out interactive map – discuss Italian football in the San Siro, Spanish football in the Bernabeu, and so on.

Head Technology Developer at Oculus Rift, Ouatta Pistak, said: “We’re delighted to be partnering with football forums to re-invent the way the internet is used for fan participation in the beautiful game.”

GrandOldTeam for Oculus Rift will be released in early 2017