Just how do you preview an enigma like Everton?

Some weeks you’re praising them and their potential, then the very next you’re lamenting them for being so brittle.

Maybe we’re just best rolling with them for a while and seeing what happens? 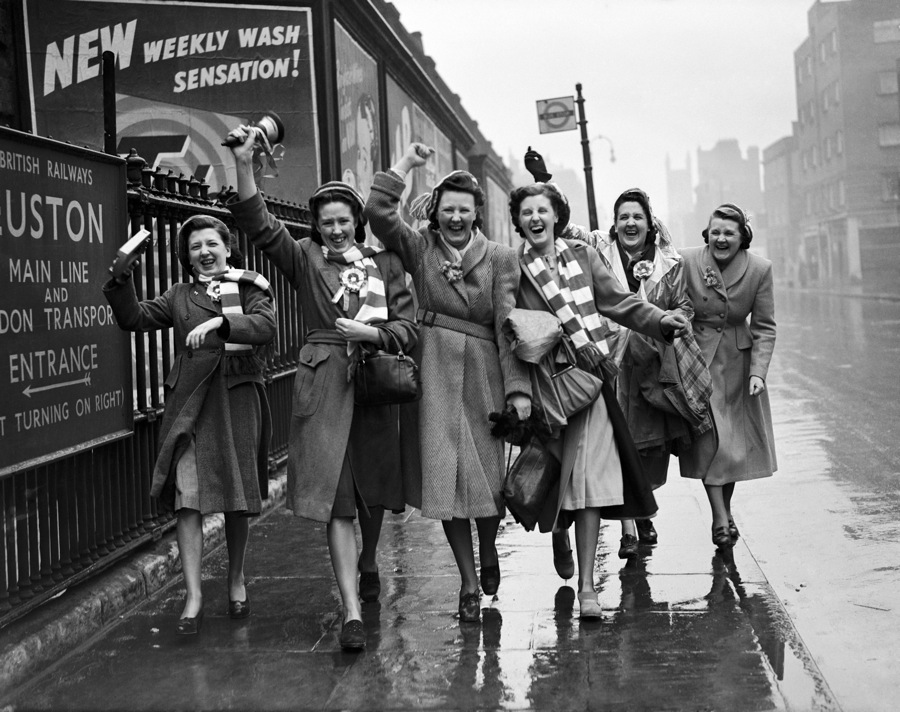 For instance I give you a small challenge: tell me a game where you thought on the balance of play that Everton deserved to get beat this season?

Have a think about it and I’ll come back to it at the end.

Last game out was the quarter final against a Chelsea side unbeaten in domestic competition since Hiddink took over in December. Everton changed that with a really enjoyable two goal win in a tightly fought game. We had too much quality and for them in the end and stood right up to them trying to snide us out of the game, that’s progress indeed. But can we make it stick?

What it means is that we have another semi final to look forward to and a trip down to Wembley for some of you  reading this. United or West Ham await on the day and we really need to make it count, semis don’t embellish our honours list too much but it’s nice to see Everton always in the next round of the cup. Just two more games to come and nothing particularly to fear but Everton ourselves.

Away from the cups we could do with some sort of consistency in the league to build some goodwill and excitement amongst the fans (and players) for going into next season. We start that process, hopefully, with a home game against Arsenal.

For too long in recent memory a home game v Arsenal signified us being passed off the pitch and yielding them an easy three points. There’s some notable exceptions like Wayne Rooney putting himself on the map, Andrew Johnson running away in the rain and Lukaku destroying them from wide positions.

Overall though they’ve had our number and it’s understandable as they’ve had much better players, attained with having more money and a much better chance of winning stuff. Does that still feel the same? In short: they’re the closest thing to kopites that London has to offer with their cringey entitlement and legion of international fans seduced by their “brand” doing all sorts of cry arsing behaviour in and out the stadium that makes you wish for their total and complete eradication. If ever a team screamed sneering at you from a European Super League then it’s Arsenal. They sort of do this now as they qualify for the Champions League every season to validate their existence, not unlike how a certain type of girl who spends too much time in Toni & Guy has to be seen in Prada.

Sadly for Arsenal they totally gubb the Champions League every season, never really getting near winning the thing and normally around the time of that exit they they collapse in the league and have to batter some poor unfortunates in the FA Cup to quell the discontent in their fanbase. They’re very much a stereotype and victim of football in the new millennium. All sat in a stadium that screams corporate and eschewing the very nature of what was proudly the working class game. Get back to Marbella you tragic spunkmonkeys, you’ve drove your tragic wife to a quivering mess relying on a stash of cocaine and 20 Benson & Hedges, and all through your narcissistic behaviour and domestic violence over the years you balding fat obnoxious texan. You should be taking your grandchild for a bike ride and tending to your garden by now. But  no, you’re too busying ringing up talksport and staring out students in pubs as it gives you figurative hard on when your wife in suzzies cannot any more, even with the help of a blue pill.

Which leads us nicely onto their players. Here’s a list of some of them: Giroud: fresh off a boat in a port in the Mediterranean in your chosen holiday destination with a pastel coloured jumper over his shoulders, he clocks your wife but it’s sound as he’s gonna catch herpes from the thousand euro Russian brass he’s hooking up with later, hope she takes a kidney from him too.

Welbeck: if ever there’s a tragedy of everyone telling you you’re boss at footie since you were six years old then this is it

Ozil: eyeball licking attacking midfielder who plays boss one game in five and naturally it’s our turn. Has been subject to claims he can see round corners.

Sanchez: has an expression like he’s heard his mother fart for the first time ever, he’s a neck tattoo away from being Rihanna’s next lover.

Mertesacker – has an adam’s apple so big that pensioners throw black shiny balls at it when he steps on well cut lawns.

Ospina – it’s like someone has done faceswap with a five year old, can only see in 2D due to his eyes being not far apart enough.

They’ve been dumped out of both the FA Cup and Champions League in the past week so that means it’s all systems go in the league. They’ll want to win this and no mistake.

Lukaku has been increasing our anxiety about summer when it’s inevtiable there’ll be interest as sadly that’s how football works now, and even more so with that nugget of his agent handling his affairs. Should just enjoy him for however long we have him, and what a centre forward we have indeed. Like any development process he’s had his lower moments at Everton too but what we are seeing is a fierce all round modern striker emerging from the cystallis. Long may he ruin defences in Everton’s good name.

Barkley had a quiet game against Chelsea but still managed to influence with a couple of key passes leading to goals. He’s been very consistent this season but a splurge of uber form before the end of the season would round off his best season yet. He’ll play with probably Lennon on one side and Cleverley on the other. Tip of the hat to Cleverley for the amount of hard work he put in against Chelsea and that may be his main purpose against the best teams in the division, still would like to see him influence a game more though.

Barry has been a tremendous buy for Everton and at some point we are going to fret over his absence. The obvious option is a midfield two of McCarthy and Besic, and if that can work so effectively? We may be about to find out with Barry’s suspension for two games against difficult opponents.

The season has turned out a bit mad with a player who we were offered £40m sat on our bench. It’s not through any particular lack of his own and he’ll still turn out ace but it’s just that Jagielka and Funes Mori look far more tight at the moment. That’s five goals conceded in eight games, with three of them in the one game.

Baines is welcomed back at left back as for all the options we have he is the best suited there and our only left back with genuine top level class for many years. We could do with someone to really benefit from his vision and movement on that left wing though, Coleman will play right back.

We’ve had to suffer a period where there’s been a whole host of enraged opinion caused by a divisive American battling against long shots, but thankfully Joel Robles seems to have cemented his place in goal. 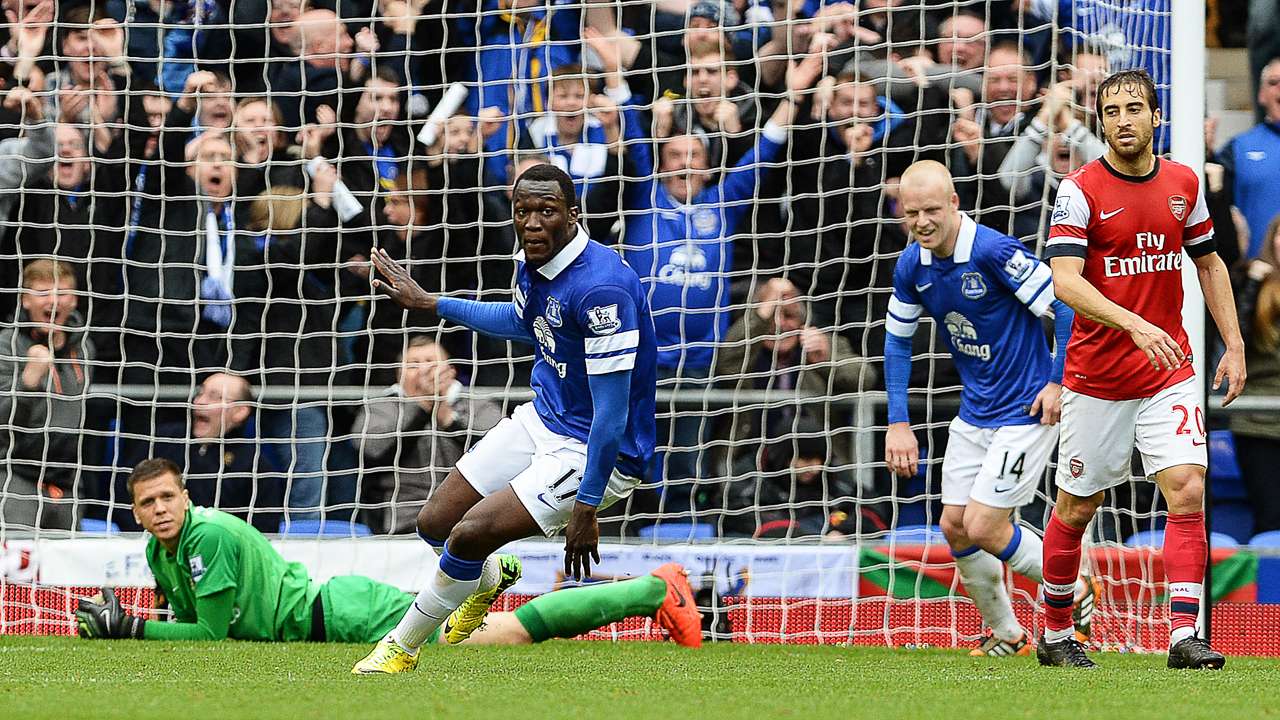 Did you think about the games we deserved to get beat? I’d guess Man Utd, Arsenal and Spurs are all in your answers. Maybe a few more and you’re probably right, after all – possession and shots on goal are for little unless you make them count.

But there’s not many teams in this league who can claim to be better than us. The margins to the very top are not as insurmountable as they were only a few years ago with all talk of glass ceilings and knives to a gunfight.

There’s a lot of good in this team, I just hope they get to realise it.

Let’s start with Arsenal. Into them blues.