Make or Break for Martinez

Liam Seaman reckons “Right now is a real make-or-break moment in Roberto Martinez’s Everton career.” Would you like to submit an article to GrandOldTeam? Give us a shout here.

Make or Break for Martinez

Yesterday, reports were emanating from California about a giant new planet discovered in our own solar system and of further signs of life on Mars (shout out to Bowie) that sent some news outlets into meltdown.  After reading for a while, I began considering the implications that these new discoveries would have upon my already palpable levels of existential anguish, and it was at this point that my thoughts obviously turned back to Everton.  Following the blues is a thankless task at times isn’t it?  They really do make you wonder whether or not it’s all worth it.  Alas, we’ve all caught the bug and we’re stuck with it; so let’s have a chat about the glaringly obvious problems that need addressing before someone (probably me) has an aneurysm in the Lower Gwladys. 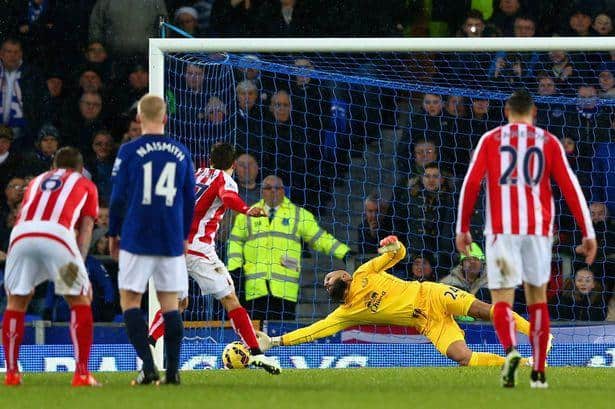 As a pre-emptive measure, I must confess that for over a year now, since the defeat at home to Stoke on boxing day 2014 to be exact, I have been firmly rooted in the ‘Martinez out’ camp.  So for those of you that won’t hear a word against our esteemed leader, I’d advise that you leave now.  My level of distrust towards the manager has grown to such an extent that now not a day goes by when I fail to criticise him in some way when having a chat with a few mates.  I’m actually surprised they still want to go for a pint with me before the game.  I’ve even refused to sing songs that reference him in any way; a principle that I’ve stuck to (apart from one slip up away at Middlesbrough, but to be fair we drank so much on the way there that I can’t even remember the second half, so that one doesn’t count.)

However, whilst my level of pessimism may seem childish, some players in the Everton camp could do with adopting my stance.  Jamie Carragher explained it best in a recent interview when he said, “attackers need to believe they are surrounded by geniuses, for even if a winger hasn’t made a cross all game, you still make the run, because this is the time he’s going to put it perfectly on your head.  Defenders, on the other hand, have to assume they are surrounded by idiots, because then you are alert to the danger when that twerp of a full-back misses the tackle.  Mourinho thought something similar; defenders had to be pessimists.  It was the reason he sold David Luiz.  Too optimistic, never thought anything could go wrong”.

That would be John Stones’ bio: ever the optimist.  Defending isn’t complicated, it’s about balancing risk and reward; and this is something Stones needs to learn before he can step up into the ‘world class’ bracket of defenders.  To the disbelief of some onlookers, I launched into a tirade during the Spurs game when he tried to turn Son inside out.  Now, I agree that it’s great to watch him exude such confidence in an Everton shirt, but doing Cruyff turns on the edge of your own six yard box with a man on your back doesn’t make you a great defender, it makes you an idiot.  Taking enormous risk for next to no reward is a recipe for disaster.  It’s all about understanding the balance.

‘Balance’ is a characteristic that has also blighted Roberto Martinez’s managerial track thus far.  Well known for extolling the virtues of expansive attacking play, he has seemed incapable of breeding a culture of defensive grit to back it up.  The season his Wigan team was relegated they scored 47 goals, the same as Swansea; Swansea finished 9th in the league that season.  Twice under Martinez’s supervision Wigan conceded 73 goals, in 2010 when they were the only team in Premier League history to remain in the division with such a poor defensive record, and three years later in 2013, when they were relegated.  His idealism is admirable, as is his unwavering dedication to a philosophy of ‘perfect football’; but he has to start understanding that there is a dirty side to the game, where you sometimes just need to hit row Z.  For example, if we were 1-0 up against the shite in the final few minutes of a cup final, I’d expect my manager to be screaming to get the ball into the corner, not doing the opposite.  I’m not trying to say that we’re anything like Wigan and at risk of relegation by the way; I’m simply trying to show that the defensive resilience of Martinez’s first season (upon which a lot of Blues hang their hopes that he can turn the current plight around) seems to be more a remnant of the Moyes era, rather than Bobby becoming a defensive strategist.  The evidence is close to irrefutable now, given that we look set to pass the 50 goals that we conceded last season.  Idealism can only get you so far; sometimes you need a bit of pragmatism to get you over the line. 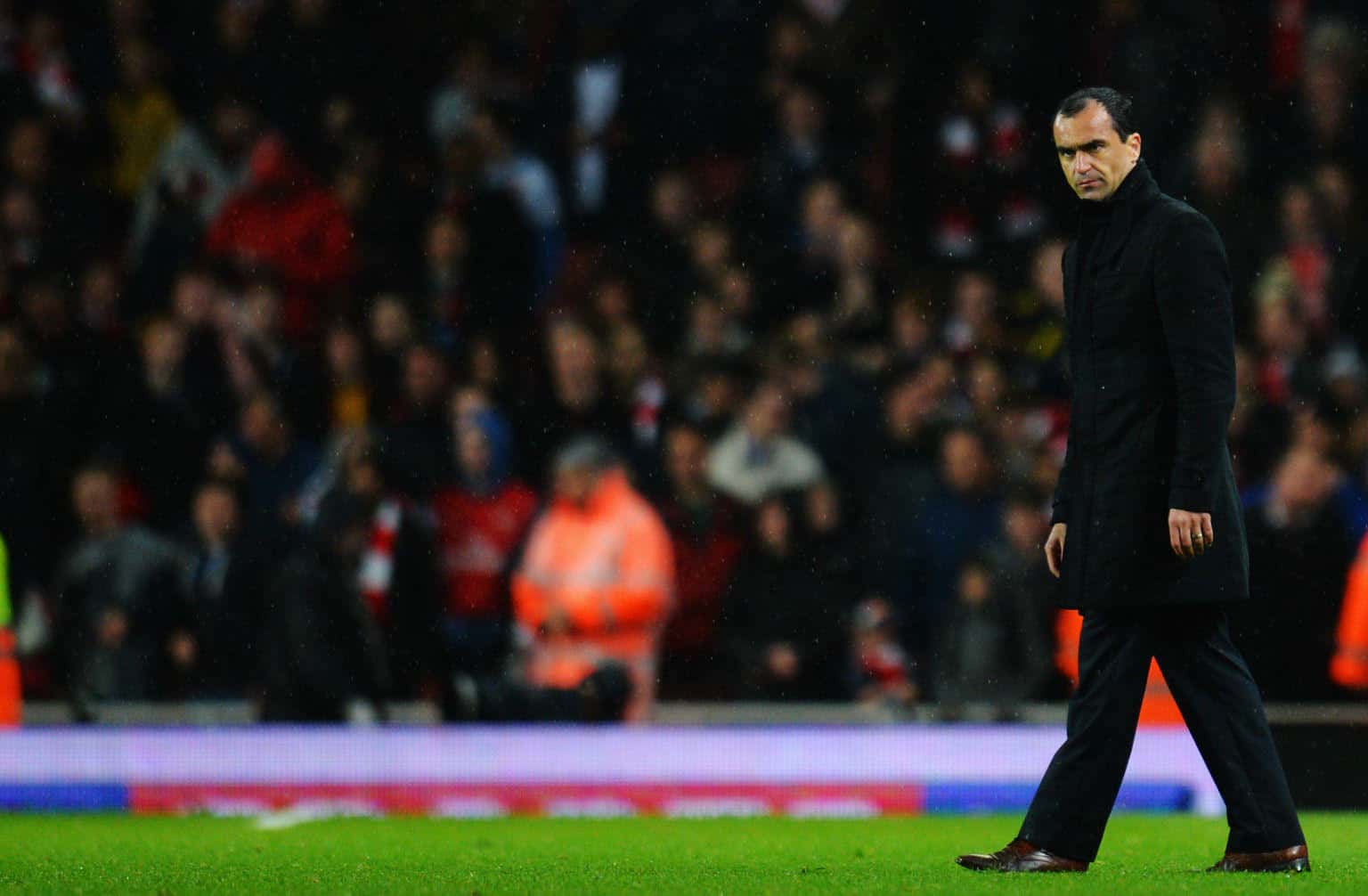 The topic of game management has been debated recently with Baines and Bobby both seemingly at loggerheads in their views after the Chelsea game.  Baines admitted the players need to learn how to control a game better when we take a lead, and Bobby came out saying that the players’ game management shouldn’t be questioned, that instead we should be looking at the referee.  In my opinion, officials’ decisions should never be used as an excuse; they’re the last refuge of a desperate man.  Mourinho used to do it, even claiming there was a vendetta against his team in order to deflect from below-par performances.  We got a lucky break in the City game, and an unlucky one at Chelsea.  That happens.  We should instead question how we lost a 2-goal lead in the space of 3 minutes, and then how we somehow lost 3 headers on the bounce in our own 18-yard box, leading up to their third goal.  If we had defended properly, the linesman wouldn’t have even had a choice to make for the offside call.

Martinez has a lot of support because of the brand of football that he plays, and that is with good reason; Everton are exciting to watch.  But he gets an easy ride because of it.  People act as if he’s inventing the wheel at Everton; he isn’t, he’s running on a flat.  Martin Keown recently gave an interview in which he spoke about Howard Kendall, saying, “Howard’s philosophy was focused on passing.  Training was geared to the players having as many touches on the ball as possible”.  We’ve had technically-minded coaches before, but Howard Kendall knew the importance of the defensive side of the game to the entire set up.  You couldn’t say the same about the current manager whilst keeping a straight face.  It’s easy to dismiss defensive frailty as a by-product of an attacking ideology, but that isn’t the case; the best teams, under the right leadership, can do both.  We’re massively underperforming with the squad currently at our disposal, and I’ve not seen enough willingness from Roberto Martinez in analysing his own shortcomings, to show blind faith in his ability to continue leading our football club.  22 games in, and we’re yet to beat a team in the top half of the league.  I’m sorry, but that’s not good enough, and something has to change.

This leads me on to my final point.  Those of us who wish to see the back of Martinez are often (wrongly) criticised for not having any viable alternatives ready to come into the club.  I’d like to put that point to rest, to say that there are a number of high-quality managers currently available, (some of whom are even free agents) who do not have ‘relegation with Wigan’ as the final entry on their CV.

Right now is a real make-or-break moment in Roberto Martinez’s Everton career.  He needs to prove that he can learn from past mistakes, if he is ever going to reclaim the confidence that a lot of fans have lost in him.  A win against City would go a small way to proving that last season’s shocking second-leg performance against Kyiv was just a one-off.  Fail to win, however, and the reality of our position in the bottom half of the table will really hit home.  We need to prove to our talented youngsters that Everton is a place where they can actually achieve their dreams.  In the next few weeks, Roberto will have to show that he’s the man to help them do so, before one of the men waiting in the wings steps in and does it in his place.