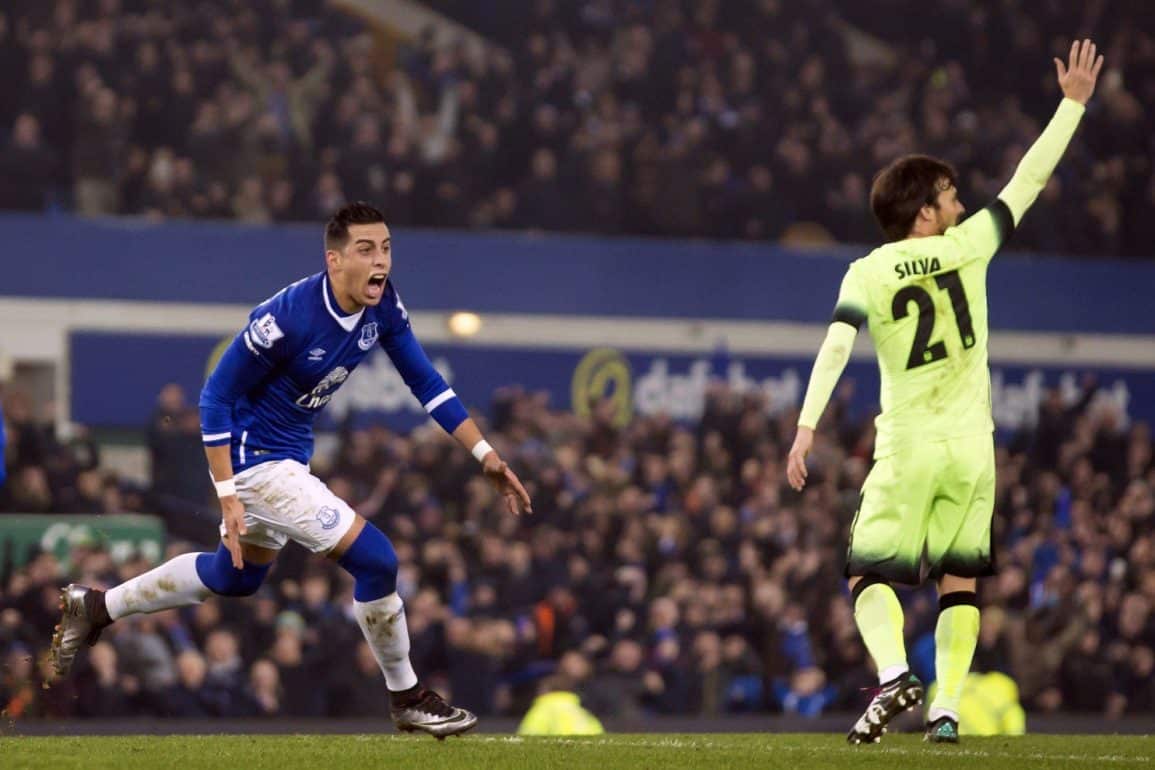 chicoazul
Everton NewsMatch Previews
January 13, 2016
Are we there yet? January is plodding along without really telling us too much with – let’s be honest – all focus and aspiration on the return leg of the league cup tie.The league’s pretty important though, and it’s thrown up a dress rehearsal of that sexy-tie-to-come as we get to practice our stuff on City in a dry run where our arse won’t be gone as much.

They’re probably not as bothered as us but then relative success dulls the senses, well it probably does as it’s been that long that I’ve forgot.

Saturday’s FA Cup tie was as routine as you liked with “Daggers” sent packing and a cat on the pitch was the event with stole all the headlines which gives you an indication of what type of game it was.

Just on that cat, you may have noticed it was largely covered in black fair and by running on our pitch it could be construed as crossing our path. We need to lash some lion dung around the sides of the pitch if we’re serious about breaking a 21 year hoodoo.

So City then, and it’s a short preview as what can you say much about a team full of players that you know at least a little about? Well not a lot, obviously.

So we’ll naturally focus on their fans. 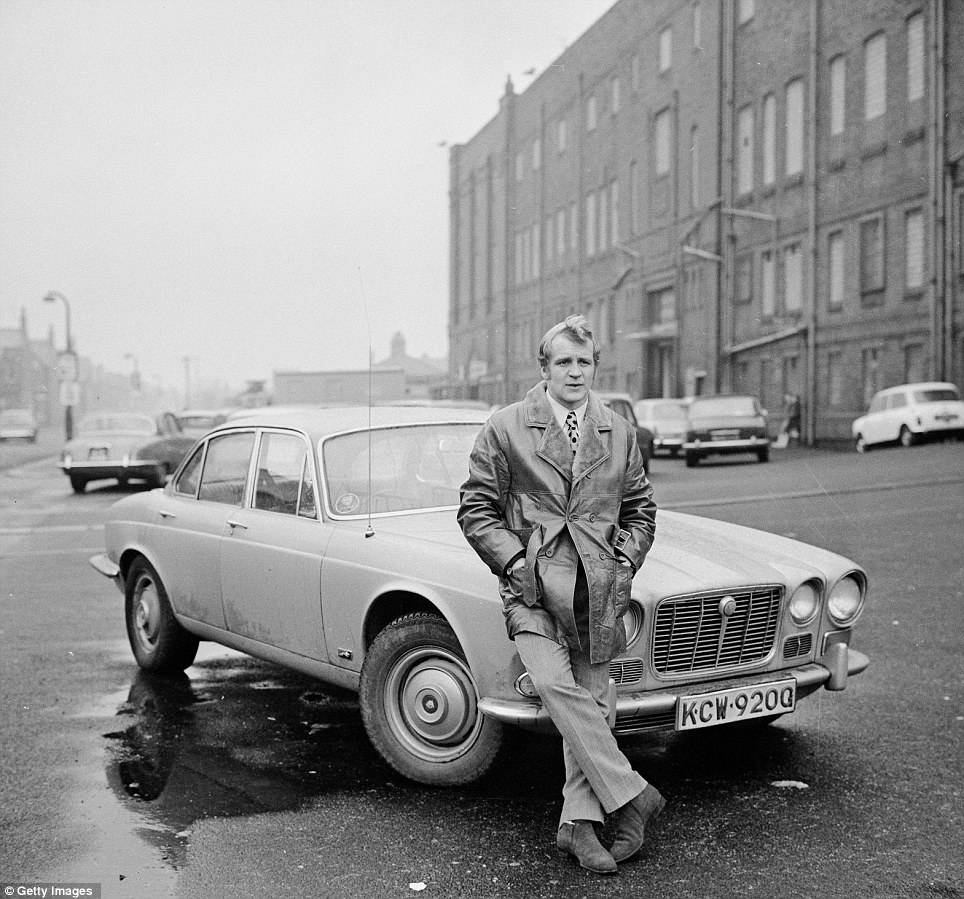 It’s a shame for City as – pretend as we might not – there is a sizable chunk of their fans who are sound enough working class lads who’ve been cut by City a thousand times before and therefore are just enjoying the ride, probably waiting for it all to fall apart. Some of them (speaking about a few lids I know) develop a lethargy towards it as it’s not as much fun when you can buy the best players in the world like some form of computer game cheat mode.

There are however another sizable chunk of their fans who are three toothed scruffy manc texans so obviously we’ll talk about them. Further highlighted by the cringey pushing match down Priory Road after the first leg last week. There were dull Mancunian tits showing their Football Factory credentials on women, pensioners and parents holding kids hands. It’s the type of bell behaviour which ultimately will lead to a good shoeing in time if they’re brave enough to repeat it but without the numbers of their peers to “back them up”. But I doubt they will. 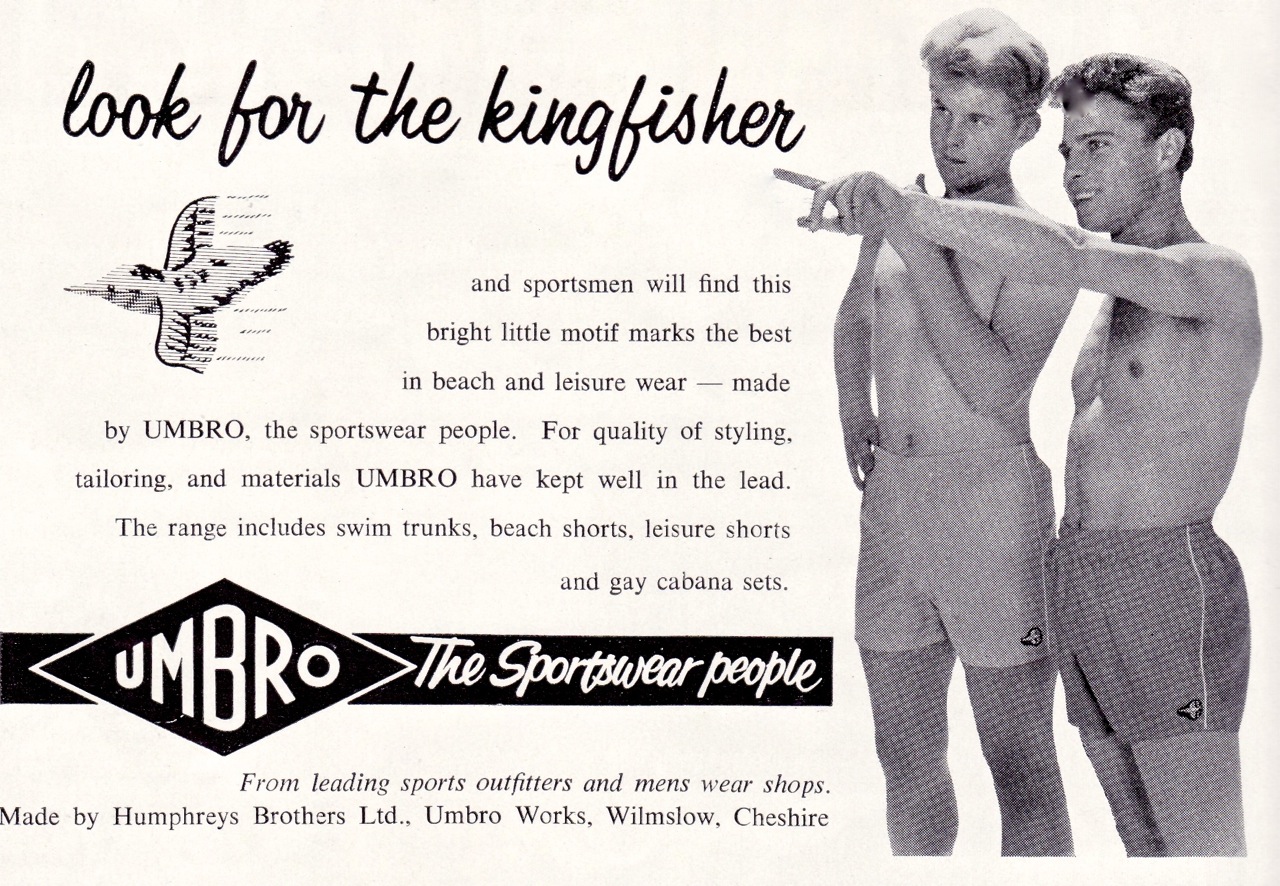 It’s a very Manchester thing that though as the city produces a good smattering of painfully dull social misfits. Young scruffy lads with absolutely no redeeming features and just so utterly boring. They’re devoid of any sort of personality, dress sense or attributes which in some form of way is an apt reflection of the city they’re from which is grey, wet and – again – dull. This may sound like scouse manc bantz in your pants but it’s not, speak to pretty much any foreigner who’s took unfortunate time out to visit Manchester and there’s a large sense of underwhelming. Like being born a five foot one lad it’s not your fault that the universe dealt you a disadvantage, so focus on your winning points instead like charisma. Except Manchester has pretty much zero charisma as repeatedly reinforced by its famous people that it smites the world with.

So these Joop smelling feral byproducts wearing excessive amounts of denim are alway going to be around, with skin that radiates terrible diets and has been absent of UV rays during it’s entirety. Their only ambition is to gain the laughs and/or respect of their peers who too uniformly are dull, scruffy and smoke cigarettes right up to the filter. Proper yellow and brown stained fingertips. Ethel Austin socks and jeans with about fourteen pockets on them right down the legs. The sole hanging off their trabs. The odor of clothes that have been left to sit in the washing machine for three whole days. 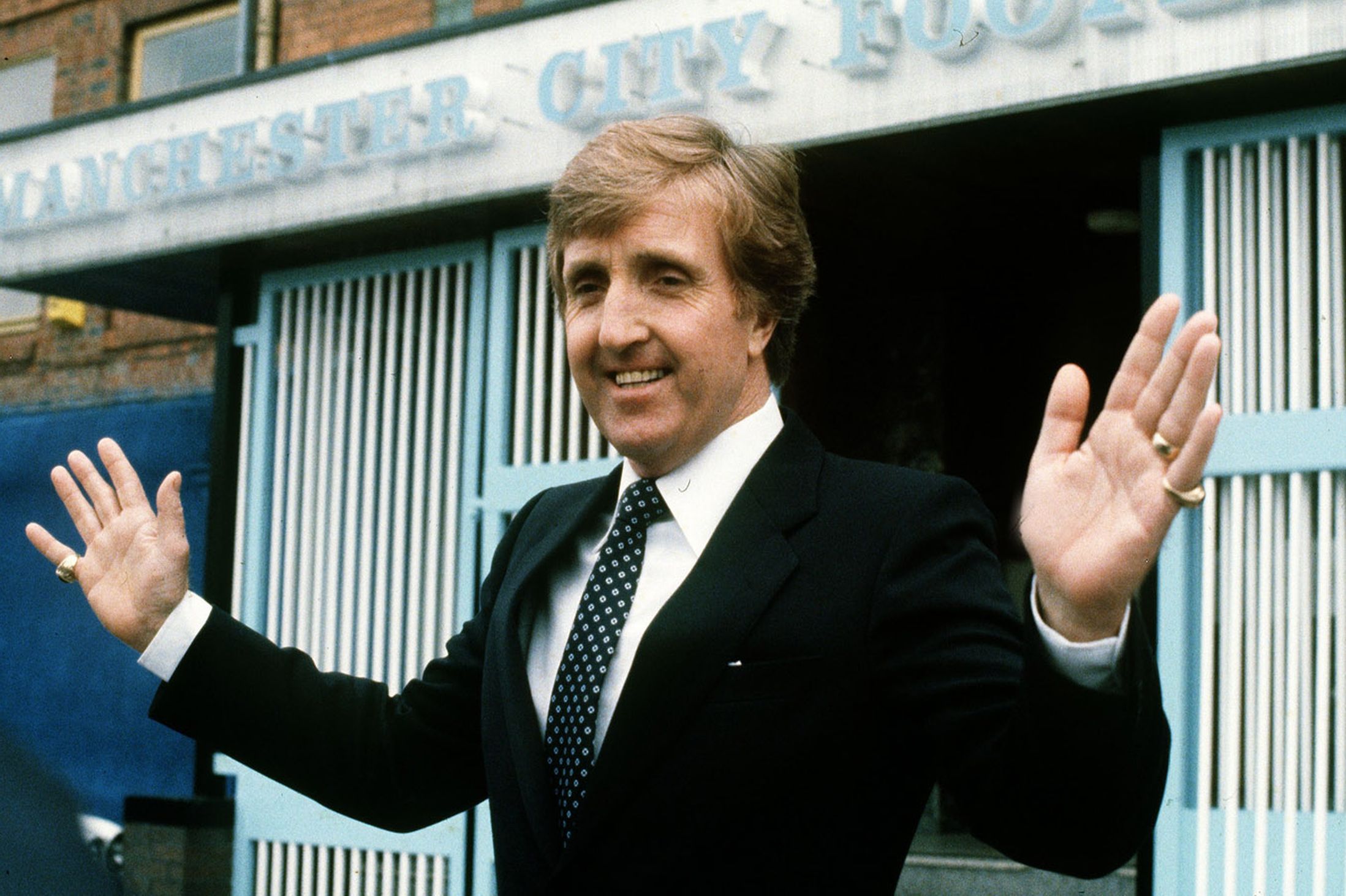 Veritable stages of wannabe alpha male with the pack being their local pub. They’re the difference between scousers and mancs as there can be no doubt we have our feral amongst the species but even in our most feral there’s a spark of personality and they are capable of isolated bits of charms. Scouse mothers are mostly domineering influences on the young males of our city, whereas the fairer sexed Mancunians are more likely to be looser moraled, albeit with much less orange skin, pyjamas when shopping and much easier on the bank balance. I’m not sure who’s getting the best deal actually?

But anyway in a life of complete and utter void there is Manchester City so they have some sense of belonging to something successful so AHAHAHAHA U SCOUSE NOBHEAD, SIGN ON SIGN ON and LOL @ UR SHELLSUIT. Despite them being terrified to go within twenty metres of a jobcentre and saying all of that wearing Joe Bloggs jeans.

It’s the partisanship that defines us maybe. Or maybe there’s not a lot of difference between the two working class folk of the city and these words are typed to placate those amongst our fanbase who criticise these samey previews when I don’t obliterate the entire identity of the community around whichever unfortunate souls are due to play Everton next.

Do you wanna talk about their players? OK then here’s a list:

Sergio Aguero – a shaven ewok boyband who would struggle to have sex if he wasn’t boss at footy.

Mangala – a reason why you should not buy footballers based on athletic prowess, we’re not playing Speedball 2 here

Kompany – ace footballer who seems a decent human being too, and who cares for City, well in you

Joe Hart – a dominant lesbian UFC fighter from the year 2087 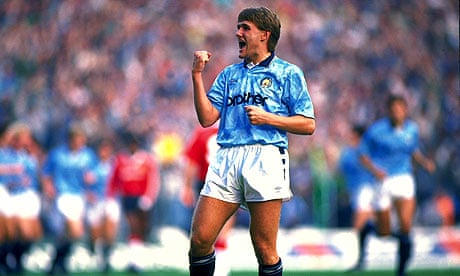 Enough of them, we’ve still got to endure their stench for another go after this so let’s chat about those occasionally handsome footballers in the royal shade of blue.

There’s a doubt over Lukaku being ready for this even despite Martinez’s positive prognosis that he’s training. A more reliable guide to Martinez’s injury updates is to add on 10% more time than the time he predicts they’ll be out. Hope I’m wrong like as it will be sobering to see how much Everton are going to struggle without the big hunk on the pitch. We’ll save that pain for a later date.

Ross Barkley is weird because when I watch him I see a really good football player who has loads more attributes than most other footballers and is demonstrating a sense of maturity to his footballer this season. Whereas to slighter older males, usually impotent and on bad beak, around you at the match he’s a coward without a footballing brain. Suppose that’s just a matter of opinions, except the impotency which is defo real. 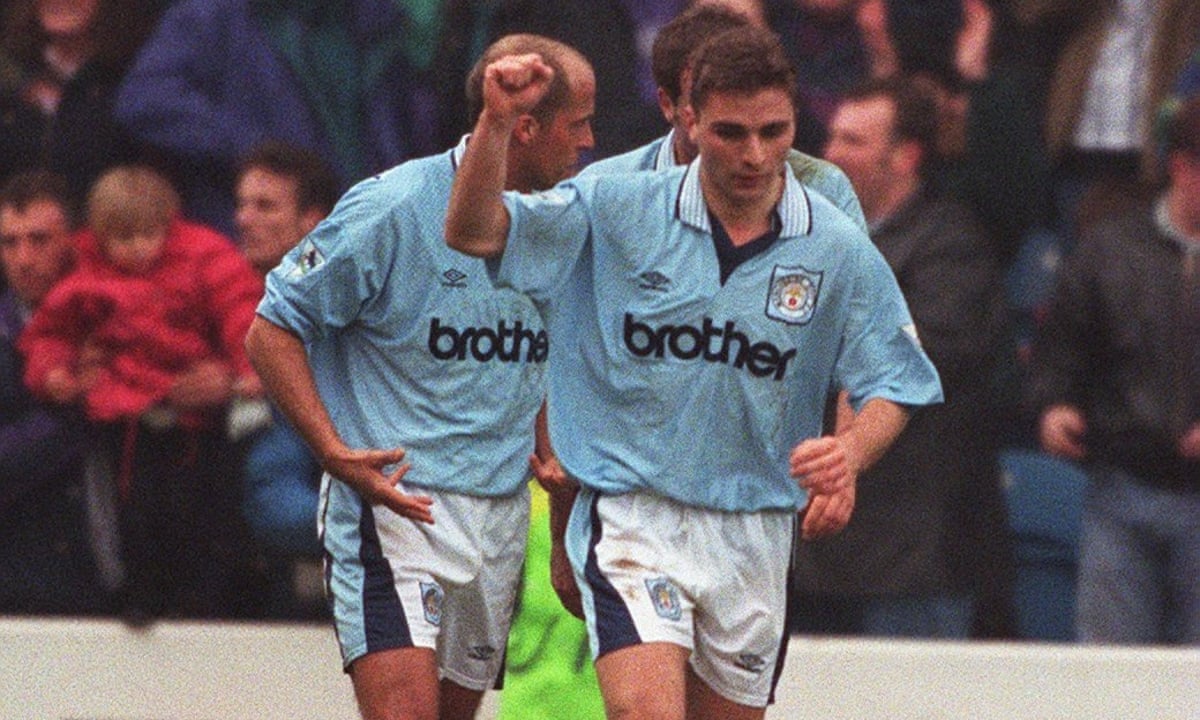 Absolutely no idea who he will start on the wings so not even gonna comment.

Gareth Barry returns to a place which no doubt will be fond to him and this season has been one of our best players, again another who’s been wrote off and deemed as liability to the Everton cause. The worry is that he’s going to be not quite as difficult to replace as Lukaku, but he’ll certainly leave a noticeable gap. His intelligent on the ball and off it is massive asset in the middle of the park. It’s been fun poking the twenty something fans amongst the fanbase who have been seduced by Besic before he even kicked a ball for us but in fairness to him “the blue collar hero of the Lower Gwladys” is showing that McCarthy is going to have a fight for that place next to Barry, his return to the team and seeming acclimatisation to English football maybe just what the doctor ordered. If that Doctor was an Evertonian fretting over inconsistent first half of the season points totals.

Coleman being injured also gives us a problem for the short term and judging by Martinez’s comments he doesn’t want to play a centre half – let’s just call him John Stones – out of position there. I think Oviedo will get the nod and I also think that Funes Mori will drop to the bench for a game or two here or there, too early to tell how good he’ll be but there’s promising signs at least.

You know who’s in goal so you can just deal with it. It would be nice to have long standing players leave the club without a bit of a fallout from those who previously liked them, or in Howard’s case: tolerated them. 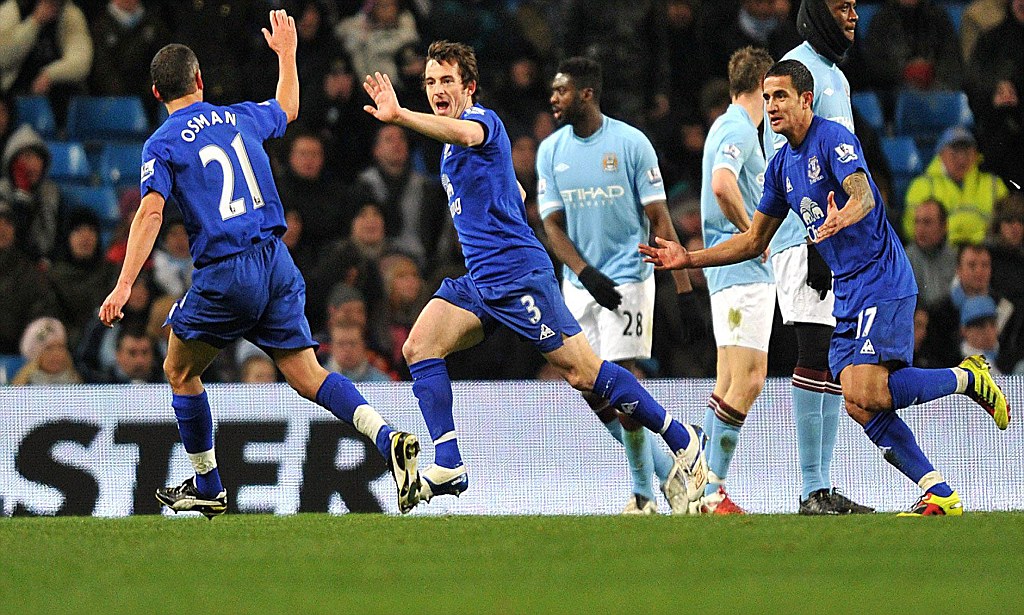 And that’s it really, if you looked at the fixture list trying to predict points there’d be a big fat dirty zero next to this fixture but you’re probably – like me – falsely reassured that we can get something on the back of a moody cup win. Maybe we should play a mad reserve team so we keep our cards close to our chest for the second leg.

Or maybe City will beat us over both games as they have better players?