Relax, I’m not gonna tell you how to support Everton as who am I to?

Exactly. Do what you do brother. Or sister. I just wanted the catchy title, we’ll chat a little awkwardly about it a bit later though. 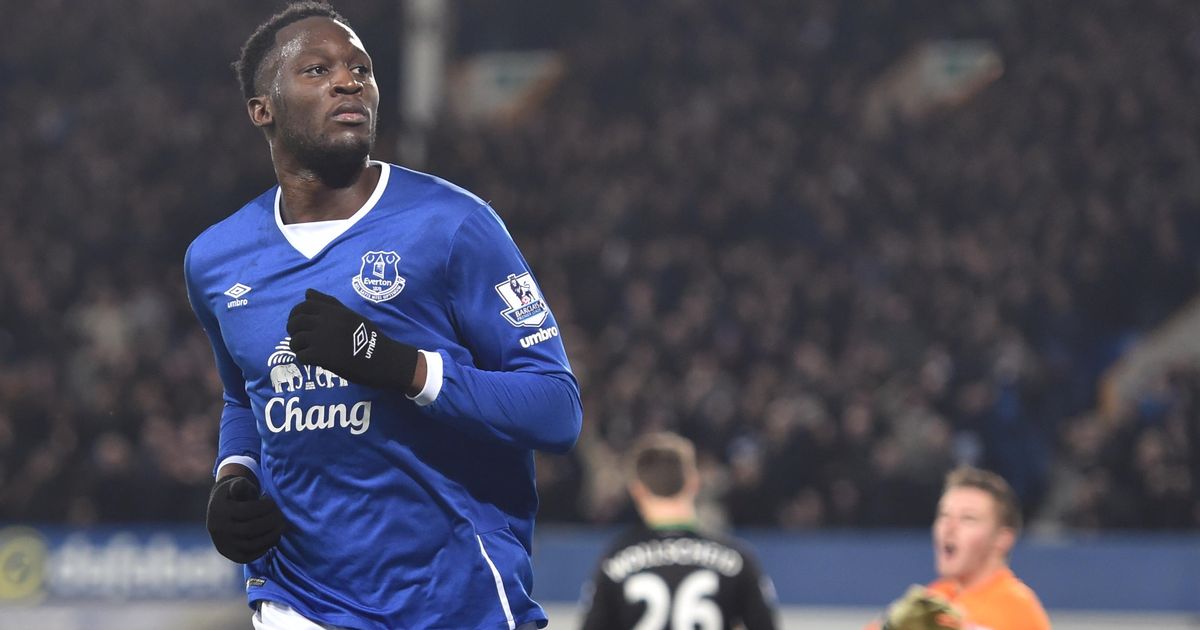 So that’s the end of the festive fixtures which are meant to be instrumental in a team’s season. So how did we do? It was a meh sadly, would have looked much worse if it wasn’t for Cleverley’s ace last gasp header in Scotland too. Leicester, Newcastle, Stoke and Spurs yielded us just 4 points out of 12 which is about right for our pace this season but not what we were exactly hoping for.

There’s a bit of a crowd swell of late towards disappointment in the Manager, easy to get where it’s coming from when you look at the talent in the team and the fact that they’re punching below their weight. Or maybe we over rate them too much?

I think there’s goodwill shown to any Goodison team in royal blue that performs to a decent level as sum of it’s parts – at the moment you get the feeling that it just isn’t really clicking as it should, and hey, maybe it won’t. 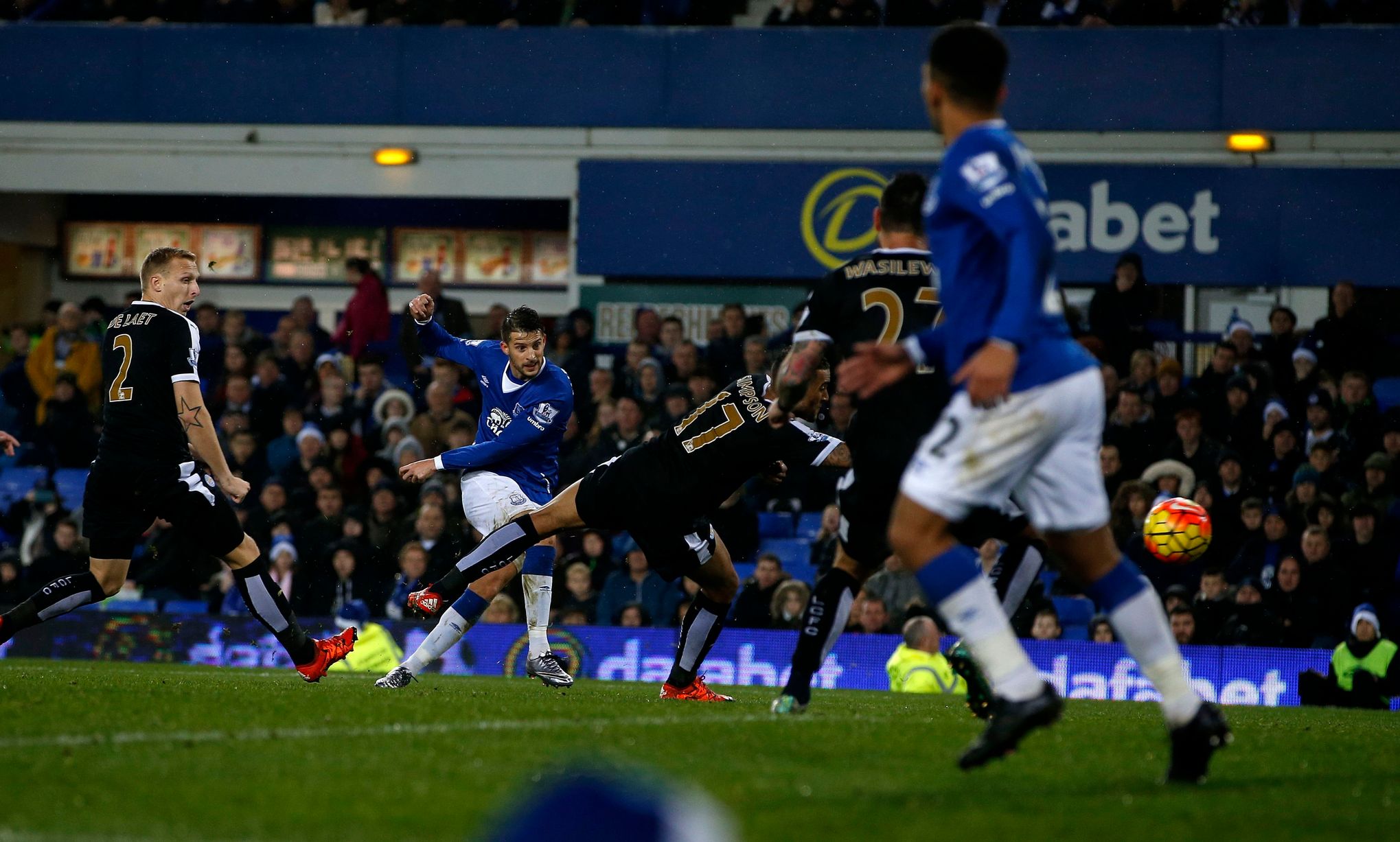 Spurs came to Goodison and put on a first half show that had all the elements of a team that Evertonians love – good energy and snappy in the tackle but play lovely football. It was weird being on the other side of the coin as we promptly took the lead against the run of play and missed chances from them. Dele Alli is some player and he deservedly brought parity to half time.

Second half was a different story and it was good to see early changes from Martinez (or 55 minutes too late depending on what polarised opinion club you’re in at present) with Deulofeu and Besic making a noticeable difference to Everton and thus winning control of the game back, it was a bit too end to end for my liking at the close but if Everton came out of it with three points then we’d be lauding an important game hard won.

Except we didn’t and that’s the rub. We’re now more than half way through the season and there’s too many hard luck stories and what ifs. So without dwelling on a subject that’s been picked the bones out of it’s clear what the objective is for the second half of the season: turn that domination into wins, not just draws. The uber positive pre and post match comments are treated as parody by a large dollop of the fans, we’re more into the action on the pitch thing.

Sounds trite writing this as we prepare for a semi final but it’s a big ask to come through two legs against Man City so we can’t afford to be blase about the league just now.

There were two main talking points that arose about the Spurs game, the performance of Besic, and Stones’ reaction to harsh Park End words.

Firstly Besic and it was good to see us be able to bring players on that made a very noticeable impact on the game. Besic has been with us for 18 months right now and that’s not a lot of time at all, considering the problems he’s had with injuries which have shaved time to impress out of that period.

There were a few difficulties for Besic when he came to Everton. First was coming from the Hungarian league and adjusting to the step up, another was the quality in depth in Everton’s two central midfield positions that he was fighting for and lastly was his performance stalking Messi in the World Cup group stage game that didn’t go unnoticed by the most eager in the fanbase. That performance against FIFA & Pro Evo favourite Messi coupled with sleeve tattoo, slicked back hair and the occasional snarl was absolute catnip for the younger Lower Gwladys types in the fanbase and as such negated the first two difficulties I mentioned, as for many he was ready to start. Except he wasn’t and we should be thankful he’s had some time to adjust and mature. 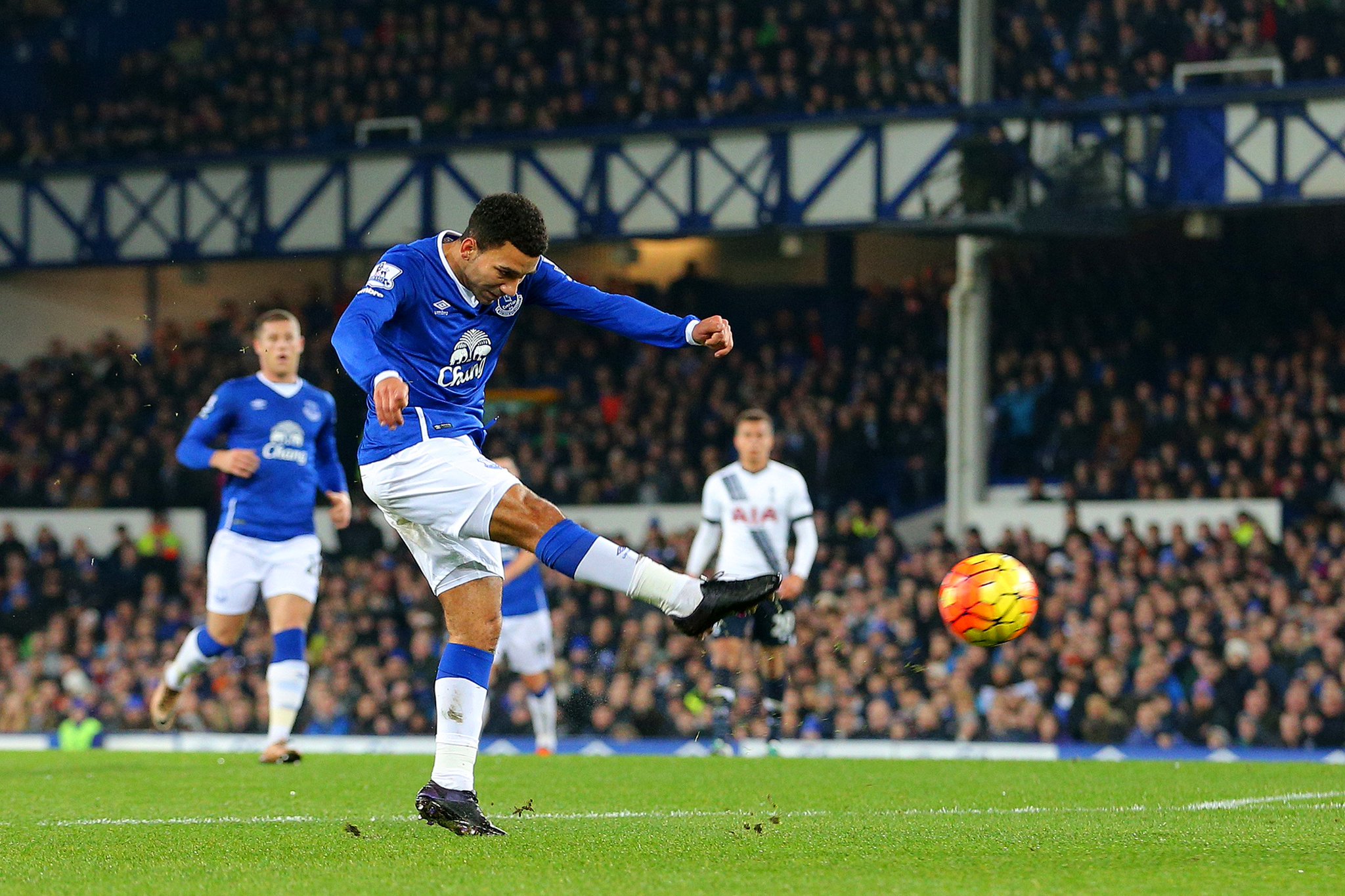 There’s always the temptation to overstate the impact of players in their absence during testing times for the team, it’s often that they’re built up to be just what we need yet when they return things don’t instantly get better. See also Phil Jagielka right now for our not so convincing defence. It would be great if the introduction of certain personnel was indeed the fix we needed but it’s often that the problems are more deep rooted than that and a collective thing. For instance see how boss Lucas gets for the kopites with each sitting week he’s out while they’re dipping to average teams. Then he’s suddenly back and, well, they’re still the same bunch of tripe managed by the zany German and his denture teeth.

So what am I trying to say? I don’t know really, just that I hope that Besic gets a run of games where we can establish himself but that there’s not overbearing pressure on him to be our saviour. McCarthy is out for the month, Cleverley will probably be preferred on the left and Gibson is either not flavour of the month or wearing waterproof sweat suit with an oxygen mask on deep in the bowels of Finch Farm trying to convince Everton medical experts that he isn’t a harm to the Tour de’ France.

So Besic has opportunity. That natural tenaciousness and sweet passing awareness may be just what we need, but it’s a tough run of games to compete in. Maybe another hero will rise? Maybe we’ll get tonked throughout the month and by February you’ll be dreaming of Eddie Howe in an umbro tracksuit. Enjoy the ride. 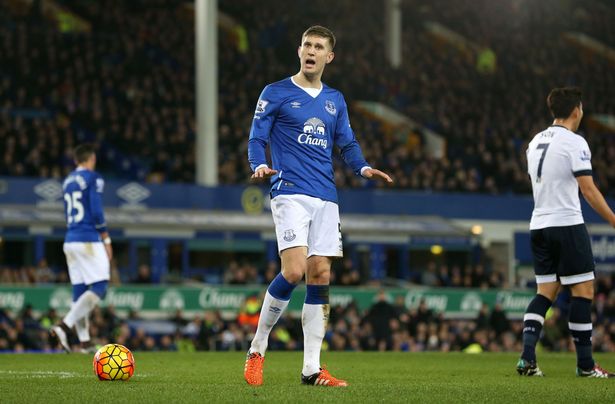 Then there was John Stones and his best Cruyff impression late on a bit too close to his own goal. It’s easy to start speculating in such things – for example why didn’t he want to pass back to his goalkeeper? Boom BOOM music straight out of Poirot at this point. To be honest I’d rather look at it in isolation and what it was, he’s one of the most confident young defenders any of us are likely to witness playing for Everton and he will go on to achieve good things in football. He was confident enough to twist and turn their attacker into giving away a foul so we didn’t lose out. We shouldn’t really be fuming over hypothetical scenarios in our heads where he gave the ball away and they scored a late winner as, well, it didn’t happen did it? It’s our anxiety running away with us in the same way your bird is being bummed at the works do by that lad she’s on texting terms with. Except she’s not. Well I hope for your sake she’s not, no point in sweating it though.

However in defence of the Park End it’s at Goodison where you’ll get raw emotions whether you like it or not. We have a lot of benefits from a mostly parochial and blue collar fan base and that’s a large part of the lure why you love the club and the ground so much. Do we want sponge hands and cringey orchestrated shows of love and support? Not our thing.

Sometimes we’re quiet, well often we are, but when the chips are down you’ll get a snarling and partisan Goodison that makes the hairs stand a little taller on your arm and your heart beat just that one pace faster. Stones reacted and issues a calm down sign, Besic ruffled his hair and we drew at home to Spurs with us none the worse for what happened. So that should be that really, stop gossiping at the back you beauts.

All we can do is look ahead to a month that may largely define our season. It contains up to four important cup ties, some tough league fixtures and a team trying to get some traction lest it all breaks up at the end of the season. Hence Martinez’s comments recently of needing to win something this season, he is very aware of the urgency not just from the lack of silverware for 21 years but because he has young players – and more truthfully: their agents – bristling with ambition. 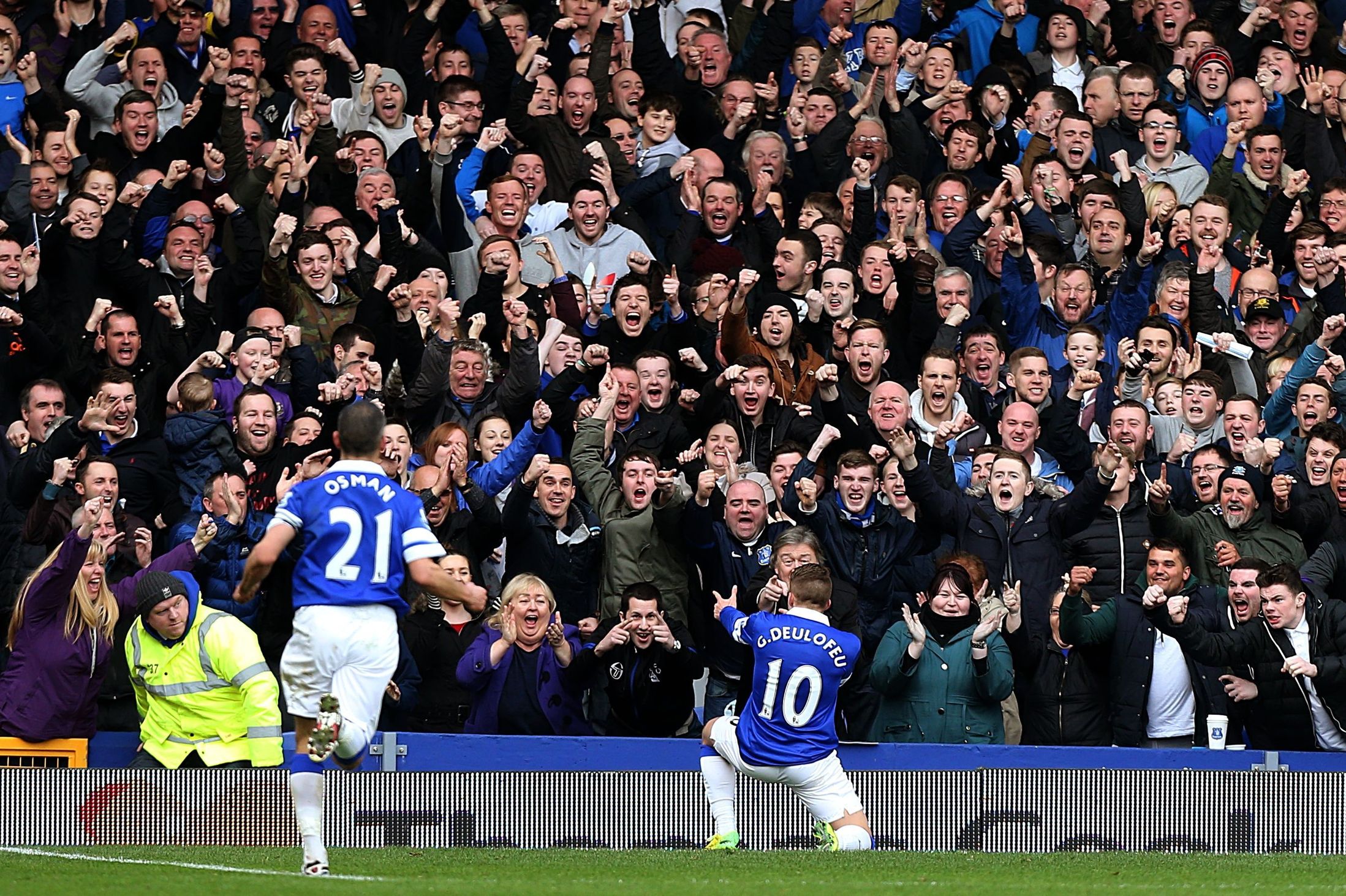 Which is cool as it all builds up a little bit of pressure and in the next four months we should find out the size of the cajones swinging from the current Everton. For the impatient of us amongst the fans it’s the do or die that you’re craving. For the reserved amongst of us this is the bit where it all goes wrong.

Nothing much to do apart from get behind them. Over to them, over to us.