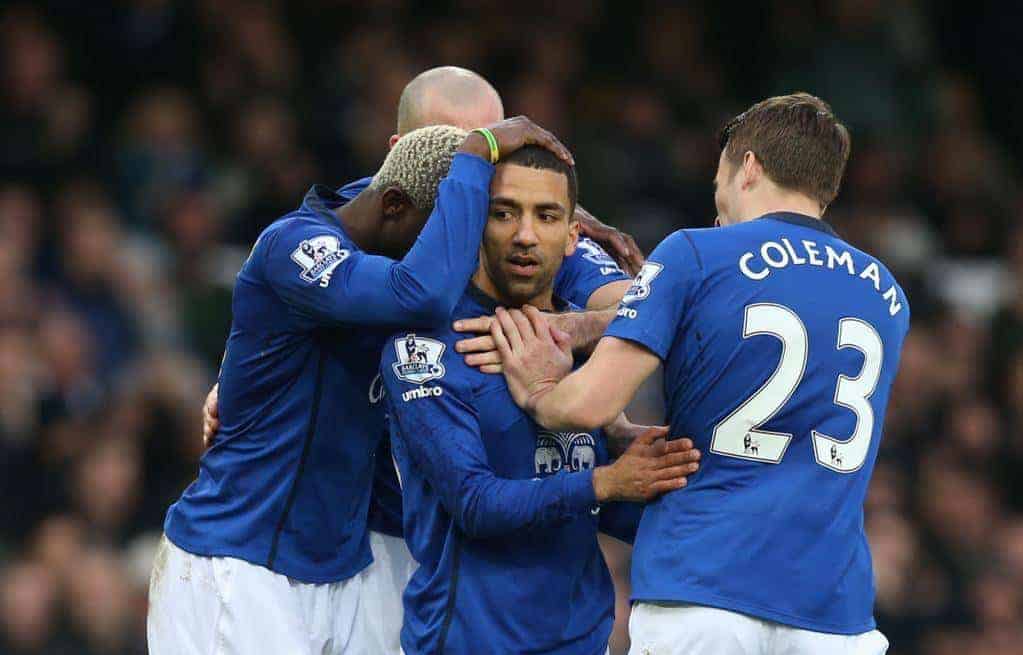 Score draw at Goodison. Potentially a massive game for Everton on a miserable Sunday afternoon.

Everton began the game slowly let’s be honest. Spurs began brighter and Harry Kane almost put them ahead after a short while, with Everton not really getting a sniff and looking less than at the races.

Then, seemingly from nowhere, Aaron Lennon scores against his former club following good play by Lukaku. Everton began to look a bit more lively with Kone going close soon after.

After a period of end to end football, Spurs equalise just before the break after a long ball move. Both of the first half goals were decent efforts, mind.

No subs at half time, and the second half seemed a bit more lively. Double substitution came around just before the hour mark, with Deulofeu and Besic replacing Lennon and Kone. Lennon came off to a standing ovation, with Cleverley appearing to move over to the left side.

So why do we bother with corners? Anyone? And how do you pronounce Alderwierld?

Everton looked much better in the second half but just couldn’t make the pressing count. At the end of the day it’s not about how many chances you create, but scoring the ones that you do create.

Exhilarating stuff at the end but alas, no winner for the blues. Promising signs to be taken from the second half though.