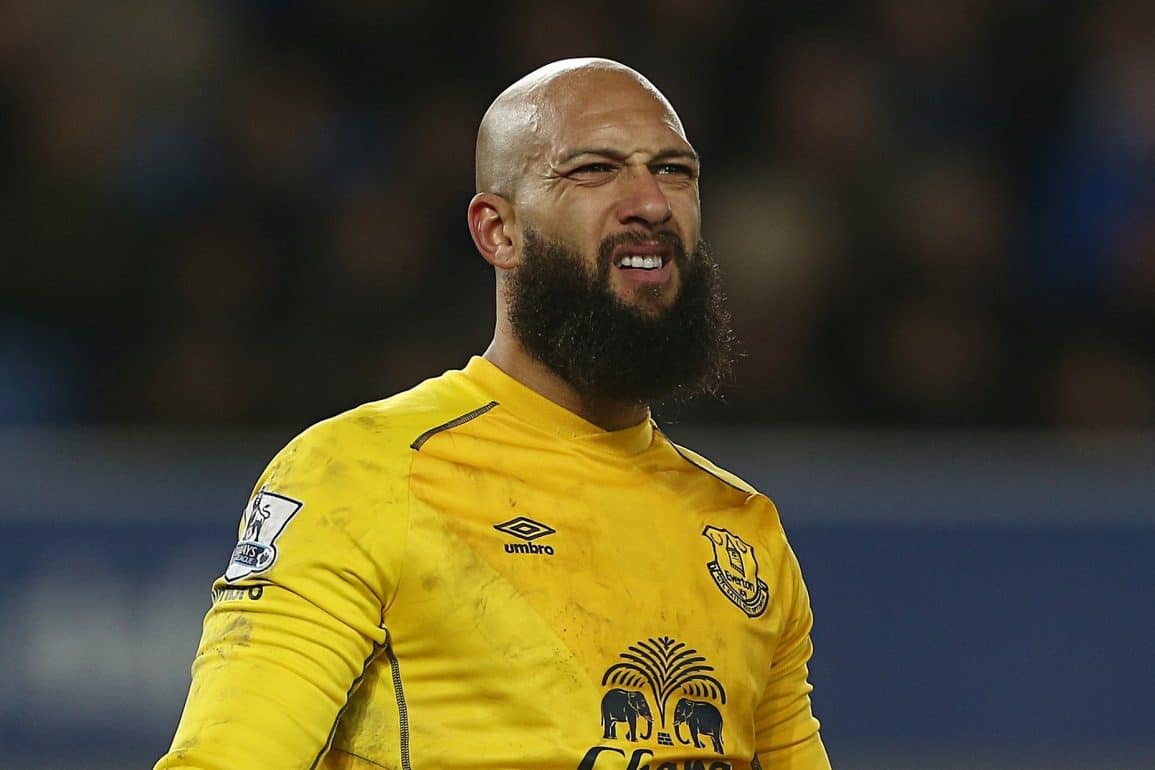 Two goals from Lukaku and a goal from Deulofeu isn’t enough to secure even 1 point against Stoke City at Goodison.

Blues great going forward but lacking at the back, and robbed at the death by a previous offender. Report written by forum member Blockhead.

Now when writing a match report, I normally try to stay balanced and seemingly neutral, but todays’ result and the nature in which we snatched defeat from the jaws of victory is, quite frankly, almost too much to stomach so, if any of this appears pointed or jaundiced, I apologise up front.

Mark Hughes paid Everton a compliment by fielding his full strength side while Senor Martinez decided to shuffle his pack, obviously taking into account the upcoming games against Spurs, Man City and Dagenham & Redbridge, by reinstating Kone for Lennon, McCarthy for Cleverley, Deulofeu for Lennon and (rightly in my opinion) Galloway for the not yet 100% Baines.

After a superb round of applause for the departed of 2015, it was Stoke who settled the quicker with Bojan, Arnautovic and Shaqiri very patently all on the same page. Despite @chicoazul not pulling the Stoke fans to pieces in his preview, they took less than three minutes to break into the inevitable and moronically boring and tedious “feed the Scousers”.

After an edgy start, possibly due to a level of fatigue after playing a hard 93 minutes versus Newcastle, a deflected shot from Ross drew the first corner which produced the predictable nothing outcome. Bojan was proving lively for the Potters who only needed to play 20 minutes on Boxing Day to beat Manure but again, it was the Blues who created a good chance as a through ball from Jimmy Mac saw Romelu blaze a speculative 30-yarder high over the bar.

Such is our luck at present as from the goal kick, Stoke moved the ball down their left flank (Hughes targeting Stones as the weak link?) and the afore-mentioned Bojan and Arnautovic slickly set up Shaqiri to show exactly what all the close season fuss was about with a cool finish on 16 minutes.

Everton needed just six minutes to carve out a nice equaliser as Ross and Jimmy Mac combined with the latter feeding Romelu in oceans of space and he had no trouble whatsoever in beating Butland for a deserved 1-1 scoreline.

Disappointingly, Jimmy Mac had to leave the field shortly afterwards, but the appearance of Tom Cleverley meant that forward momentum through midfield would likely improve. Everton were now picking up the pace of the game and looking better, but not in the matter of crossing. Our corners and most of our open play crossing was quite frankly woeful and is rapidly becoming a matter of great concern. A quick break out of defence by Ross led to him laying a sweet back heel pass into the path of the onrushing Brendan Galloway and he was a tad unlucky to see his daisy-cutter go narrowly wide.

With the clock ticking down to slice of orange and cup of tea time, a long and hopeful crossfield pass found Shaqiri in a looking suspiciously offside position on the right flank and while Everton, the crowd and the Stoke fans awaited the flag and whistle, the Swiss controlled the ball and played a delightful chip over the head of the advancing Howard to nestle into the corner of the Gwladys Street goal for the most delayed action reaction to a goal I can ever remember.

The second half saw Everton start brightly with a neat move seeing a Cleverley shot turned behind for a corner which – inevitably – was wasted. For me, Everton were still looking somewhat fatigued, certainly mentally and none moreso than John Stones who Stoke seemed to be targeting as easy to pressure and he (sadly) was inadvertently giving them plenty of reason to doubt the hype surrounding him.

Stoke made the first change withdrawing Bojan – thinking about their upcoming run of games – and barely had his replacement Joselu taken the field than a long ball from Cleverley found Romelu in space and he needed no further invitation to drive his and our second equaliser past Butland on 63 minutes.

Sadly, Cleverely immediately limped off with a recurrence of his Achilles tendon injury with Nais taking his place. Everton were now taking the game to Stoke and seven minutes later a delightful pass through the legs of Shawcross from Romelu released Ross Barkley down the left flank and his (for once) perfect cross was gleefully rammed into the roof of the net by Gerard Deulofeu in front of the adoring Gwladys Street hordes.

Now, the question was who would the manager take off in favour of either Besic or maybe even Gibson in order to protect the hard-earned lead. Nobody would have complained had Arouna Kone been hooked as he’d not had his best day. However our leader, he of the overwhelming possession mantra, chose not make a change and Everton took to knocking the ball around while gradually conceding position to a Stoke side that were not prepared to lie down and accept defeat. With a little over ten minutes to play, another raid down their left – Stones side again – resulted in chaos in our area and a woeful non-attempt at a catch/punch from Howard fell invitingly for Joselu to sweep home for 3-3. How many more times are we going to cock up at the back and gift teams goals – it’s becoming bloody annoying.

But if coughing up an equaliser was bad, as the fourth official fumbled with the added-on time board, Arnautovic took on Stones in the box. Inevitably the youngster mistimed his challenge, the pony-tailed ponce went down, Clattenburg pointed to the spot and a bullet-down-the-middle penalty from the p-tp sent Goodison into exit mode.

In his post-match, Senor Martinez bemoaned ‘poor game management’ – well hello Einstein, that starts with you, but this is not the place for me to air my personal opinion of the day. I’ll post elsewhere later when I’ve calmed down a bit.

In summary, we were not at our best and despite loads of possession, some excellent approach play and attacking intent, we continue to concede goals quicker than even Romelu can score ‘em. Stones had arguably his least impressive outing, Howard again flapped like an unfettered tent opening, Kone huffed and puffed for very little and both Gareth Barry and Romelu Lukaku could probably be forgiven for wondering what the hell went on around them.