Another week, another moody draw. That’s seemingly how we roll at the moment.

A period of supposedly winnable games is not turning out exactly as we expected or hoped but then that’s probably typical of your overall Everton experience over the years. 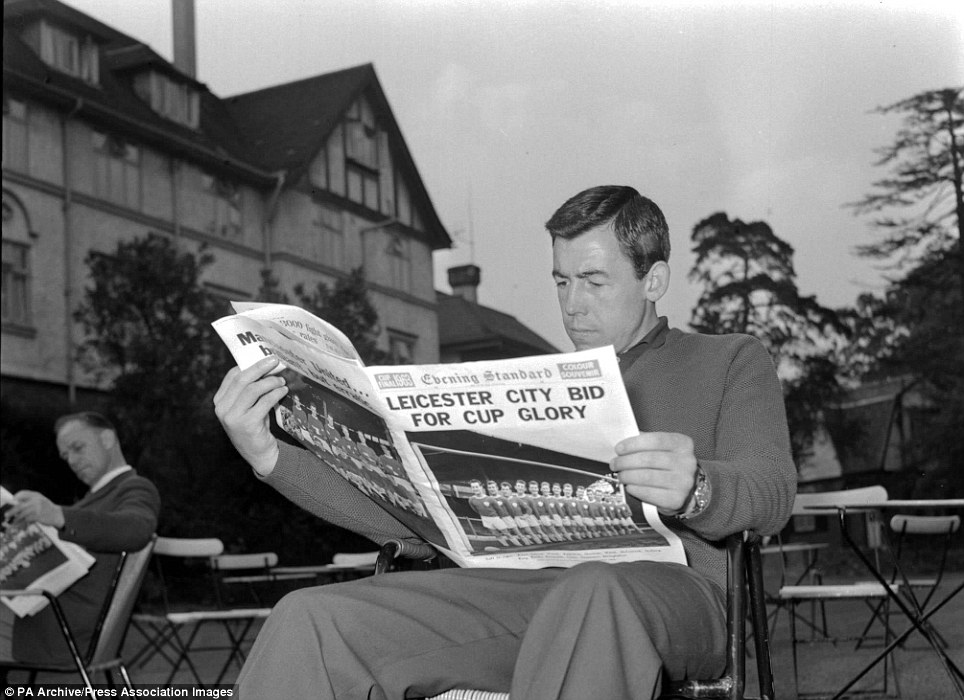 Patience is not a virtue of the modern fan so you’ve probably seen various reactions to the results from contentment to outright disgust. The internet – with the help of a little coaxing – does wonders for polarising opinions. It’s replaced for many the post match ale house as a forum for analysis of the result and forged opinion, but without the option to take a sip of a pint, sigh and choose not to think about Everton.

Doesn’t work like that now, you just have to have an opinion and you’ve got only two options with the middle ground being decimated by both opposing sides and considered far too boring to occupy. No wonder you’ve got no followers on twitter you, what edgy stuff do you say? You’ve got no spunk about you unless you state every two months that Martinez is building a team that will dominate English football for twenty years or if you don’t rage weekly and demand his resignation citing him “losing the changing room” from studying Baines’ eyebrow movement as he departs the pitch.

Everyone’s got to have an opinion or a stance, put it in your lapel, twitter bio, Facebook profile photo or tattoo it on your forearm in arabic writing along with a crying Japanese geisha girl for added effect. Just make sure everyone knows about it, OK? 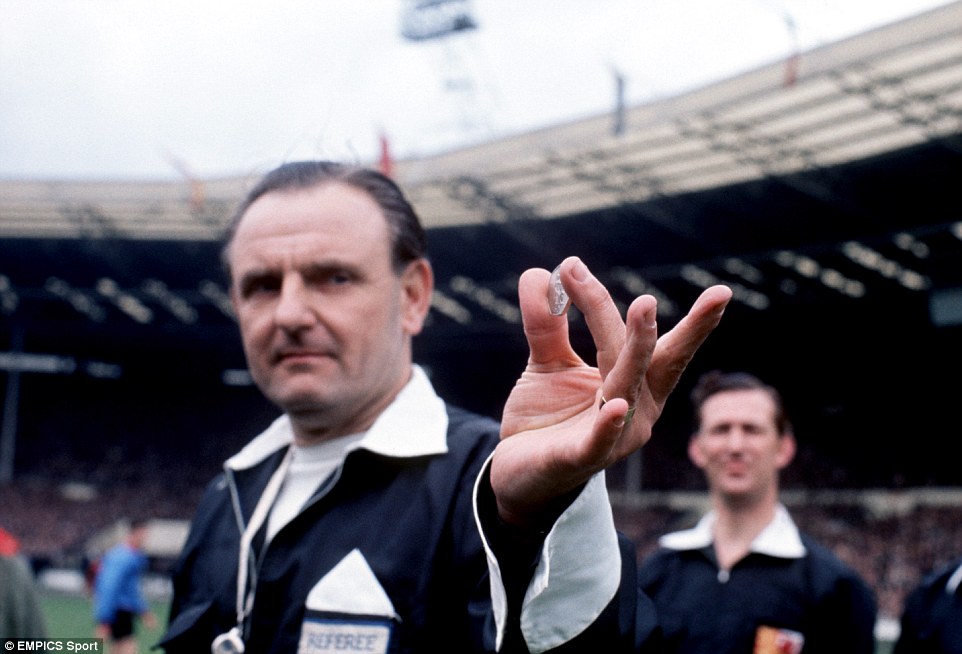 The most Everton thing in the world is swerving the footie until the following weekend as you can’t be arsed being in a mood thinking about them, but if you’re reading this – and more fool you for doing so – then it must nearly be the weekend so you’ll have to contemplate them again, even in a gentle manner.

That contemplation will involve the visit of the table toppers to Goodison Park on Saturday and with it being the last game before Christmas it’s quite a sight to see that the table topping team will be Leicester City. Fancy that?

It’s a weird old season but that’s somewhat patronising to Leicester who’ve put together a run worthy of sitting in first place thanks to more than just endeavour. They have some very decent players who happen to all be in form, which in some way must be attributable to their new manager Ranieri. And let it be said that it’s really nice to have an opposition Manager visit Goodison that it’s hard to find bad words about as he’s a good sort who contributes to the game in a positive way. Long may they stick one in the eye of those the media most revere. 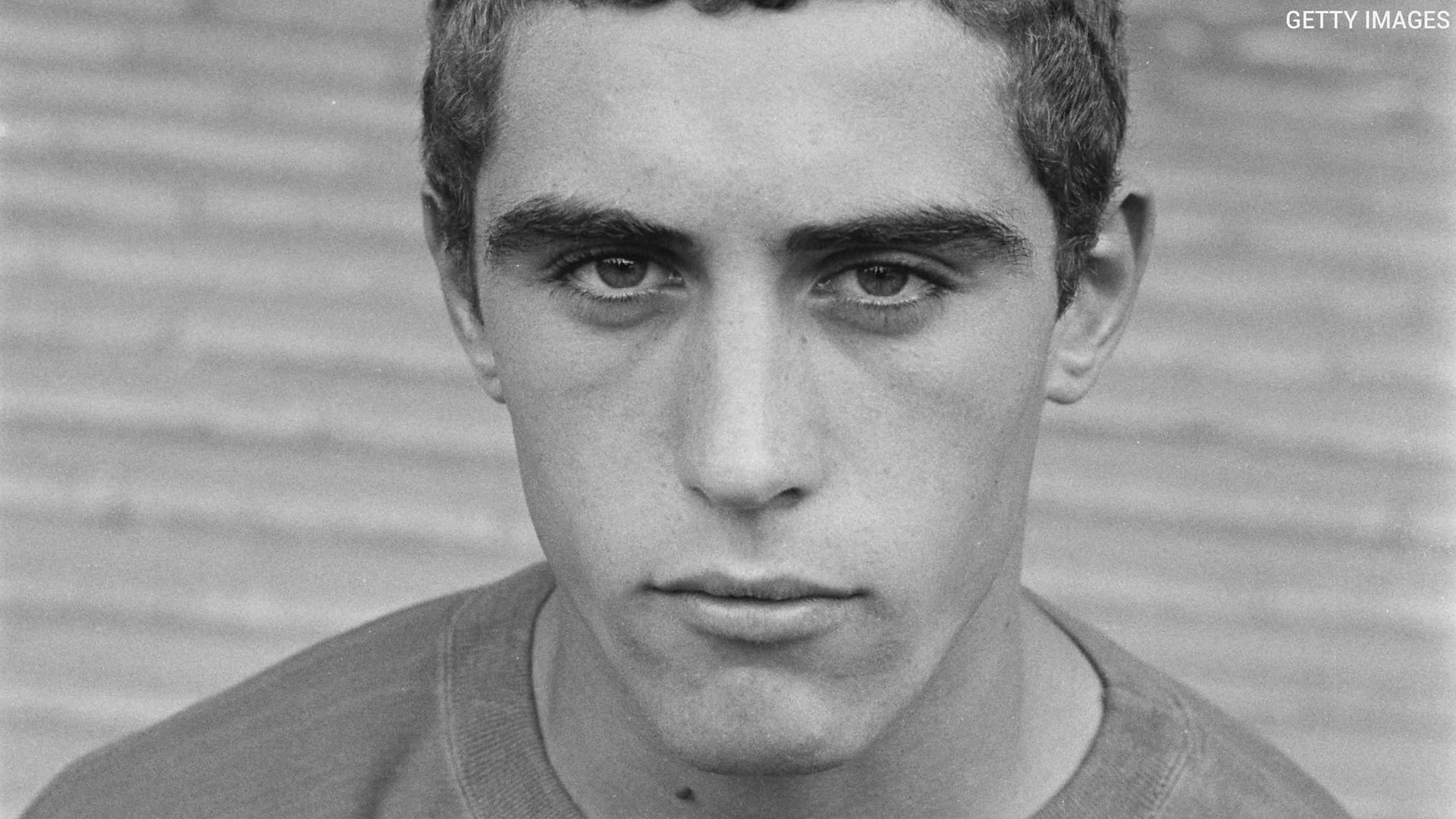 It would make for a dull preview if the positivity theme continued so I sadly have been driving about today thinking of ways I could rip Leicester leading probably to the odd veiled threat on a partisan twitter from the “OMG he sed bad tings bout r club” mouth breathers. I would then impart that stereotyping upon this preview and three people would “like it” on social media (with one of them being a catfish account and another being a Chinese google robot) and everyone would live happily ever after. The weirdest thing happened when I was trying to think of ways to rip Leicester though – I couldn’t think of anything.

Then it dawned upon me that this was the answer – Leicester has contributed absolutely nothing to society ever and not one person gives a single jot about the place, the people or anything they have ever done. 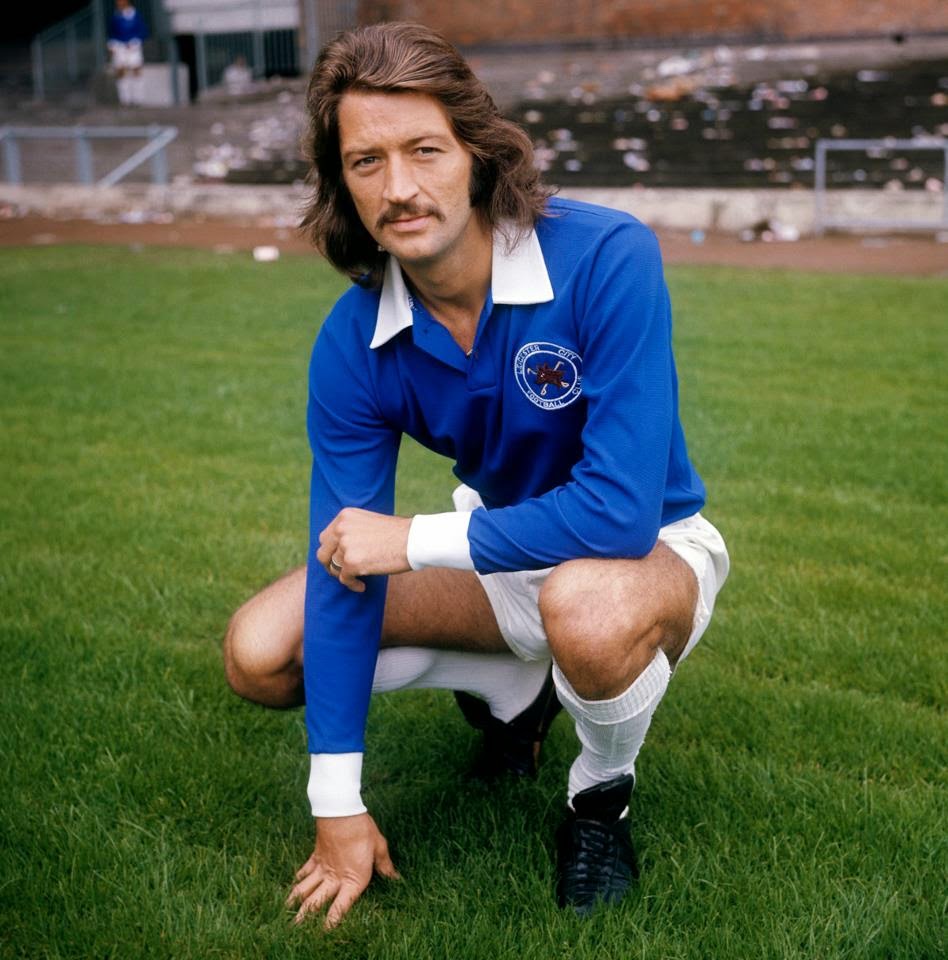 I’m sure you’ll agree with me that this is a sobering fact. I mean, imagine no one not even noticing that you’re there? It’s all rather Sixth Sense and to a certain degree: tragic. It’s no name St Johns trabs. It’s that person who dies alone in a flat and the fire brigade break the door down after neighbours complain of the smell and they walk in to find the deceased with half a face missing from where the cats got a wee bit too hungry. It’s the kid at the front of the class that no one talks to in the denim jacket. It’s Shepherd’s Pie for dinner. It’s a Ford Orion in gold. It’s February 15th. It’s the hoover section in the catalogue. It’s the deer enclosure when you go to the Safari Park.

No one knows Leicester is there.

They’re top of the league but the media, pundits and even us just brush over it not really taking notice or expecting it to be there next week. Everyone’s just ignoring a quite remarkable feat of Leicester being top of the table for Christmas because no one is arsed. 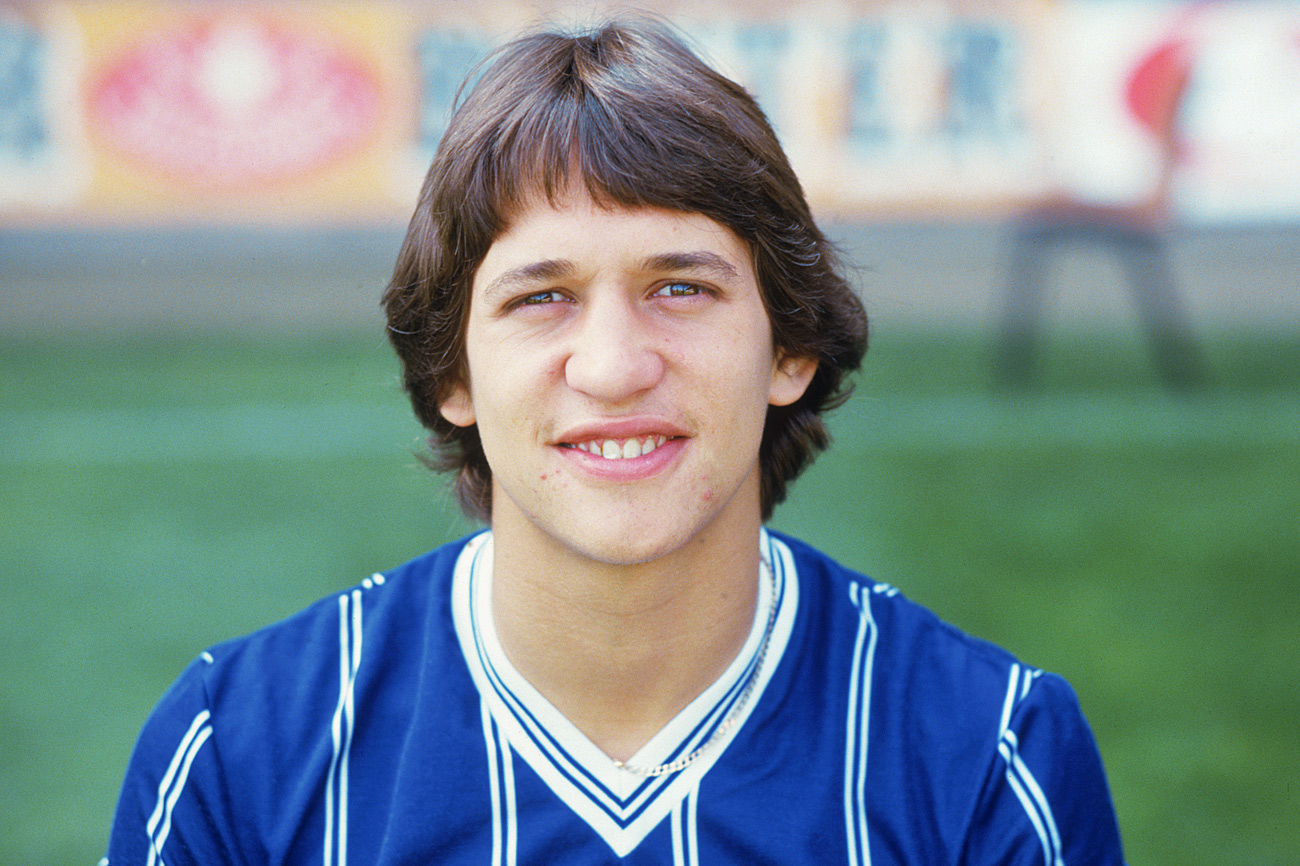 In many ways it’s perfectly reflective of the place Leicester itself which is just in the middle of nowhere much really. Stuck out of the way in a part of the map that no one apart from Leicester can really point to with any degree of accuracy. Who is famous has come from Leicester? Gary Lineker? Meh. Kasabian? They’re alright like but nothing much. A dead king under a car park and that’s your lot. In the same way as holidaymakers from the Wirral tell people they’re from Liverpool, where do people from Leicester say they’re from to an inquisitive Greek bar man, or an agitated swinger from Bristol at the pool bar?

So maybe in the style of a rabid kopite alternative league table we can pretend that they’re just not there? For all intents and purposes this home league game against Leicester on the weekend is a home banker and we should be greasing them before smashing them with such gusto that their team bus cannot wait to exit the city sharpish and disappear somewhere down the M6 that no one actually knows. 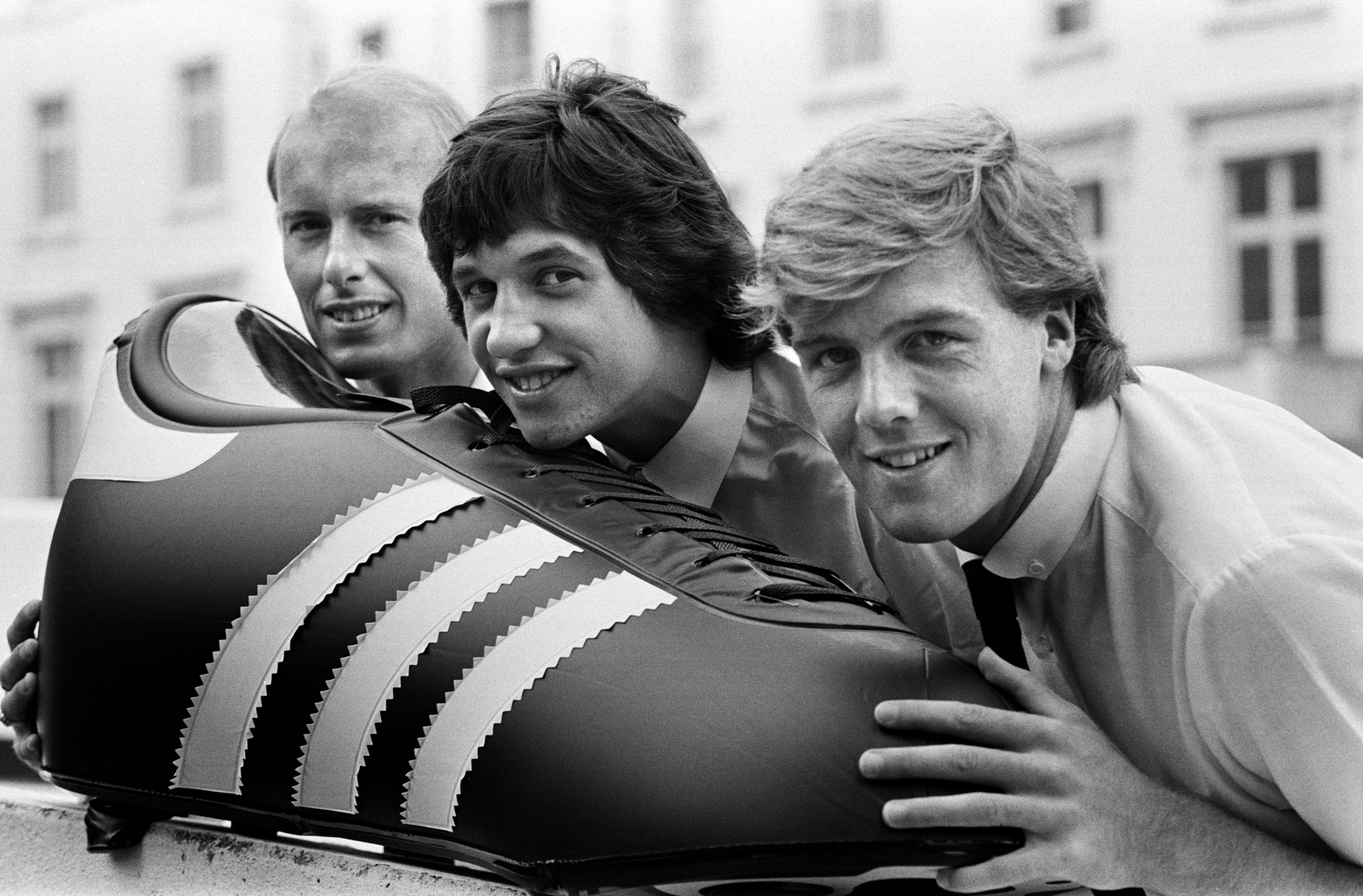 There’s Jamie Vardy this season who got a customary England cap and scored more than ten games in a row. I don’t think Paul Warhurst managed as many games but it’s a similar feat. It will amount to nothing but trivia in a too tired pub quiz. The most amazing thing about Jamie Vardy is that his face is so angular that it’s completely undetectable to radar. He has a face that is part weasel and all stealth. It’s not at all unexpected when you hear he’s the most obnoxious racist in the casino really, and I hope James McCarthy is fit for this only so he can add a second notch to his little snide book this season.

The winger Mahrez looks good on Match Of The Day but is anyone really that bothered? No me neither. He’s McGeady on flake and nothing more. Kante has looked decent in their midfield when I’ve seen him but West Ham will offer him 10k more a week and he’ll leave. Allbrighton plays wide which should give our full backs full license to inflect uncalled for pain on him and whoever plays behind him, the little tit. 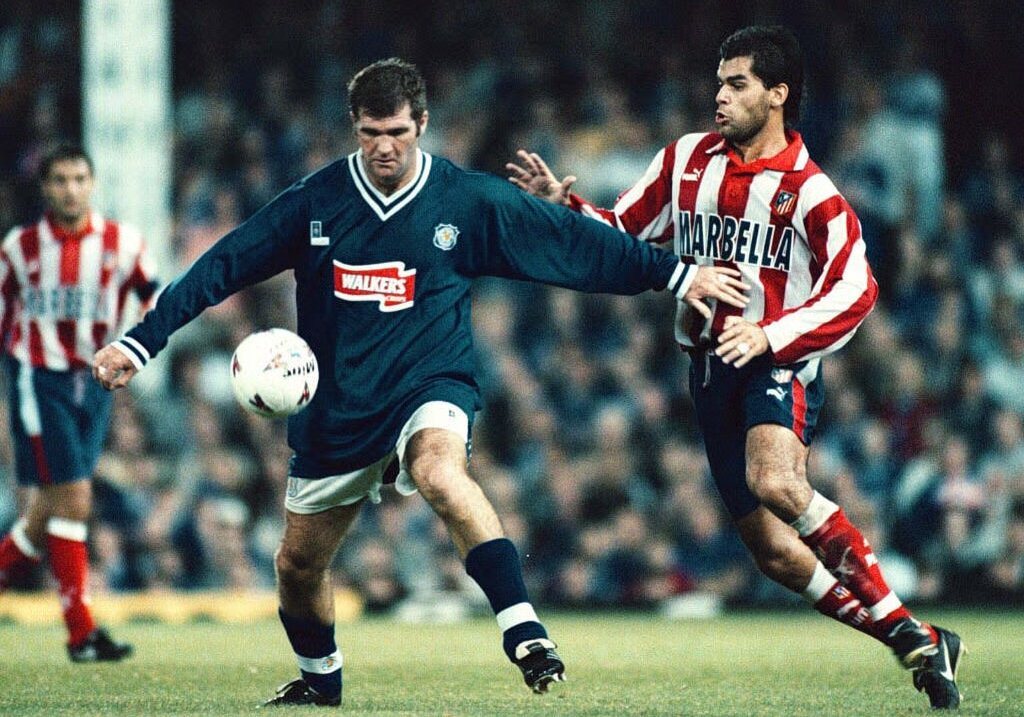 Their defence is tripe and they have Schmeichel’s lad in goal. Who else? Exactly.

They’re scruffy and call their players by nicknames as though they’re mates down the pub. English Defense League recruit many from the town and their women are so loose that they make Wiganers weep.

They’re next up for Everton and we must beat them, and beat them good. For the sake of all that is worth protecting in an L postcode.

It screams Lukaku hat trick this but the cross hairs has been slightly out, not just from him, and we’ve been getting punished after pummeling teams without being able to put them out of sight. Either someone is going to get a right gubbing lately or it will cause a crisis of confidence and average teams will start taking three points off us. Or we could just keep drawing, who knows?

Anyway there should be far too much up in their half of the field wearing royal blue for one and a half hours of football this Saturday. Deulofeu really should be terrifying average fullbacks into being chocka about if he’s going to skin them or deliver a ridiculous cross as they stand off him. Barkley should be taking a grip of that midfield and doing all sorts of nasty things to them. 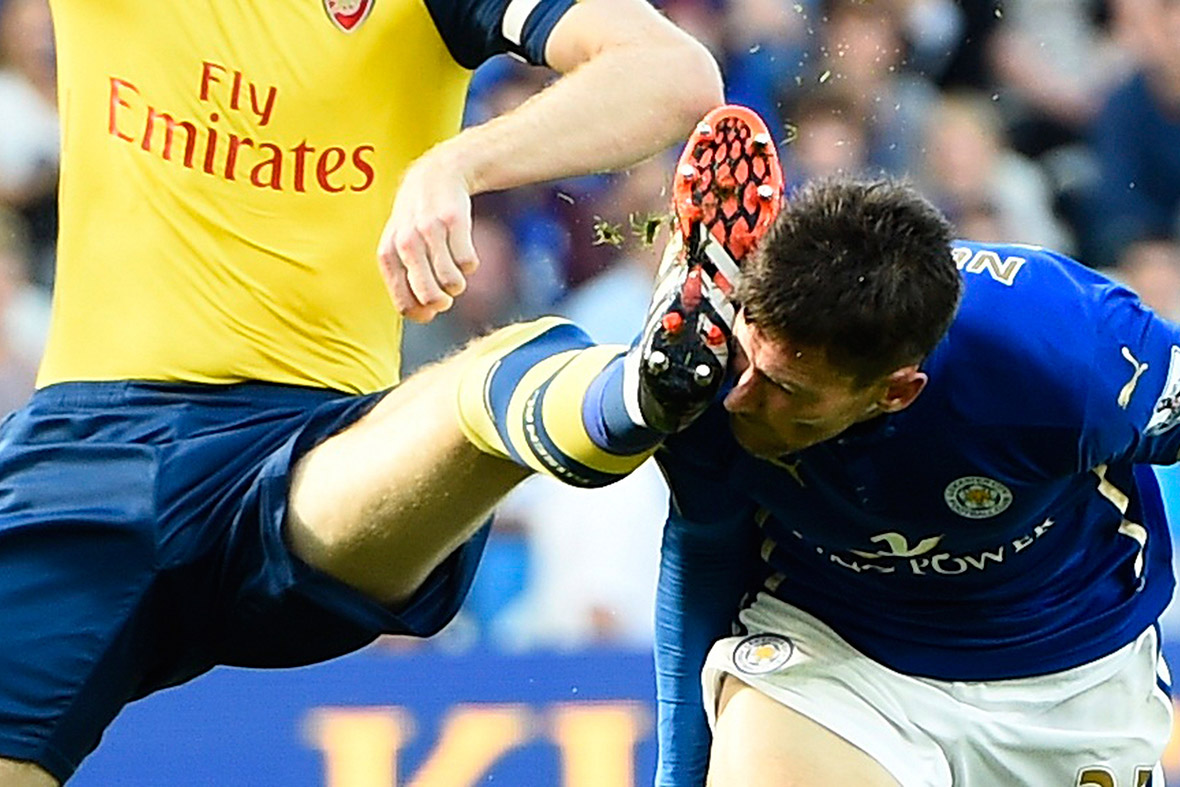 I’m writing this before the press conference so have no idea if McCarthy is back or who is fit or injured so the midfield will probably line up similar to last time out. Same as those out wide although I wouldn’t be surprised to see a change for either Kone or Deulofeu on the day, just because, call it intuition.

Stones continue to look so majestic that even if he makes a mistake from his positioning then you’re that impressed from everything other in his game that you don’t comment on it or just ignore it, like that mistake is Leicester. Funes Mori is quietly establishing himself but – to steal from something that inspired me from the forum this week – he looks like the best player in the school is being forced to play with his wrong foot. No complaints as we need a centre back not focused on passing stats but actual defending. Time will tell if he’s this player, in the Jagielka type mould. But better at scoring headers and wearing socks over his knees, naturally. Ahead lays an always testing set of festive fixtures then a very tough January in the league, two league cup semi finals and failing that our last avenue to a trophy with the FA Cup kicking off. It’s going to be a pivotal period as any of recent times when you put it into context.

But before all that is the small matter of Christmas and this fixture is the last one before the period itself where I hope whatever you have planned turns out just splendid. A sincere thanks to anyone who’s took even a nanosecond of their time to read any of this usual guff throughout the year.

Merry Christmas to you and yours, and right into these Everton.