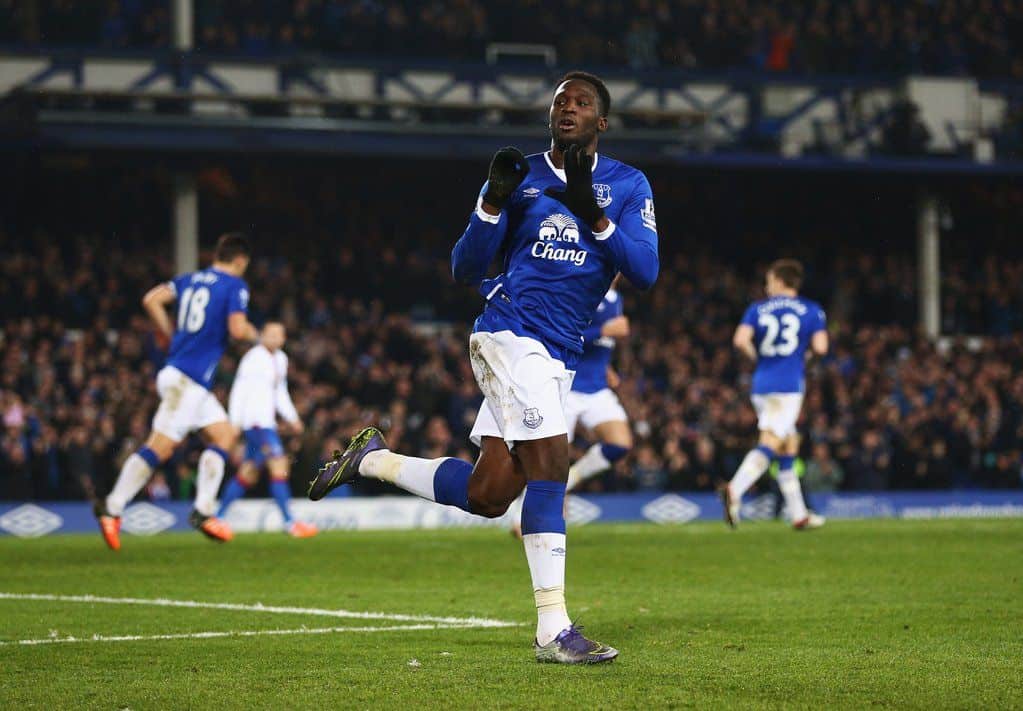 Unlucky Everton held to a draw at home.

A breezy night up the Grand Old Lady with the FA Cup draw serving us up a beauty – Dagenham & Redbridge or Whitehawk, a non-league outfit darn Brighton way.

Before we get into the proceedings, why do Everton continue to employ the sprinkler system to drench the centre circle banner and the two other huge blue banners after a week when Noah was looking to come out of retirement ?

El Bob showed faith in the squad that disposed of Middlesbrough and in so doing gave a massive vote of confidence to Brendan Galloway who has performed admirably while Bainsey recovered from injury and the subsequent session on the butchers slab.

Palace had the first meaningful effort on goal as the big, burly form of Connor Wickham fired a low shot that TH dealt with comfortably. The Blues responded with some fine interplay and passing that saw Ross curl a 20-yarder from the left flank just wide of Hennesseys’ left hand post. Gerard was warming to the task of giving the Palace left back a bad time with stepovers galore and some magic footwork on the touchline that simply defied logic. At 21, the young Spaniard has a fabulous future ahead of him and some of his combination play with Rom, Ross and ‘Rouna was quite delightful on the eye and must be horrendous to play against.

Ten minutes passed by with both teams playing some decent stuff, with Palace not as slick but no less effective as Parsnip has assembled a squad not short of talent, but definitely loaded with effort and pace, and not afraid to resort to route one when all else fails.

Wickham was certainly going to be a test for our Elegant One however, JS responded in kind by turning this way and that before striding out of defence and crossing the halfway with intent. We were edging the play without unduly worrying the Palace rearguard and when Bolasie got the better of Ramiro and threw in a left wing cross, Tim stood firm as Wickhams close range header hit him more than him actually making the save.

This spurred the Blues into upping the pace and more delightful interplay between Rom and Ross ended with the Belgian steering a sweet left footer beyond Hennessey only for the shot to hit the inside of the post and cruelly run right across the face of the goal and out of play. Gerard had the beating of his fullback and trying hard to pick the perfect cross to little avail and the next half chance saw Arouna Kone fire high and wide after another sweet move involving Seamus and Rom.

It is not too one-eyed to suggest that some of the Blues footie was verging on sublime, the only thing lacking was the finishing touch as perfectly demonstrated when the Elegant One sauntered into the Palace area, dropped a shoulder and laid a perfect cross into the six-yard box where neither Rom nor Brendan could get the vital touch.

Half time loomed after a poor Ross corner somehow took both Stonesy and Gareth Barry by surprise and they too failed to slip the Blues into what would have been a deserved tea-break lead.

A quickening of the pace saw the Blues force two quick corners at the start of the second stanza before another quick raid saw Arouna cross for Ross to head narrowly wide before pleading in vain for a corner. Wickham – whose play was surprisingly good for such a big lad – picked up a yellow for a foul on the Elegant One and Bolasie brought a decent save with his legs from TH. Gerard was soon back in stepover mode as he bamboozled Square (the Palace fullback) and in so doing raised the volume of noise from the Bullens Road/Street End corner.

Having got lucky once in the first half when Rom struck the post, Palace were thanking the woodwork again as a free kick from Ross skidded of the bonce of Wickham, beat Hennessey, but went to safety courtesy of the crossbar – was it going to be one of those nights we asked ourselves ? On the hour mark, a huge penalty shout was turned down by the ref and shortly after, Brendan got the thoroughly well deserved standing o as he was withdrawn for the return of Bainsey. I doubt anybody could have expected so much from young Brendan when he was thrust into the first team, but he’s been quite excellent and has shown already that he’s ready to stake a claim for the long-term future.

Everton were now well on top, Palace reduced to rare breakouts and another flowing move ended with an absolute missile from Tom Cleverley bringing a superb fingertip tipover from Hennessey and the Palace ‘keeper was grateful a couple of minutes later when Gerard set Tom up for another blast that one of his defenders took the sting out of.

As is almost inevitable when your dominating but not capitalising, you get caught out and a more direct Palace raid saw TH turn a shot from Bolasie (?) for a corner and Dann converted the dead ball cross unchallenged with just over 15 minutes to play. Parsnip brought on Gayle and Mutch for the impressive Wickham and classy Cabaye, and a third home loss to Palace looked on the cards when a superb volley from about 22 yards by Rom crashed back off the crossbar.

In seasons gone by, we might and probably would have faded, but El Bob is obviously working hard with this squad and seemingly on the mental side of the game too as at no point could anyone accuse Everton of panicking. On the contrary, we kept trying to work rather than bludgeon an opening for an equaliser and the patience paid off as barely six minutes after falling behind, still more trickery and magic from Gerard led to the perfect low cross across the six yard box and there was our Belgian goal machine to tap in the easiest of chances.

The final minutes saw two more yellow meted out by ref Craig Pawson, first to McArthur for scything down TC and then to Ramiro for a clumsy challenge on Gayle (I think), but no game deciding strike.

On reflection, one has to say that anyone watching this game on TV surely enjoyed a fine game of football. On the evidence of tonight, actually neither Palace nor Everton need fear anyone. Palace were big without being overly physical, very effectively drilled in their defensive duties by Alan Parsnip – who whilst not being everybodies favourite manager seems to be doing a mighty fine job darn Selhurst way – and they have an abundance of pace… and in Yohan Cabaye, a player of class and vision.

As for the Blues, their goal apart, nobody underperformed
Brendan as already mentioned has been an admirable stand-in for Bainsey; Ramiro and the Elegant One are building a real centre-back partnership and Seamus has his overlapping, offensive mojo back. Gareth Barry is obviously relishing the elder statesman/stand-in skipper role and TC offered energy and drive in midfield in support of Ross who seems to play in slow motion at times such is his growing self confidence on the ball. Up front, Arouna and Rom continue to blend together as a striking force. The Ivorian has a far, far greater work ethic and much better touch than any of us imagined before the start of this season and with Romelu now getting regular and effective service and support, is it any wonder the goals are flowing?

And that leaves just young Gerard ‘oh,oh,oh, he’s magic’ Deulofeu to drool over. Some of his footwork is quite spellbinding, the stepovers make me dizzy never mind the fullback in front of him and when he picks a pass/cross, they’re begging to be converted. Cut out the unnecessary diving Gerard and when there is clear space behind the fullback, please use your pace a bit more. The stepovers are great, but leaving a fullback floundering in your wake is just as good and offers more opportunities for the telling cross.

One-one in what was this watcher thought was a fine game of footie – that wee bit of extra luck and we’d have bagged three points.