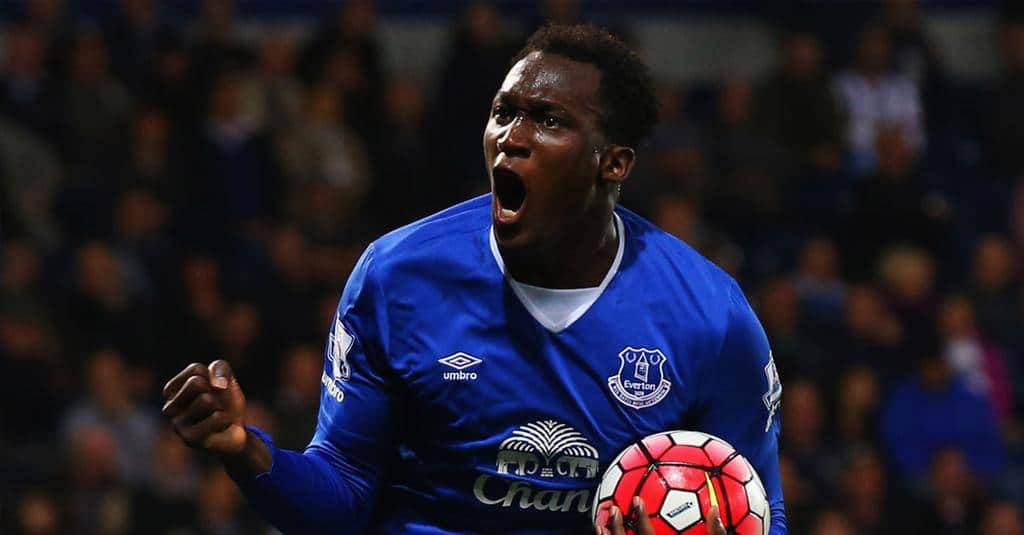 Lukaku finally proves there’s more to his game than goals

Romelu Lukaku will score goals. Everyone agrees. Will he become a world-class striker? The jury is still out but the Everton forward is seriously impressing this season.

Knowing exactly where the back of the net is –  with over 100 club goals at the age of 22 – Lukaku is worth his weight in gold when it comes to scoring.

However, it is the huge improvement in his overall game which has caught the eye during the opening months of the 2015-16 campaign. Something has clicked and Everton are benefiting greatly.

Rough around the edges during his first two years at Goodison Park, Evertonians loved Lukaku’s goals but needed more from their star frontman.

With past No 9s like Dixie Dean, Joe Royle and Duncan Ferguson as a point of reference, Blues fans demanded more and were often left wanting when Lukaku was called into action away from the 18 yard box.

Standing at 6’3”, the big Belgian struggled to impose himself on opposition defenders and was regularly beaten in the air and hustled off the ball.

The fact his second touch was often a tackle after losing possession with his first led to some doubting his capabilities and questioning the huge £28million fee Everton paid to secure his services from Chelsea.

Having commanded such a fee, coming out second best would not be accepted by the Everton faithful.

Jose Mourinho didn’t seem to rate the former Anderlect attacker and was happy to move him on. It seemed many football fans across the country – including some on the blue half of Merseyside – agreed with the Chelsea manager’s assessment. Was he really up to it and as good as his reputation suggested? Was the hype warranted?

He was young and he was raw but while Lukaku’s goals were vital his overall play wasn’t befitting of a player expecting to reach the top.

However, fast forward to this year, the frontman has been in sensational form for Everton and looks like the £55million striker interesting Europe’s powerhouses as we head towards the January transfer window. While Paris Saint-Germain and Juventus are keen, the forward is tied down to lead the Everton line until at least 2019 and is likely to remain in L4 for the foreseeable.

The goals remain but everything the striker lacked is now there in an abundance, too.

How wrong the cynics were it seems. There is plenty to do but the signs are seriously encouraging.

The forward’s hold-up play has been sensational at times while his nous to control and shield the ball to include his team-mates on the attack has undoubtedly improved the Toffees frontline.

Taking the ball on his chest, heading it on or down to a blue shirt has been done with relative ease and Lukaku finally resembles a typical bullish Toffees No 9. The raw, powerful Blues lynchpin is maturing into a monstrous beast.

Blues fans were desperate for Lukaku to add some nasty to his game and they’ve got it. Lukaku is first to the ball and rarely second best; such a difference compared to last season. He’s hungry. He’s willing. He’s determined.

“Romelu can achieve anything he wants. He’s got that unique strength of being the man that the team needs. He has got an elite brain,” Everton boss Roberto Martinez said earlier this season.

The involvement of Everton legend Duncan Ferguson on the training field and the presence of Arouna Kone on the pitch cannot be underestimated in the growth and progress achieved by Lukaku. It’s clear to see.

‘Big Dunc’ took no messing as a player and will no doubt have guided Lukaku on how to use his gigantic frame to play defenders and reel them in. Ferguson’s Premier League know-how will aid the Belgian and seems to be paying off.

Meanwhile, observing Kone’s exquisite control and ability to brush off defenders with ease before charging forward will have also provided Lukaku with an important education.

The young striker described playing with Kone as ‘heaven’ and Martinez must ensure he pairs the duo together whenever possible to boost Lukaku’s development.

However, while the improvements are apparent, Everton need to start playing to the frontman’s strengths in order to get the best out of Lukaku.

While Romelu has impressed immensely with his back to goal this term, playing that way is not his natural game; far from it.

Lukaku has insisted he prefers running at defenders (remember his devastating run in the 3-0 demolition of Arsenal?) but isn’t given too many opportunities to do so – the Everton midfield too often lack the imagination to play him in and instead aimlessly lump the ball forward to an increasingly frustrated figure up front.

Only since the emergence of Gerard Deulofeu has the forward been able to truly thrive – the Barcelona prodigy’s creative spark serving up chances in recent games that Lukaku has readily eaten up.

“It was a good assist and I want to get more assists for Rom. Rom is an animal! I want him to score a lot of goals this season,” said the Spaniard after setting Lukaku up away at West Ham.

While the midfield have occasionally hindered the striker by not playing his way, Martinez’s insistence on starting him as a lone frontman with three behind has not benefitted the 22-year-old either.

Lukaku’s non-stop harrying and hurrying of the opposition backline often deprive him of energy when playing up on his own and he looks far better equipped when helped by Kone.

Curling the ball with the outside of his left boot to assist the Ivorian’s hat-trick goal in the 6-2 win over Sunderland was the highlight of their partnership so far and showed the confidence Lukaku is currently playing with.

Always rallying fans in the Gwladys Street as Everton edge closer to a goal, Lukaku is playing with real fire in his belly and saunters across the pitch as the Toffees’ talisman. Only now, however, do his performances match that of a player deserving of the main man tag.

Lukaku has always exuded confidence, fully expecting to play in the Champions League and star for the world’s best clubs but remains a well-grounded individual – keen to improve under Martinez’s stewardship with an eye on turning Everton into one of the elite.

The Belgian’s goals have already gone some way to repaying the £28m fee Everton splashed out on him but Lukaku’s accomplished displays have truly increased his importance to this Toffees team.

Lukaku is the best striker Everton have had in the Premier League era and looks the real deal. The complete package. Not yet a world class striker, it’s starting to come together for the big man.

The Everton forward has at last proved there is more to his game than goals. Continue to improve at such a rate and Lukaku can achieve his ambitions by firing the Toffees to where they need to be.