Nothing stirs the spirits like Everton giving someone a good tonking.

Sure, there’s hard fought wins and comfortable two nils but for a feel good factor there’s no greater sight than Everton being downright nasty to the opposition. 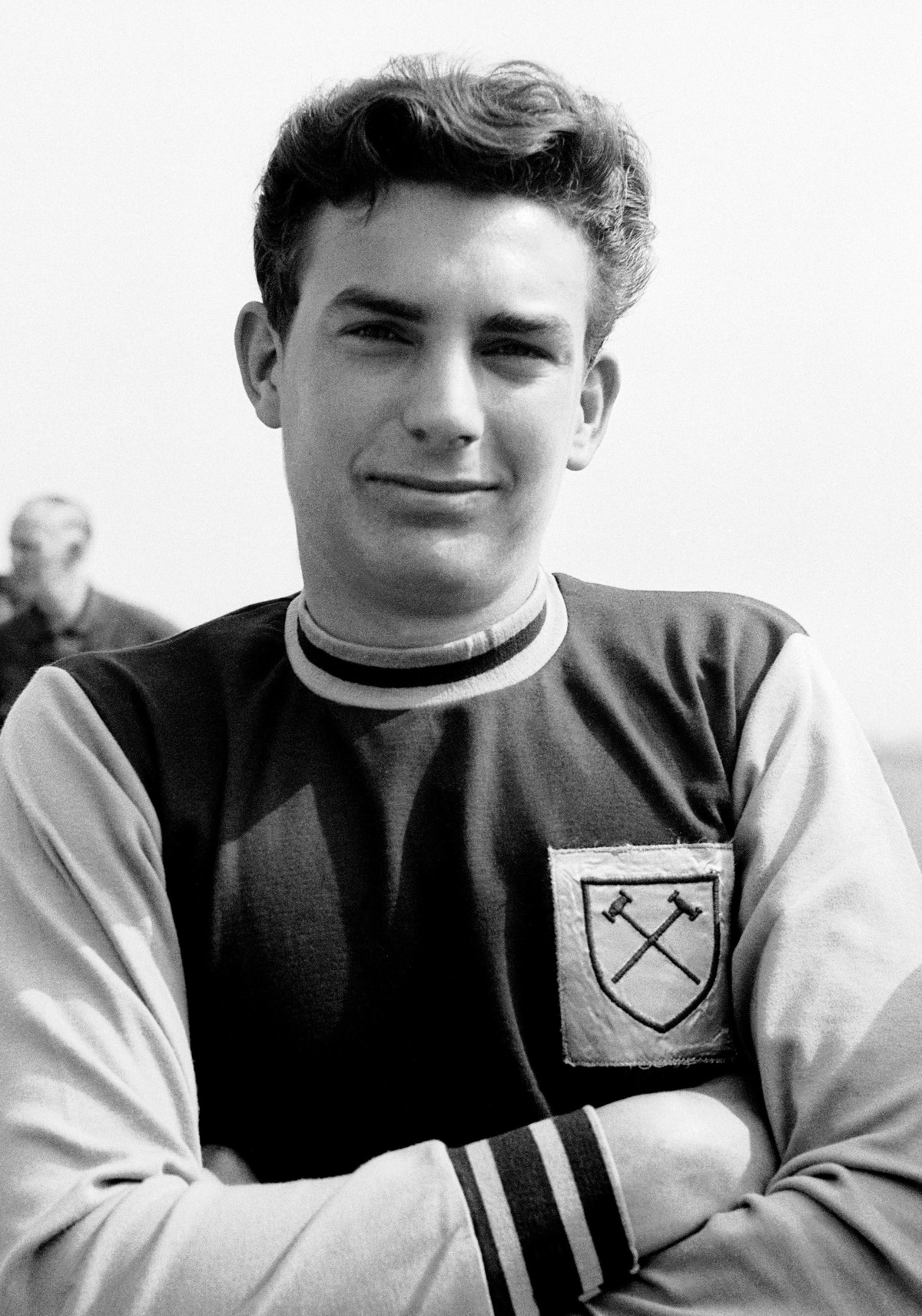 Being the super realistic (or plainly pessimistic) types we are means there was some grumbling and doubt about whether it was such an authentic resounding win.

Our defence creaked more than your first car and Sunderland were absolutely atrocious but other teams are not scoring six against them every week so we must have done something right. On top of the cup progression in midweek it was the first maximum points collected in the league since September, at the start of a run which we really need to make the most of for our season’s sake.

Anyway this is no time for the meek, we’re on the internet right here and now. Celebrate it, shout all about it, scrawl it in four full high emulsion letters on someone’s garage or simply hire a plane for eight hundred nicker. Whatever it takes to share the message that Everton are plain nasty. Maybe once or twice a season anyway. 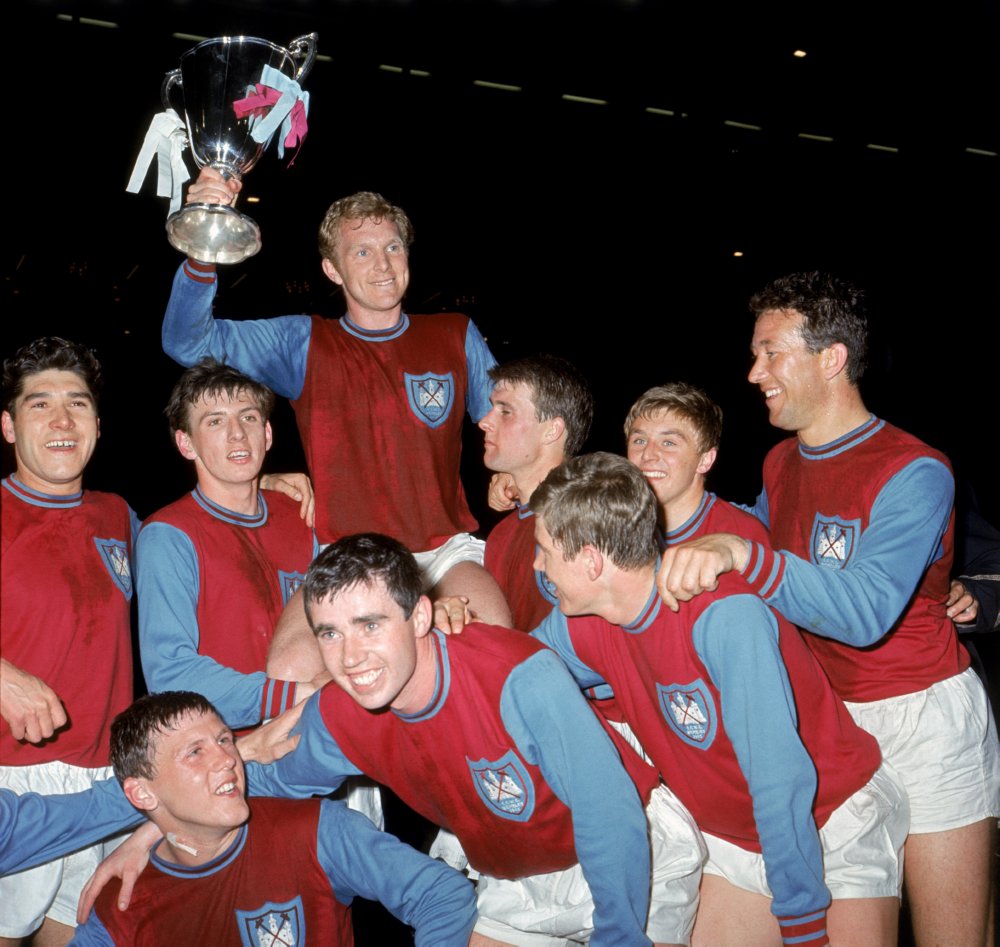 Back to Sunderland though where the opposition made the mistake of trying to pile forward against us. Whether you’re Martinez in or Martinez out – and we do love a good polarisation of our support – you can’t deny that this current team is as adept at counter attacking as we’ve seen for a long time. More than that, they’re utterly devastating afforded the chance. Everton are downright rude when you leave them space. They’re not going to call you the next day and that late night video you drunkenly consented to is right now being passed around Everton’s friends.

We were expected to beat Sunderland but this Saturday’s game is a tasty one as it pitches us against West Ham who’ve started the season so well that some of their fans have disregarded over 130 years of footballing history to state they’re better than Everton, mainly on the back of buying an ageing French midfielder on astronomical wages and a haphazard Italian defender who prefers his cities a bit more capital.

We can let also have Stuart Slater and if we’re being generous then there’s the small matter of a semi final in the early eighties but that apart we’ve been ridiculously better than West Ham for pretty much all of documented history. 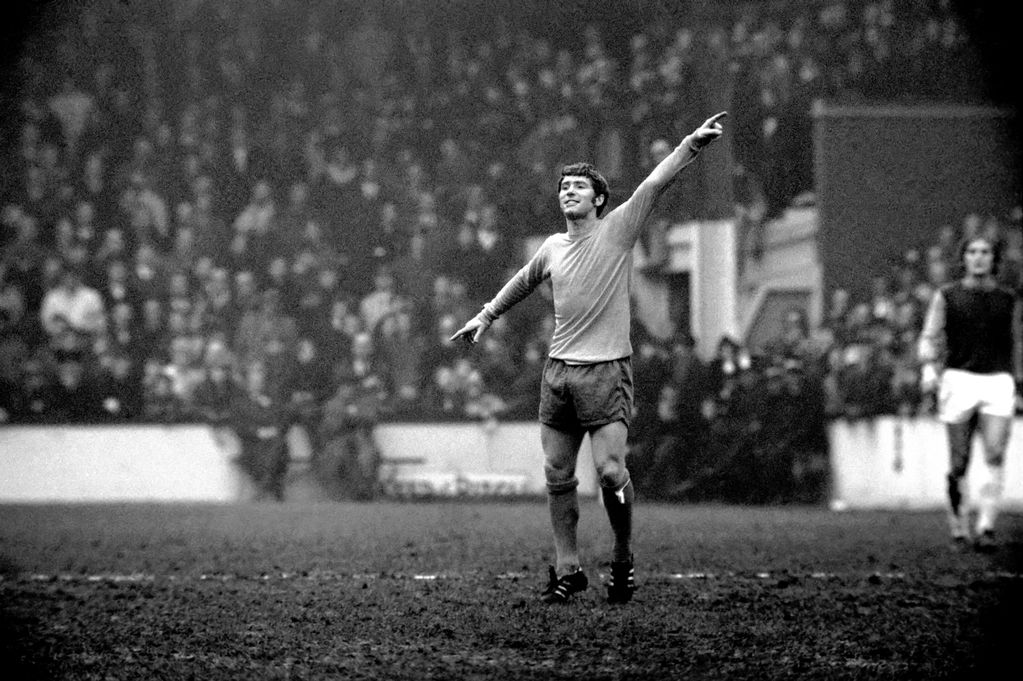 But that’s the Premier League for you, where glory and ruin are only a couple of games away. You gotta tweet with cajones and controversial statements if you wanna play the game, hermano. Basically you have to be a crap bearded biff who are reasons A, B, C and D why a load of our local fan base won’t even support England. Cut the umbilical cord to Liverpool and it’s terrifying the amount of texan out there.

Here’s a better idea. Next time we hire a plane fly it right into the opposition’s end. We’d have to pay a little more probably but it’s better than pulling messages behind it and we can blame it on Chelsea piloting. Just aim it at Shane, or Danny or any of the identikit legion of twenty something fans who need a good shoeing, instead giving them the nose and propeller of something that will give them something to think of. Put that on instagram you bearded pissflaps. 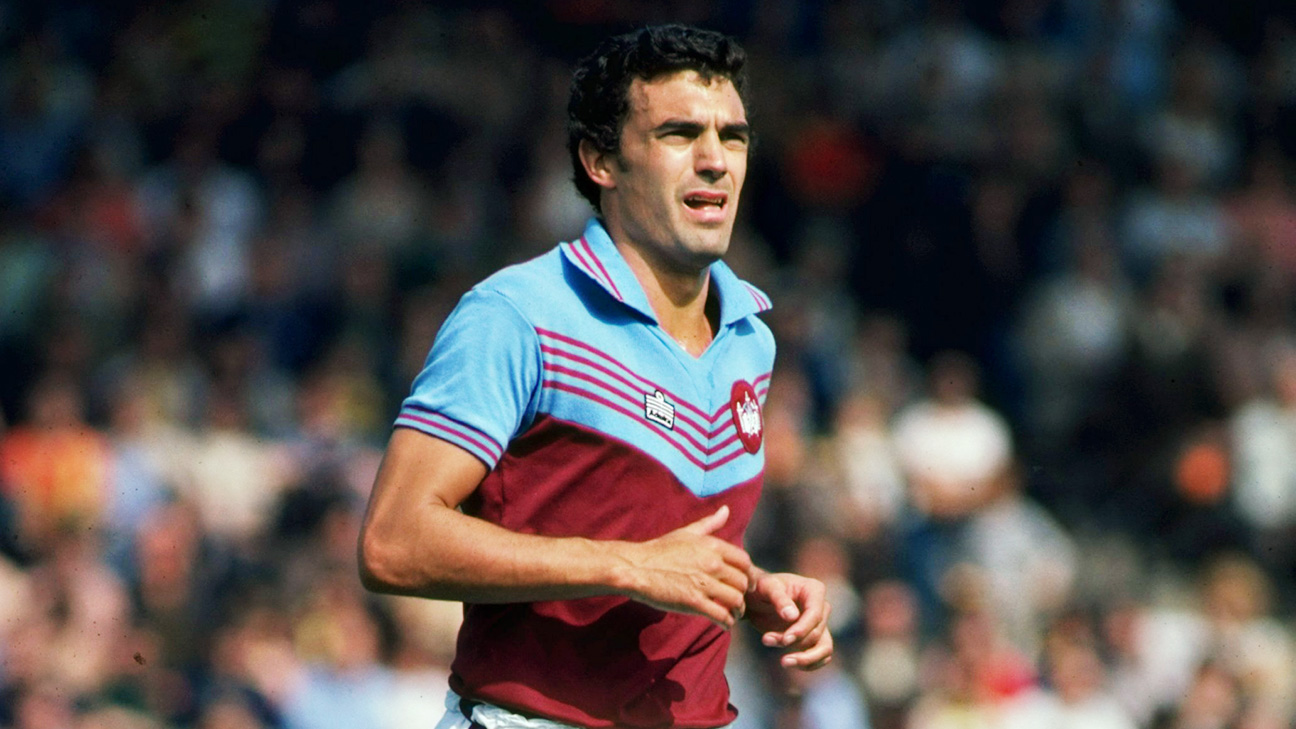 Apart from that element West Ham are alright and it’s a shame that they’re leaving the Boleyn Ground as it’s one less stadium with history and culture. They’ll probably only energise that aforementioned part of the fanbase into getting all geordie and sneering at other club’s lower attendances. If that happens then send a Jumbo Jet into them, totally justified.

Slaven Bilic, the bad snake, has took over the reins from Allardyce and has had inconsistent successes in a short amount of time. On their day they look like a potent mix but they are lacking consistency, meaning they will be crying for a new manager in about two seasons from now. Bilic is a funny one as I seen more than a handful of blues calling for his appointment during Roberto’s darkest hours earlier this year, presumably unaware of how much money he cost Everton by bumming us over at a particularly weak point. For that reason alone he must pay, the scraggy bog eyed ted.

They’ve got a few options up front including £35 million man Andy Carroll who if he’s done any sort of homework must be gleefully anticipating playing against a defence that can’t stop crosses and certainly aren’t adept at facing headers. Corners are going to be a chore against these for the entire game.

The Football Manager types were also screaming for this Payet lad who looks a good un’ so far. Well done on your electronic scouting but he looks like a fat little West Derby scrote who would cut you up in his Audi A3 on Edge Lane and flick you the Vs. For that reason I’m out. They’ve obviously got loads of other decent players but let’s ignore them and talk about Mark Noble who’s trying too hard to give off that ‘as honest as the day is long’ aura but is nothing more than a Nando’s John Ebbrell.

We’ve already touched on the Italian in defence who will be there with James Collins and his ten thousand freckles. Jenkinson is a sound full back and I have no idea who they have in goal. And that is West Ham.

You’re here for Everton though.

Whisper it incredibly quietly but that Lukaku up front has been holding the ball up sound of late. Fancy that? Fancy a young talented striker slowly developing his game despite the loud mouthed shithead two rows behind you writing him off not so long ago.

And never mind him, have you seen that Kone? A disgrace Martinez. Stop signing Wigan players.

Actually to interject it’s me being the tit here as it’s hardly as if the lad with the wool nineties raver haircut is shooting us to quantifiable glory. Even Naismith has beat him to a hat trick this season. He brings the best out of Lukaku though, like a ciggy dipped in poppers to Lukaku’s speckled Mitsubishi. Sometimes anyway. If we’re still giddy about him at the end of the season then at least we can take him off the list including Bilyaletdinov, Kroldrup, Simon Davies and Slaven Bilic.

Sometimes it’s easy to go a bit overboard on the back of a pretty meaningless result or set of games but I’ve seldom seen players who make me as excited with the ball in royal blue as Deulofeu. There’ll be twists and turns of form and youthful petulance to come, but he’s a sexual footballer and he likes playing for Everton. Don’t be fooled by the pace or the stepovers, that pass for Lukaku’s goal and the cross for the own goal were something else. He’s our most potent weapon out wide by some distance at the moment. Unless he-of-the-alien-eye-transplant-and-snide-beard fancies playing himself into form at any point soon. Barkley will play attacking midfielder.

Whether it was the opposition, whether it was the captaincy, whether it just one of those days it matters not because Gareth Barry was splendid last game out. There’s credible calls to put someone more attacking in the middle of the park but you’d be going with Barry rather than McCarthy as the holding midfielder right now, and that’s some compliment. Besic, Cleverley and Gibson (well maybe) returning to fitness should give us a few more options there even if deep down we know it will be the same partnership as the previous two seasons there. The Martinez comfort blanket, and I don’t mean that in a snidey way. Defence is understandably stretched and had to overcome significant hurdles this season, be it the full backs or our captain being out injured. It’s left a very young and inexperienced backline that has in the circumstances done more than well. Mori and Stones should develop into a fine pair of international defenders – which is a bit petty as the former has been subject to club record bids – but they have some important weeks ahead in which to forge a relationship and settle down as a pairing. Sunderland had them more than stretched and there will be stronger challenges ahead. We’ve not really had our full backs both fit and in form for quite some time now, I hope it happens this season and soon, as we will be much the better for it. Good save from Howard early on in the Sunderland game but I’m still smarting at Robles being jibbed.

Enough of this anyway, you’re just here for the arl photos. Or even more astutely not here at all and leaving these tired words to the gaping black hole of the internet. 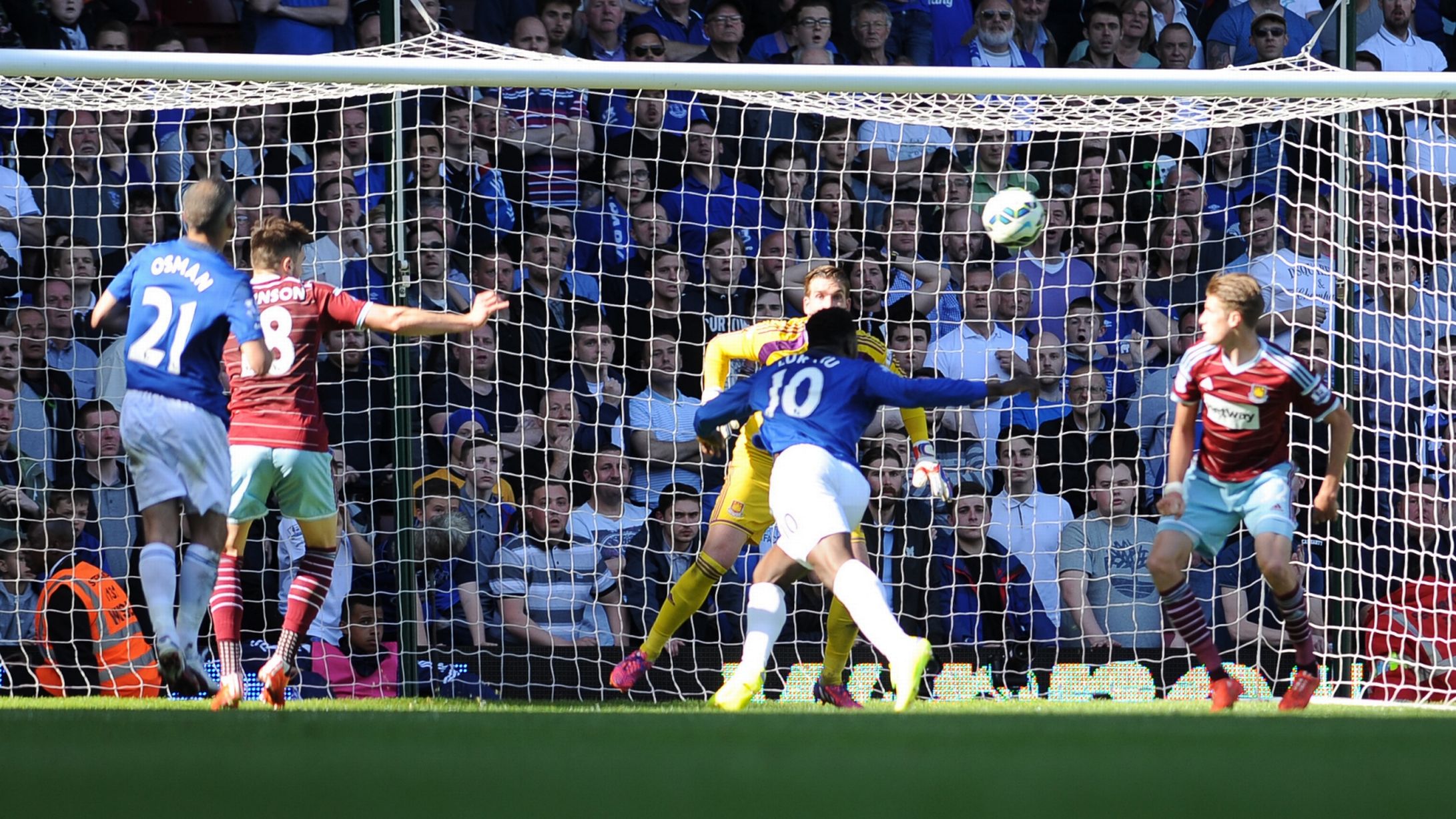 There’s another big gaping hole of footie after this game with another dull international break wiping out any perceived momentum. Win this however and we’re sat a lot prettier than many of us had anticipated with a chunk of winnable points between us and Christmas. Or, perhaps predictably we’ll slump when the heat is on.

It’s over to you Everton then, just be nasty about it.

A case for Ferguson