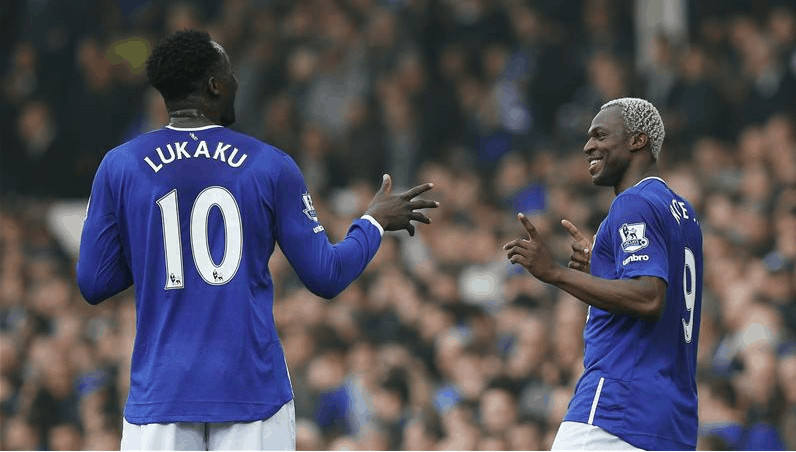 Lukaku has outgrown us, he's become too good compared with our performances and results

Kone (3), Deulofeu, Lukaku and an Coates own goal secure the 3 points for Everton.

After an opening fixture list that looked like it was devised by John Aldridge and whiskey, the real test of the Martinez-era Everton began today. While the name of Sam Alldardyce can send chills down the spines of anyone who likes watchable football, Sunderland are a truly crap team, and most of us would have hoped that a stressless rogering was on the cards. And we got one. Eventually.

Van Aanholt cannoned a shot off the post, immediately giving the wooden beam a better seasonal save percentage than Howard. Lukaku fired a weak shot into the hands of Pantilimon. Barry made the only 40 yard dash of his career only to hoof the ball into the dead Goodison atmosphere.

Sunderland had three successive chances to score. A good, instinctive save by Everton’s number one fell to a Sunderland player, but the resulting shot smashed against Right Posty, who was beginning to get ahead of Robles in the pecking order. Potential first teamer next season?

And then it happened. Del darted on to a Kone pass and found himself one on one with Pantilimon. Despite pulling the ball back and looking for all the world like he was going to somehow mess it up, the ball managed to worm its way through legforest and crawl into the net. Crap goal, didn’t matter, Everton one up.

Deulofeu got himself into position to score an identical goal a few minutes later, but squared it instead, the ball eventually bouncing out to Barry who cannoned it off Kone and wide. Defoe got on the end of a Pantilimon kickout and was almost through on goal, but Oviedo managed to take the ball off him. It was Bryan’s last action of the game. He put in a great 25 minute shift until his legs realized that they were attached to Oviedo. Galloway on.

Sunderland had a shout for a penalty after Fletcher’s bounced off Barry, but replays showed that the referee called it right. Adam Johnson had a chance but blasted wide. He’ll need to up his game to make the prison first 11. SAY WHAAAAA????

Arouna Kone. Once the stick plotters used to beat Martinez with, this classic redemption story came full circle after he smashed a Lukaku layoff into the back of the onion bag in the time Pantilimon took to blink. Everton 2-0. Too easy.

Nope. Defoe, the only nugget of sweetcorn in a red and white wave of poo, capitalized on a Stones mistake and blasted one in on the stroke of half time. Howard’s fault.

The second half was an open affair, end-to-end football and dismal defending, most of it Sunderland’s. Steven Fletcher headed in early doors after a poor cross wasn’t dealt with. Howard’s fault. There was a crushing inevitability to it. Del looked for a penalty after making another charge into the Sunderland box, but made the only dive that can be seen from space.

And then it began. A Coates own goal from a trademark dipping Deulofeu cross put us ahead again. 3-2. Lukaku rounded Pantilimon after actually controlling a ball and slotted in easily. 4-2. A clever layoff by our guileless Irish midfield grafter found Kone, who fired in his second. 5-2. A beautiful cross by Lukaku with the outside of his boot found the golden crown of our African King who took the match-ball and, with it, the keys to the city with his hat-trick.

We did. We actually rogered a crap team. We probably could have scored more too, as Sunderland fell apart like wet bread. But we’ll take it. Onwards to West Ham, where hopefully Lukaku, the Scourge of Upton, can add to his impressive tally against Slaven’s hoofers.