Honestly, there will be Alan Partridge references all over the show in this, so let me apologise right now. This is the first time in about 78 years we’ve reached the fourth round of the Milk Cup so to say I wasn’t expecting to write this preview would be a bit of an understatement. 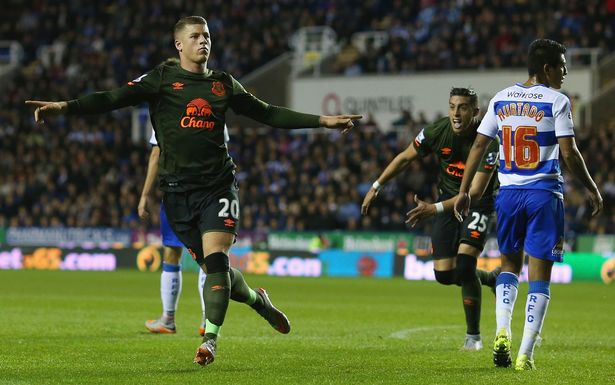 Everton make their way back north following a bit of a weird game in London where we were mugged and not appreciated, stopping off at Rejection, Disappointment, Backstabbing Central and Shattered Dreams Parkway. Honestly we weren’t that bad. On another day we would have got something from that Arsenal game, but history tells us we don’t win there. I am struggling a little with people going all panic mode. We’ve lost 3 games this season, to what in all probability will be the top 3 in the league. Scum, sub human scum.

But this is a cup game. We’re literally unbeaten in the cup this season. Back of the net!

Norwich City come to Goodison for a game we will be favourites for. I’ve been to Norwich once. It’s a hard place to understand. Why is it there for example? Also, worth noting that my old man is an Ipswich Town fan. It’s been engrained in me to despise this place and pretty much anything to do with canaries since birth. It’s not quite level with my, and our, Liverpool hatred, but it’s not too far off. Let me put it this way, there are lots of farms, and they don’t like outsiders and like to stick to their own. They feed beef burgers to swans and makes pigs smoke. Does anyone know if the pedestrianisation of the city centre really did give better access to Dixons?

And there is Norwich City Football Club.

If ever there was a yoyo club it’s this lot. Just stay down. Nobody wants you here. It’s insanely difficult to get to Norwich despite it never looking that far away on a map. You had your moment against Bayern (hey, haven’t we all?!), but now it’s really time for you to settle down as a lovely little mid table Championship team.
A look at their team suggest it probably won’t be that long until they are back there to be honest. John Ruddy may or may not make his way back to Goodison this Tuesday. A few people saying we could do with him now. Is he better than (spit) Tim Howard? Yes probably. Are you better than Tim Howard? Yes. Jurassic Park!
Alex Neil is a funny one. He is apparently 34 but acts like no 34 year old on the planet. Coming down here from Hamilton and getting Norwich up via the play offs was actually pretty impressive. The problem is he think he’s Rod Stewart. Some sort of superstar. No mate, you manage Norwich City. You’re Delia’s latest bit of fluff.
Not sure how they will line up to be honest. Depends how serious they are taking this cup. I’d guess not very as staying up will be their thing. This might see the likes of Gary Hooper get a game in place of the constantly Everton linked Mbokani (no chance i’m having a go spelling his first name), or Cameron Jerome may join that exclusive list of decidedly average strikers to score past us. Thank god Carlton Cole is at Celtic these days.
Essentially, there is nothing for us to be scared of here. But you know. Everton. 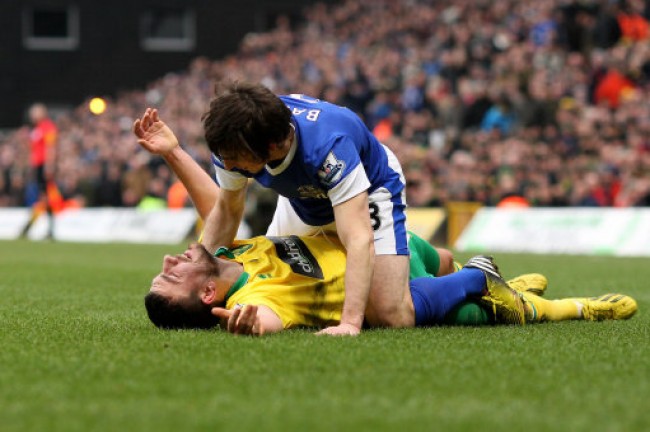 Expect a few changes to your Royal Blue Jerseys for this. Joel should come in in nets. Which perhaps should have happened way way before. The only way we will have a clue if he can do better than our current keeper is to give him a run of games. One every 3 or 4 weeks is going to tell us nothing. Anyway, Joel will play.
At the back I can see Galloway getting a bit of a rest. What a player this kid is. He works like a Japanese prisoner of war. But a happy one. Deserves a bit of a rest, as long as we have an adequate replacement. Where is Bryan Oviedo these days? We all love Bryan, I just hope his horrific injury hasn’t seen the last of his good days. The skipper looks to be out for a while but Argentina’s Funes Mori is showing that low and behold Martinez does know how to spot a defender.
In midfield, likely changes. Should Basic be fit he will come in, Osman too possibly and we should have Kevin Mirallas starting from the start. Something we really have missed. Even if the boss can’t spot it. Lukaku or Kone up top? Why not both hey? 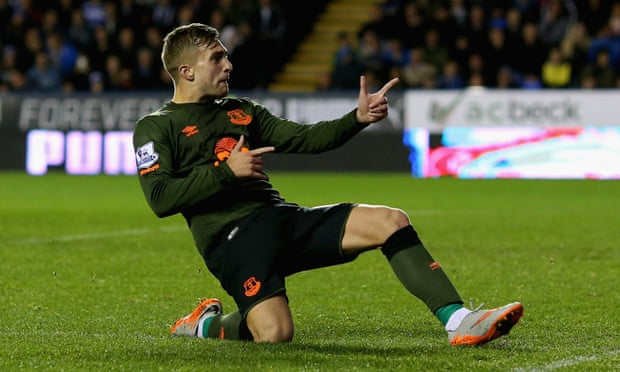 I reckon Mr Martinez right has his eye on this cup. We’ve made hard work of a League One and Championship teams so far, so don’t expect anything too different here. It’s likely to be that all the way through to the final. Yeah, that’s right the final. It’s happening. Not my words, the word of Shakin’ Stevens.