Kansas City based investors are exploring a potential takeover of Everton FC, according to reports this morning.

Rumours of a potential takeover were discussed in the early hours of this morning in our forum, and have been given some substance by Richard Conway, the sports news correspondent for BBC Radio 5 live who tweeted;

The Chief football writer for BBC Sport’s website, Phil McNulty, responded to fan cynicism regarding the timely news ahead of a AGM, insisting the source wasn’t Everton;

@AlunWilliams16 All I can say to that is that the information did not come from Everton – and that is 100%. 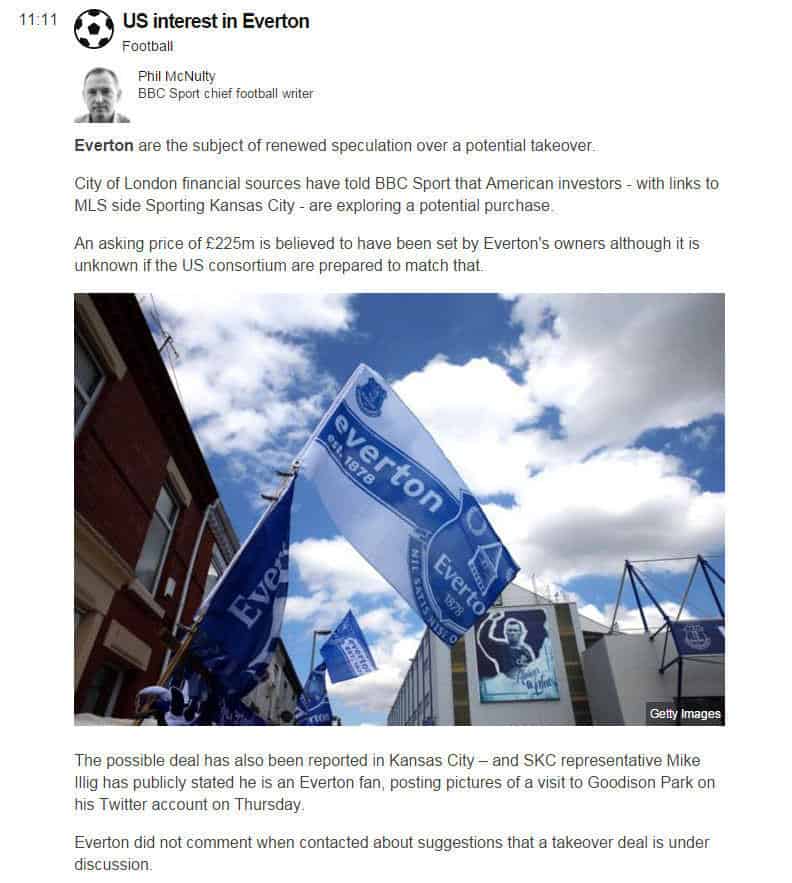