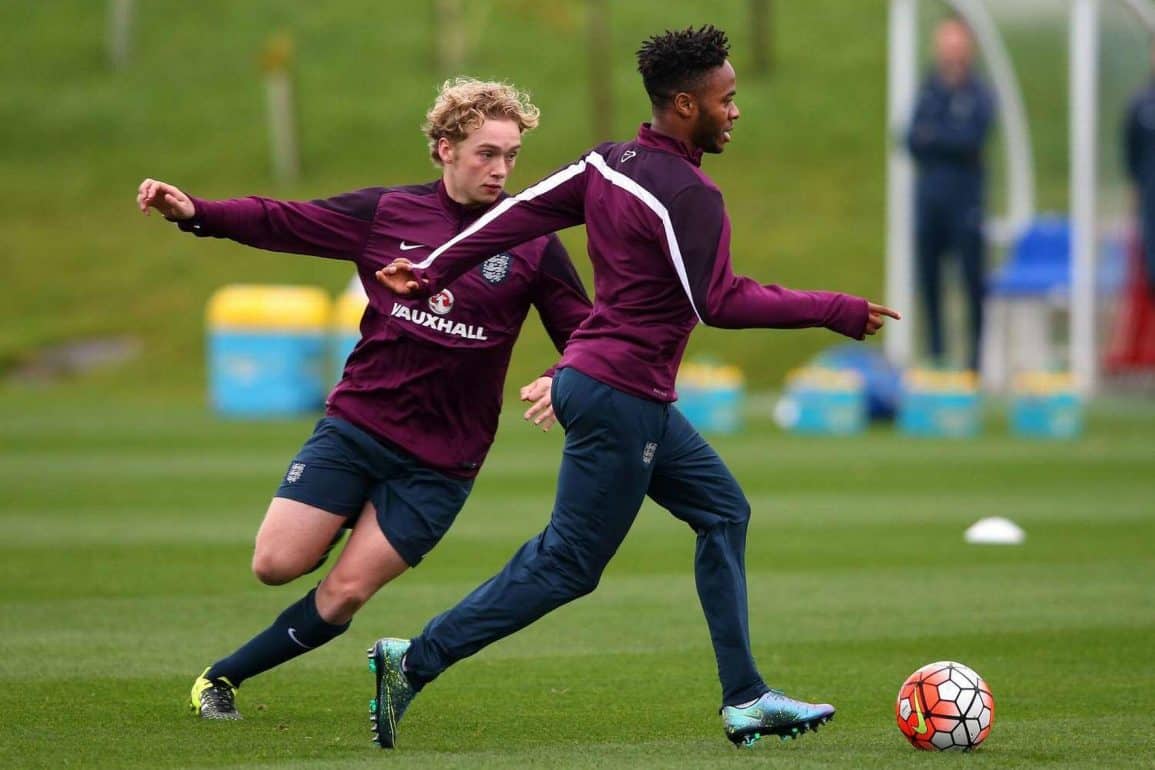 One of Everton’s gifted youngsters, Tom Davies, has been rewarded for his progression with the England U-17s by being invited to train with Roy Hodgson’s senior squad.

The 17-year-old, who signed his first professional deal with the club last month, joined in alongside club-mate Ross Barkley, Chelsea‘s Gary Cahill and Manchester City’s Raheem Sterling at St George’s Park this morning.

Liverpool-born Davies penned a two-year contract in September following his progress with David Unsworth’s Under-21s side.

Speaking at the time he said: “I’ve been here since I was in the Under-11s so that’s around seven years now. It’s been hard at times, but enjoyable and I’m very glad I’m still here.

“To sign my first contract is all I’ve ever wanted to be honest.”

“To get it done is really exciting and allows me to push on for the future.”