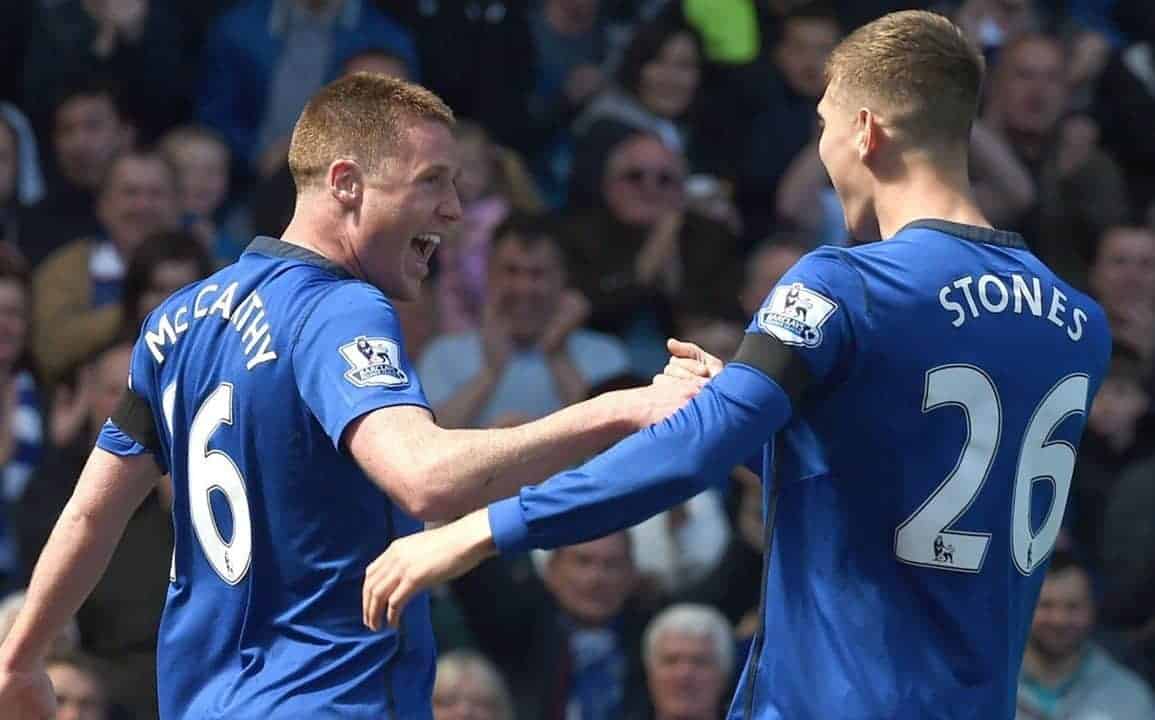 McCarthy: “We are going places”

James McCarthy is convinced the current Everton squad is going places, and praised the club for making a big statement this summer by retaining key places.

“It just shows we want to build and we want to do well – it’s a measure of the ­ambition here at Everton.

“The manager, the ­chairman, the whole club made a big statement in the summer by keeping everyone together.

“And this could be a really big season for us.

“Kevin Mirallas signed a new contract as well as myself, and we kept Stonesy.

“We also brought in Tom Cleverley, Gerard Deulofeu, Aaron Lennon and Ramiro Funes Mori, all international players, and you can see that we are trying to build for the future.

“We have a really good squad at Goodison Park and we believe we are ­going places.

“It’s just a fantastic football club and, while I was aware of the rumours about my own ­future, my focus was on Everton and I was delighted to commit my future to the club for the long term.”