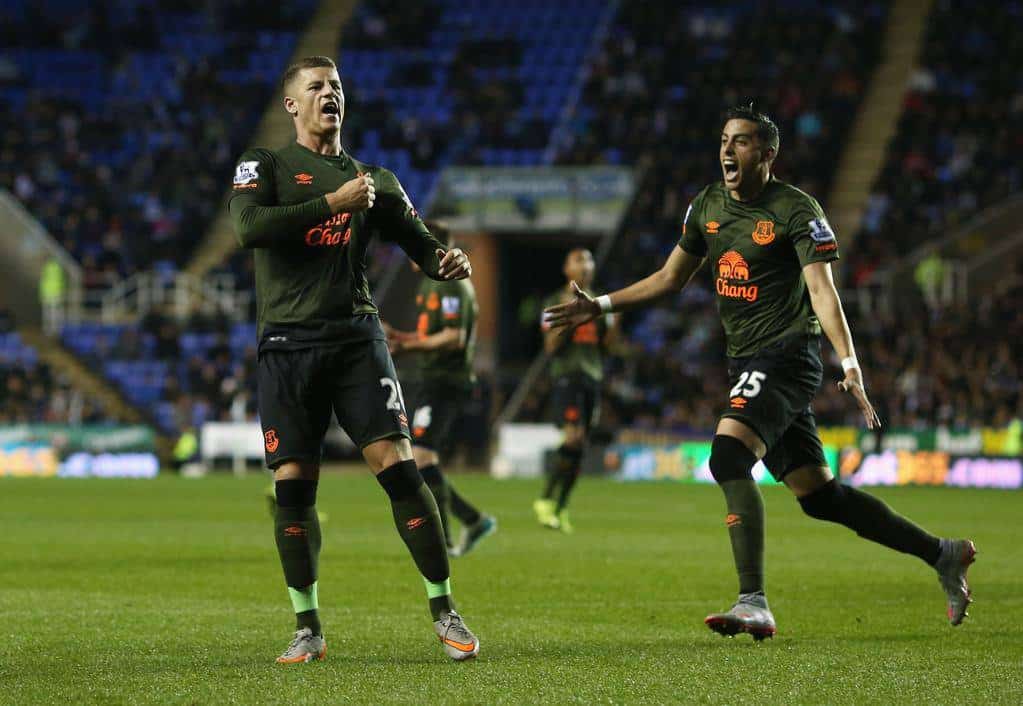 Goals from Deulofeu and Barkley see Everton come from behind to secure a 2-1 victory for Everton at Reading.

Reading made eight changes and gave full debuts Alex Fernandez, Ola John, Lucas Piazon and Paolo Hurtado. Peruvian Hurtado forded Joel Robles into an early acrobatic and the Spanish keeper also made saves from Blackman and Tshibola before the Royals deservedly took the lead after 37 minutes.

Everton’s five changes included Aaron Lennon starting at right-back and Funes Mori making his first start as left-back. But both were culpable for the opening goal.

John crossed from the Reading left and Funes Mori seemed unaware Blackman was barrelling in behind him to volley home his seventh goal of the season – and his sixth in the last six.

Martinez knew his lacklustre team needed shaking up and he replaced Arouna Kone with Gareth Barry at the break while John Stones was replaced by Brendan Galloway four minutes into the second half.

Everton’s improved display earned the equaliser after 62 minutes when Deulofeu’s corner was headed out by Alex Fernandez and Barkley, who made his Everton debut in August 2011, fired home from just inside the box.

Deulofeu then celebrated his first start of the season with a 30-yard free kick which went over the wall and via goalkeeper Al Al Habsi’s hands and the post for the winning goal.