Enjoy that? You betcha! Ready to meekly roll over to Swansea in the next game? Hell yeah!

And with that we stride on in the Premier League with a wee bounce in our step after we avenged Chelsea in basically what was a straightener after they tried to take our bird home in a bar one night, dead brazenly.

Who looks the tit now? In our recurring weekend dreams this was the result that springboards us to previous successes and we all live happily ever after, happily stumbling out of the Oak or the Winslow or the Frost and ringing a Delta after celebrating winning our tenth league title.

Togger don’t work that way no more sadly so these ace weekend successes are dotted amongst the quagmire of your average league season, and should be celebrated as though Ratcliffe is about to launch another cup above his head.

So next game then, and in the (perhaps welcome) absence of European competition it’s the only competitive game we’ll get to play on foreign shores as we head to South Wales to take on the team that took the reinvention of passing from “Xabi lar” and reinvented it some more before declaring themselves the best passing team around, sin Barcelona.

And for that they must pay. Or must they? Truth it it’s easier to sit here and type previews tearing into opposition that do your head in but in the case of Swansea they don’t invoke much feeling in me, or perhaps you. They toddle along doing their thing and occasionally getting a good result but it’s only a matter of time before their financing falls through or they have a duff manager for a season and they dip out of the spotlight never to be heard of again until next time they get their act together, possibly a few decades later.

Not that it’s anything personal, on the contrary there’s much to admire about South Wales and its people. They’re generally warm and uncomplicated, their females exclusively of the grotty type and if you have a mate from down there they are good people to go on the ale with. That lava bread thing needs jibbing off though.

Finishing above us for a season spawns all sorts of quiff haired nonsense in the land of the internet and media where it’s now accepted that they’ve defeated our entire history and took our very soul itself. Thing is with Everton is that if you play us enough times you’ll eventually get your moment in the sun as we conspire to out Everton ourselves in due time. But lets make no mistake here, we are miles and miles better than Swansea and on Saturday if are arsed then we’ll soccer them off the pitch and leave the freckled lip of Brylcreemed Garry Monk trembling, the same Garry Monk who needs to realise that ginger lads can never look handsome, so stop messing about with the hair and just shave it off, get in the gym and target girls who like a drunken smashing. Get some jarg tattoos if you like too, you’ll fit right in around South Wales with them.

Swansea made a decent start to the season and I can’t be arsed checking if they’re above or below us in the league but they dipped to ten men Watford on the weekend. No criticism of that as we were an Arouna Kone pube haired width away from similar on the opening day. It means no doubt that they’ll be fired up in training to “respond” on Saturday. But once again we just have much better players and should put them to bed without a whimper.

The cockiness that beating a crap Chelsea team at home can breed eh? 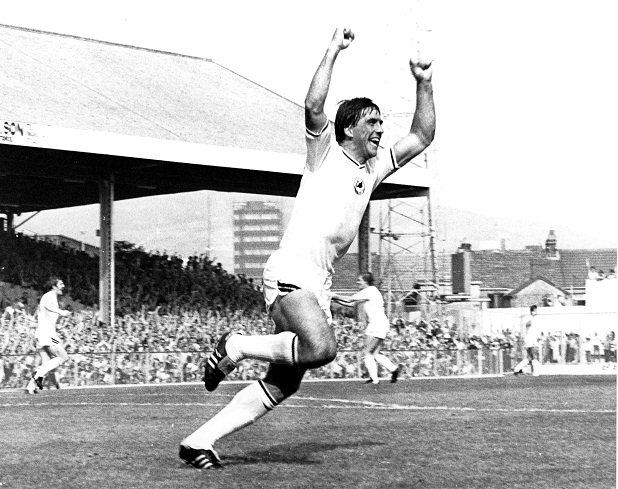 Up front they have that Gomis grock who looks like a stem cell research project involving The Predator and Regi Blinker. He’ll be dead athletic up front but hopefully lay off dejected around the 28 minute mark when John Stones gives him the eyes and easily leaves him on his arse while he glides up field ready to start another Everton attack.

Midfield of theirs contains glorified shitpony Jonjo Shelvey who is dead bald and was gonna be the new Stevie until he wasn’t gonna be Stevie because Jordan was instead but he still loves a long raking ball and shooting from distance, and still keeps Stevie in his contacts on his phone to occasionally show off when scrolling for someone else even though Stevie has changed his number twice since then and wouldn’t even let onto him. The pair of massive festering shithouses.

Not sure if Sigurdsson will play but the lad has a hell of a dig on him, and I like that in a player. He’s like a fitter more mobile and less cyclist assaulting Darron Gibson. Oh and put your trabs on for f sake Darron when you’re ordering your diesel at the pump, you look a right state and no wonder people got onto you. Montero is a boss little fast winger who will give our full backs a problem or two but I’m not going to dedicate a paragraph to each of their players so something about Ayew and Cork and that Ashley Williams who we were apparently going to replace John Stones with despite him being 31 and trying too hard to model himself on a passable extra from Boys in the Hood. Fabianski in goal.

They’re going to come at us and perhaps for the first few minutes it will be like we’re Croatian border police on the receiving end of the playground’s biggest ever game of British Bulldog, but beyond that we should just leather them for even thinking they belong on the same pitch as us. Even if it’s their pitch, it’s ours now.

Want to know more about Swansea? Course you don’t so lets chat Everton. Lukaku has been quieter in the past couple of games after a promising start but that would be disservice to his quietly efficient work up front in the last game. It certainly helps him a bucketful by having Kone up there to share the load with. Lukaku’s liable to score boss braces in games like these so here’s hoping.

“Super” Stevie Naismith looked every inch the eight million player and despite the occasional melt wanting him sold he’s exactly the type of player you need around the squad to get through a season with some success. It would be highly unlikely he won’t start this game after that so I imagine we’ll see him on the left until around the 65th minute mark when Swansea’s second goes in and we’re all screaming for the sex of Mirallas or Deulofeu.

Main man at the moment is Barkley, it’s like you don’t want to say it too much in case his head goes and he reverts into his shell but this season has been something of him coming out of a chrysalis and making the game look incredibly easy against some of the best players in the world. “He doesn’t do any assists though lad”. Put down the FIFA and count them up so far this season lids, he’s boss and he’s ours.

Barry’s blowing hot and cold but is more suited to one game a week and he will start with McCarthy. As a pairing they are more effective when a team come at us, and I expect Swansea to do just that so hopefully they can be the reliable axis on which ace Everton things happen. 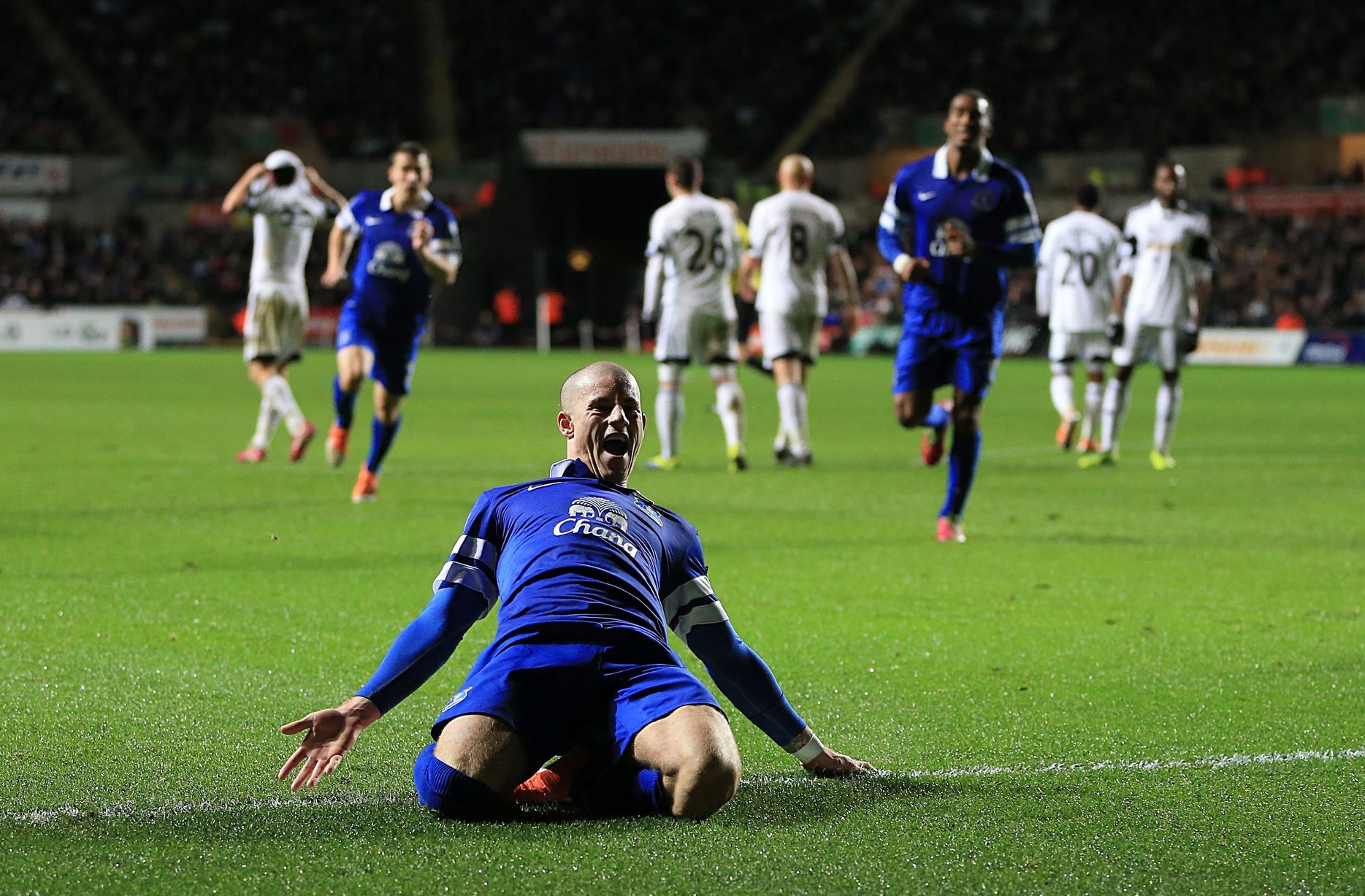 Jagielka and Stones are our latest centre back partnership that are good at what they do, we’ve been fortunate as a club to have over a decade of such partnerships now, save for the odd Koldrup here and there. Stones took the headlines against Chelsea for basically taking the piss out of them at times but Jagielka was excellent, as he has been for just on eight years for us now. Baines is always a miss as left back but its gave opportunity to Galloway and he’s confidently going about his business making progress, Swansea’s pacey and direct wing play will be another test for him.

Looks like Coleman will be missing at right back – a shame as he’s been much improved this season – so not sure what will happen there, if it will be Browning, Pennington, Stones or even is Hibbert fit? Tim Howard in goal. 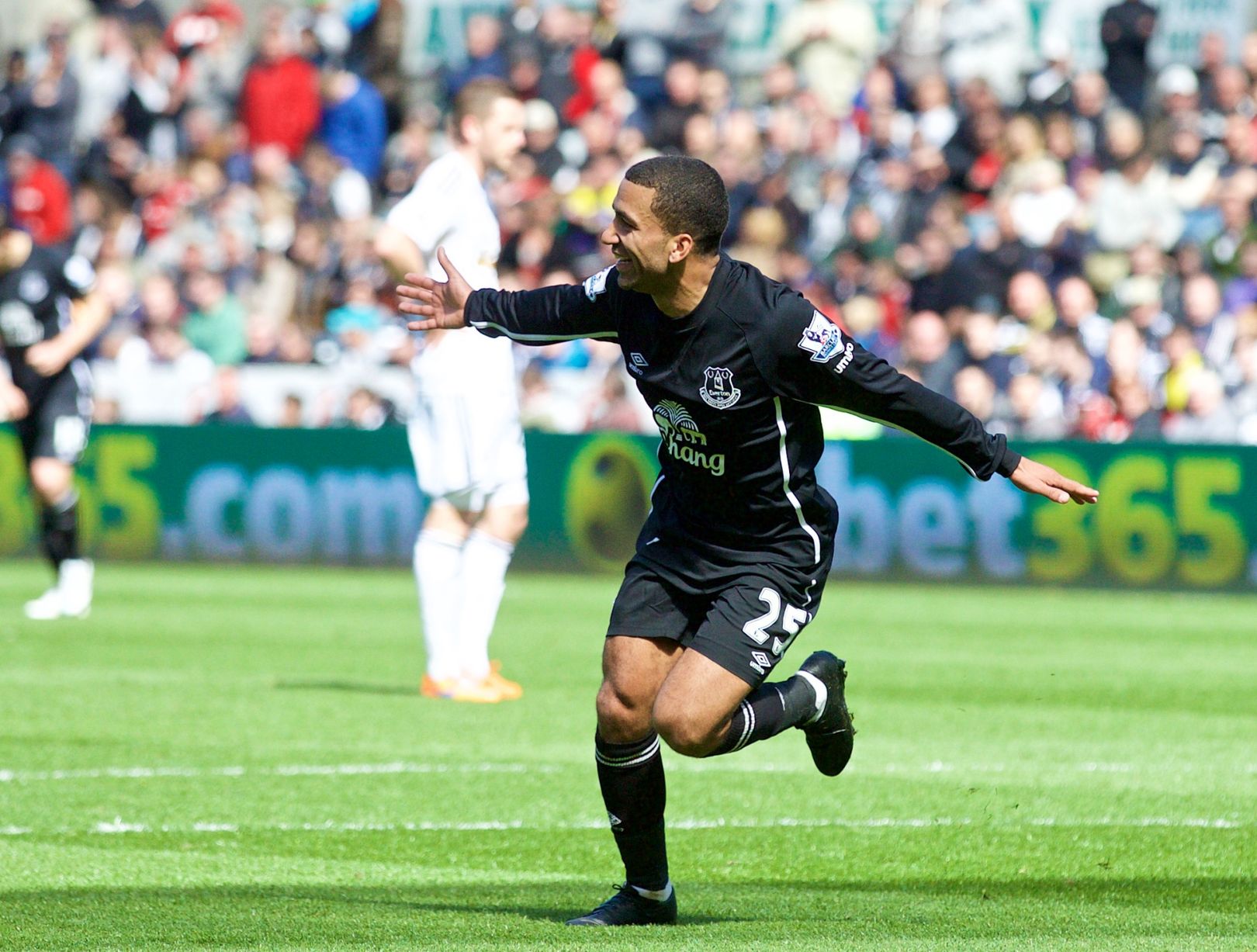 We end as we started in acknowledging that it probably won’t be that way and a spirited Swansea will turn us over but it’s been a good week to be a blue and if one can’t allow themselves a little optimism every now and then, well what’s the point?

Play the footie Everton, you’re better than these.