Sometimes in life we pay a heavy price for moderation, and in this most moderate of seasons it’s particularly true….

In the enforced absence of our regular previewer, we’re potentially in a lose/lose situation here, I’ve had to write it and you have to read it, so apologies if you’ve turned up expecting Dean and got Kone.

I’ve written the preview with no reference to the match itself as you all know at least as much about Everton as I do, and most considerably more.

For the last time this season our travelling hordes rise early to set off for London. I live in London so for me, I’ll be catching the District Line around 1pm, however as ever, I will be in awe of the commitment of our travelling fans. A completely meaningless fixture (Fair Play aside) and we’ve again sold out. Truly amazing.

So not only is this our penultimate game of the season but cup draws aside, it is our penultimate visit to the Boleyn Ground, so called as it rests on the site of Boleyn Castle, supposedly the home of Anne Boleyn.

In common with ourselves, West Ham United moved to this their current home as a result of a rent dispute – it was in fact the playing field of a Roman Catholic School.

Unlike us, they’re moving on to a brand new (ok slightly used – an ex demonstrator) stadium seemingly paid for by everyone but the beneficiaries themselves. The only bigger beneficiary is Lord McAlpine who won the most recent redevelopment contract at Boleyn (early 2000’s) and of course, the Olympic Stadium construction contract.

When London was awarded the Olympics in Singapore on July 6th 2005 was this really the legacy we had in mind?

Anyway, as I can’t tell you anything you don’t already know about this season, nor about West Ham, in a break with tradition, here’s a trip down memory lane with a view clips of past games.

As Benjamin Disraeli said, no doubt with away games in mind “Like all great travellers, I have seen more than I remember, and remember more than I have seen”

Let’s begin with a cultural reference to the old Inter City Firm.

West Ham away has generally been a kind fixture for Everton, of the 55 League games we played there we’ve won 23 and drawn 14, so finding winning games has not been too onerous.

I’m going to start with the Championship winning season of 1969-70 and a lovely goal by Alan Whittle in a 1-0 victory, following a very rare Booby Moore error:

Next we have the game immediately after our controversial defeat to AC Milan in the UEFA Cup in 1975, again finishing 1-0 to the Blues, this time courtesy of Gary Jones, who says we can’t win after a European game?

In season 77-78 we had an early visit to West Ham, an excellent game with a great lob from Ronnie Goodlass to open the scoring. Despite leading twice we settled for a 2-2 draw. 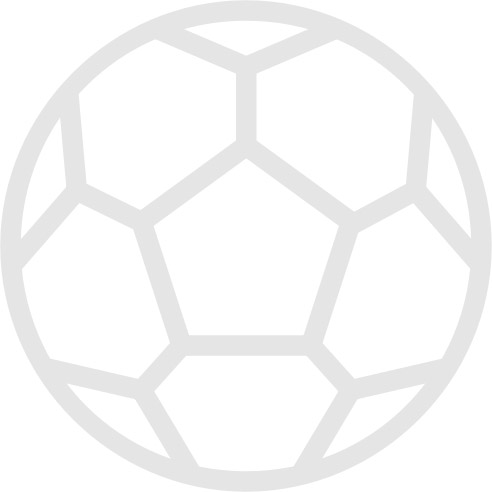 Moving forward to 1988-9, yet another 1-0 victory, this time courtesy of tricky Trev.

To finish this random selection of videos, just in case it slipped your memory, last years fantastic 3-2 victory

So that’s it, rather like those individuals who earn one international cap through injury to all those much better qualified, I’ve had my chance at writing a preview for probably the one and only time.

In that spirit, I’ll say farewell and ask you to raise a glass to absent friends, of which there’ll be a few, no Baines and no Bill Kenwright neither on Saturday. Friend or not, we wish them well.

Safe travelling to all Blues, and happy viewing for those not present at the game itself.