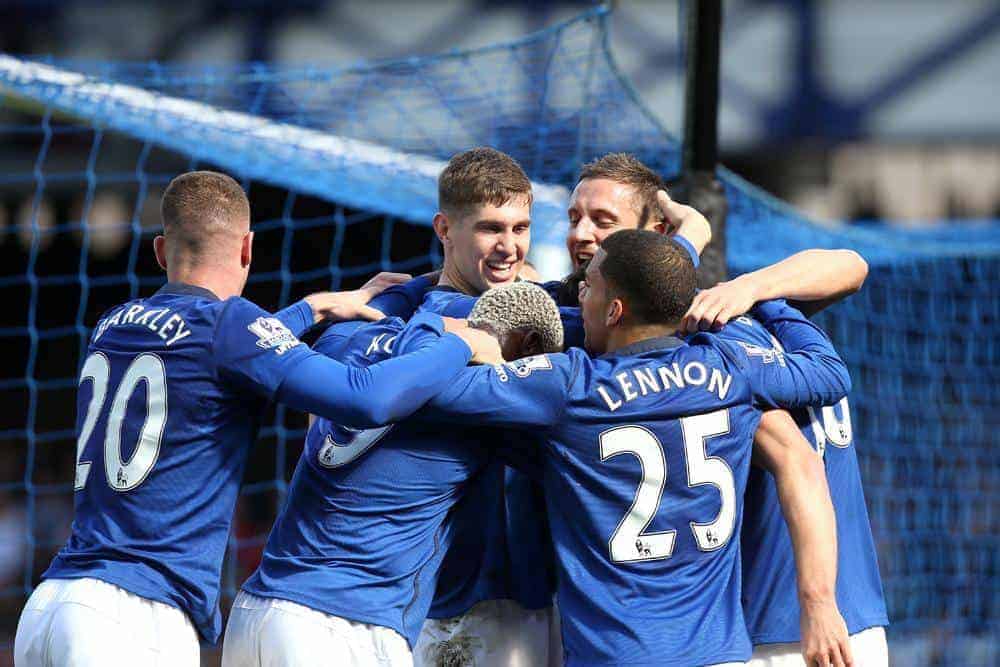 I mean there we were, snarling at them and trying to forget about them during the week to maintain a neutral mood and then the pressure is right off and they start beating teams again in a pleasant manner. And all that makes me think is what utter shithouses they are.

Oh but how I love them. 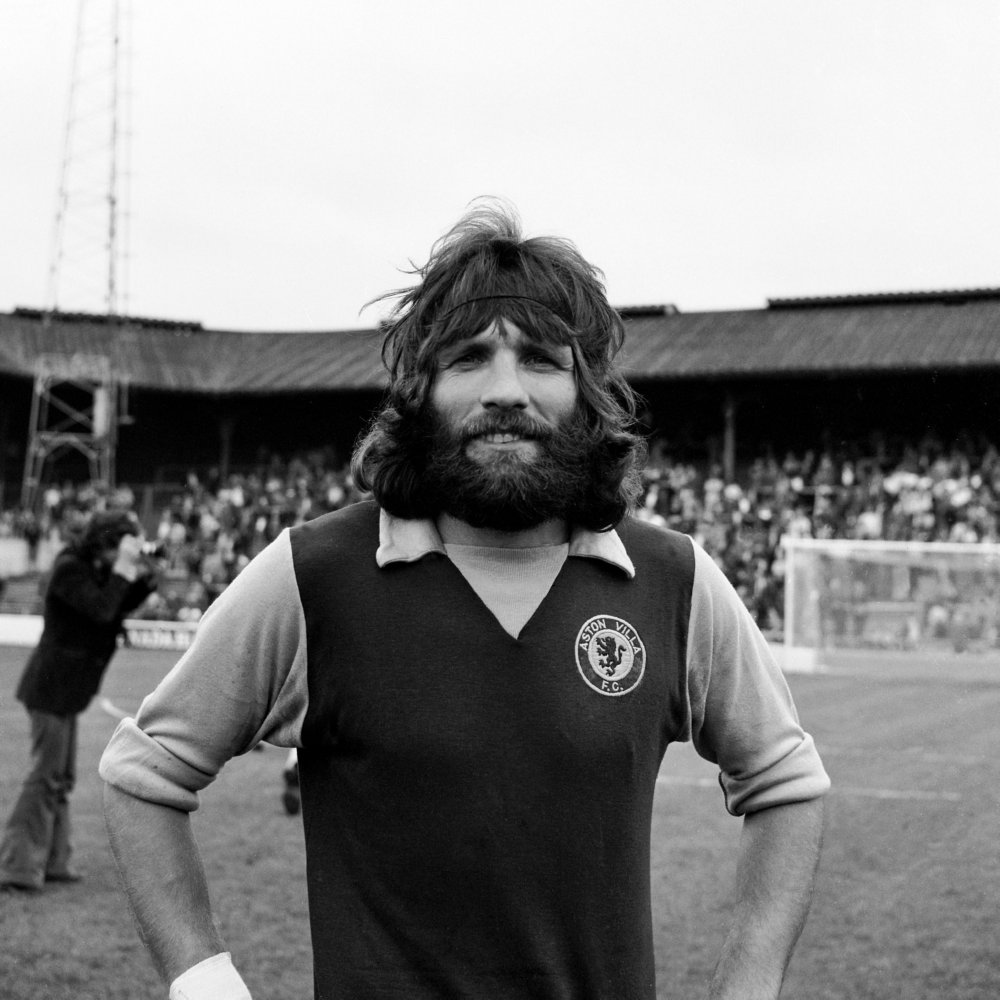 United were beaten with relative ease for your viewing enjoyment last weekend and I do hope you soaked it up. The media, predictably, focused on United’s woes and deficiencies but just over a week before that they were on a great run and the team to fear in the country, apparently.

Everton were in no mood for their rubbish though. Right from the moment some beauts (concourse or not) singing through the minute’s silence for Philip Carter it was clear to see an Everton team really go at a top team with belief. You know what happened next but it was a beautiful fusion of team, ground and fans all over a opposition that couldn’t handle it. No whopper chants. No sponge hands. No zany banter. Just good ol’ Everton monstering a bunch of Mancs whose arses went.

So that brings us onto this week’s opposition with lowly Aston Villa being hospitable enough to welcome us to Villa Park for the final stretch of league games before you can start finding something better to do with your weekends. By the way, when I said “welcoming” I really meant “tediously hitting us with an orchestrated torrent of yokel banter” that makes you want the next Nepal style event to epicentre right there in the centre circle of a packed Villa Park. But rack it up to a ten point something.

It shouldn’t be this way as there’s much to admire about Aston Villa FC. A traditional club as you can get with genuinely impressive achievements in the game and a true working class and local fanbase. Birmingham itself is full of warm hearted down to earth people, it’s hard not to like them. Place them in an Aston Villa shirt and geordieisation begins. And it accelerates at a racing speed unless halted. They’ve just got this liking football thing all wrong, massively too over eager.

Remember them thinking they were breaking the big time because the American gave Martin O’Neill some money to spend? Piped right down you stonewashed jeans wearing teds. Villa started paying back the massive debt they owe to us by wonderfully dumping the big red out of the FA Cup Semi Final, when Villa were expected to step out of the way for the Sterling Globetrotters to [Poor language removed] them silly and then have a clear go at Arsenal. Sherwood is a tit but he’s at least an obstinate tit. And as Gerrard gave the long stare of realisation and regret into deep space – with the camera catching it in full wonderful technicolour HD – your heart melted a bit at Villa doing a job on them.

But before we progress with the healing process they really need to stop dressing like they get ration vouchers for clothing, and the only place that accepts them is St John’s Market, in 1997. It is mostly a futile complaint as telling an Aston Villa fan to stop being scruffy is like asking a dog to stop licking it’s balls.

So Villa are on a bit of a run, playing with confidence where shortly before there was uncertainty and despair. A perfect match up against us then, but they need the points more than us as they’re still not out of the muck at the bottom. Should be a really good match at a ground we’ve had some really decent results at of late. 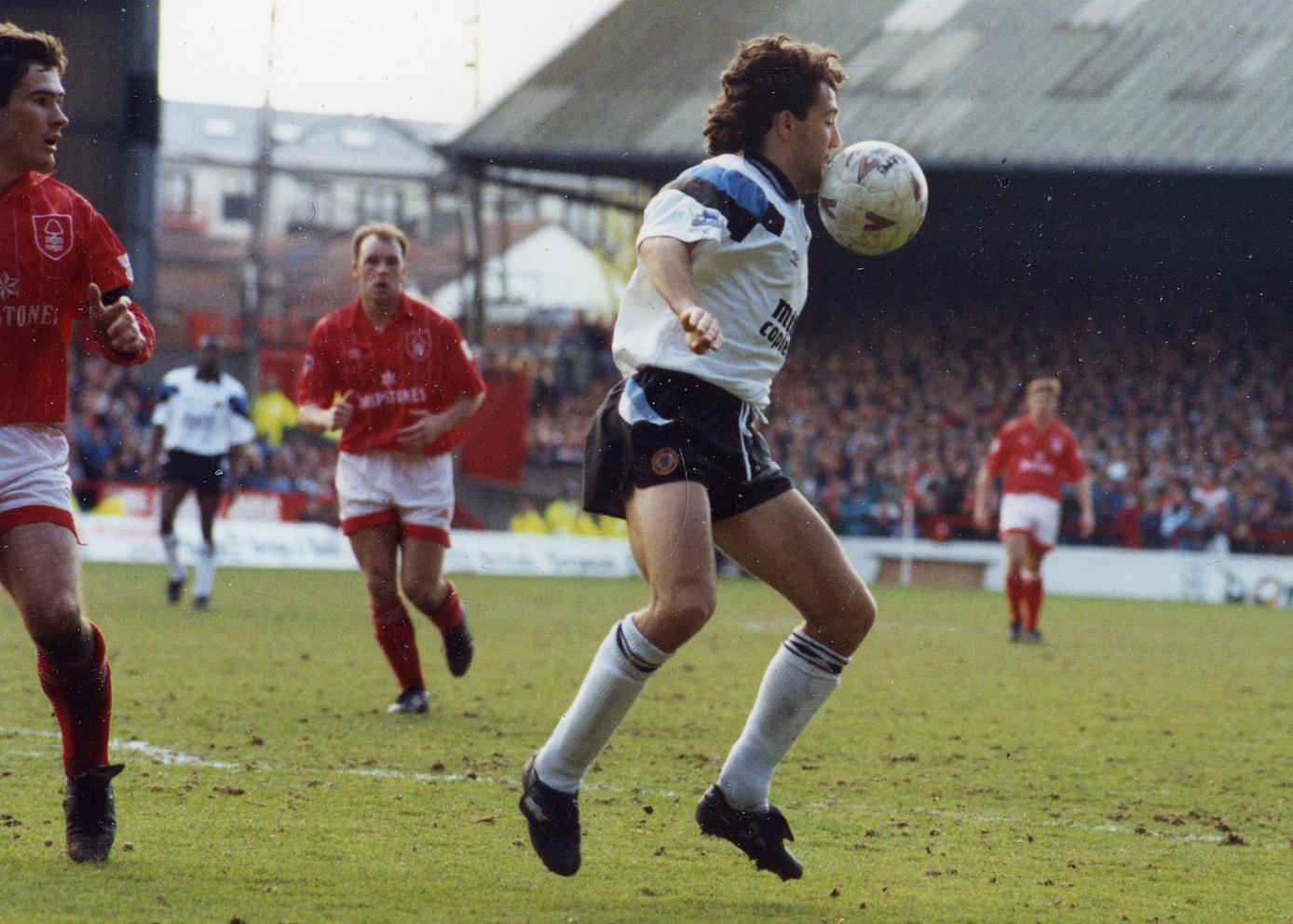 Personnel wise they have some genuinely good players. Benteke has remembered that when he’s arsed he is a real handful for most defences. Stones has passed a lot of tests with flying colours of late but this big fat beaut will be another type of threat to better. Mars Attacks headed Agbonlahor is out through injury so it should be young Jack Grealish who sits behind and provides the playmaking.

Midfield will be looked after by the very impressive Fabian Delph who is one fine midfielder indeed, he’ll be helped the comically bad barnetted Carlos Sanchez and Martinez’s muse – Tom Cleverley who no one knows if he he’s any good or not. I think the main problem with him is that he looks like he’s an aspiring beak dealer from Macclesfield who wears Goi Goi trabs and only goes to Toni & Guy for the free bottle of Budweiser and to be seen.

Speaking of which, what was you? Budweiser or Becks? Hooch or Two Dogs? Moscow Mule or Smirnoff Ice? Thunderbirds blue label or Kessy Super Strength? Or the “Birkenhead roulette” smack v heroin. And a special mention for the relegation to part time football for Tranmere Rovers, you undercover kopite rats. You still buzzing now?

Defence has problems with Baker and Clark out, Senderos is apparently in with a shout and it’s clear to see why this is the position where Villa have been suffering terribly with. Quite simply, their defence is utter dogshit and if we have the same clinical edge as last week then we will get goals. Simple as. It’s not decided if Guzan is in goal after a day to forget last week against Man City. Tim Sherwood controversially ignoring the Premier League rule of having to persist with an American goalkeeper even if they’re throwing points away most games. Throw the book at him.

And that’s your Aston Villa, well they’re not yours. Unless you’re Randy Lerner who looks exactly what I’d expect the actor who played the ghost on the train in Ghost to look like if he turned up in real life for a celebrity jungle programme.

So that just leaves us Everton. You can pretty much guess the team. Lukaku the big sulking hulk when no one lays on a square ball to him and scores themselves. Aye I seen it. And more of it please, knock that gozzy beaut out next time he denies you creeping closer to 20 goals.

Martinez could revert back to just Barry as a defensive midfielder for this, which would push Barkley and McCarthy further forward to forage for goods in the midfield. Lennon is looking like he’s settled right in at Everton and should be preferred on the right and it’s a tough one on the left as Martinez may reward Mirallas with a rare start or persist with Osman who with him in the team just makes Everton player better. The last place you want to be right now, well apart from being black and in the back of a police van in downtown B-more, is pitting your wits against Everton’s defence. It’s become miserly again and while most are rightfully cooing over John Stones it is in large part too to Jagielka playing as consistently well as he has done for us.

Coleman is looking much more assured with Lennon and his work rate in front of him and Baines responds better to a ball player like Osman. Astounds me on reading Evertonians this week fuming that Baines is blocking the progress of Luke Garbutt. Sometimes we don’t appreciate what’s right in front of us, certainly not the best Everton left back I’ve seen anyway. Tim Howard in goal. 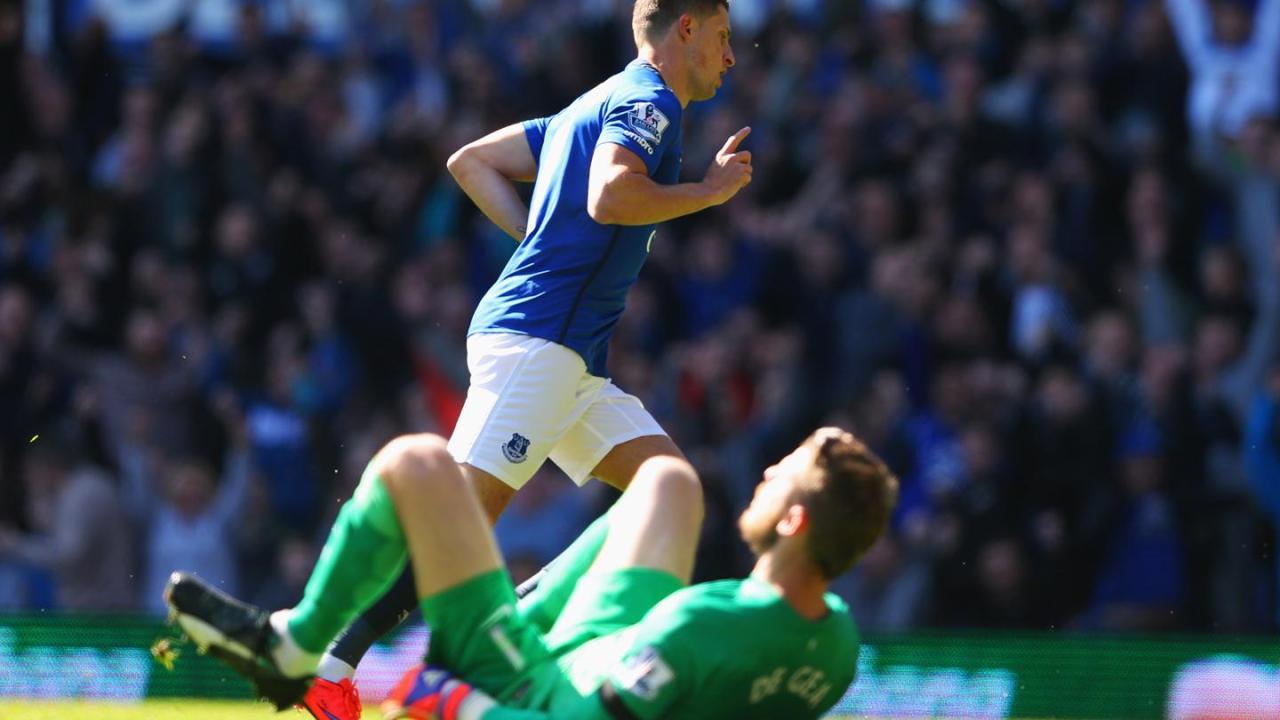 Five out of six wins won’t be enough to boost the season tickets to previous levels, neither will the ill advised stickers, but it is building some much needed goodwill that the current people running the team have the minerals about them to learn and push on next season once more.

For if you lost that little bit of enthusiasm and belief what really is there? Weekend beers? OK. Travelling to minty civic centres in the name of football? Oh go on then. Fretting over selling boss young players? Defo.

Enjoy talking about Everton while you can.